Context. Grids of stellar models, computed with the same physical ingredients, allow one to study the impact of a given physics on a broad range of initial conditions and they are a key ingredient for modeling the evolution of galaxies.
Aims: We present here a grid of single star models for masses between 0.8 and 120 M⊙, with and without rotation for a mass fraction of heavy element Z = 0.006, representative of the Large Magellanic Cloud (LMC).
Methods: We used the GENeva stellar Evolution Code. The evolution was computed until the end of the central carbon-burning phase, the early asymptotic giant branch phase, or the core helium-flash for massive, intermediate, and low mass stars, respectively.
Results: The outputs of the present stellar models are well framed by the outputs of the two grids obtained by our group for metallicities above and below the one considered here. The models of the present work provide a good fit to the nitrogen surface enrichments observed during the main sequence for stars in the LMC with initial masses around 15 M⊙. They also reproduce the slope of the luminosity function of red supergiants of the LMC well, which is a feature that is sensitive to the time-averaged mass loss rate over the red supergiant phase. The most massive black hole that can be formed from the present models at Z = 0.006 is around 55 M⊙. No model in the range of mass considered will enter into the pair-instability supernova regime, while the minimal mass to enter the region of pair pulsation instability is around 60 M⊙ for the rotating models and 85 M⊙ for the nonrotating ones.
Conclusions: The present models are of particular interest for comparisons with observations in the LMC and also in the outer regions of the Milky Way. We provide public access to numerical tables that can be used for computing interpolated tracks and for population synthesis studies.

The numerical data of the present grid are directly accessible on the web page at https://www.unige.ch/sciences/astro/evolution/fr/base-de-donnees/. 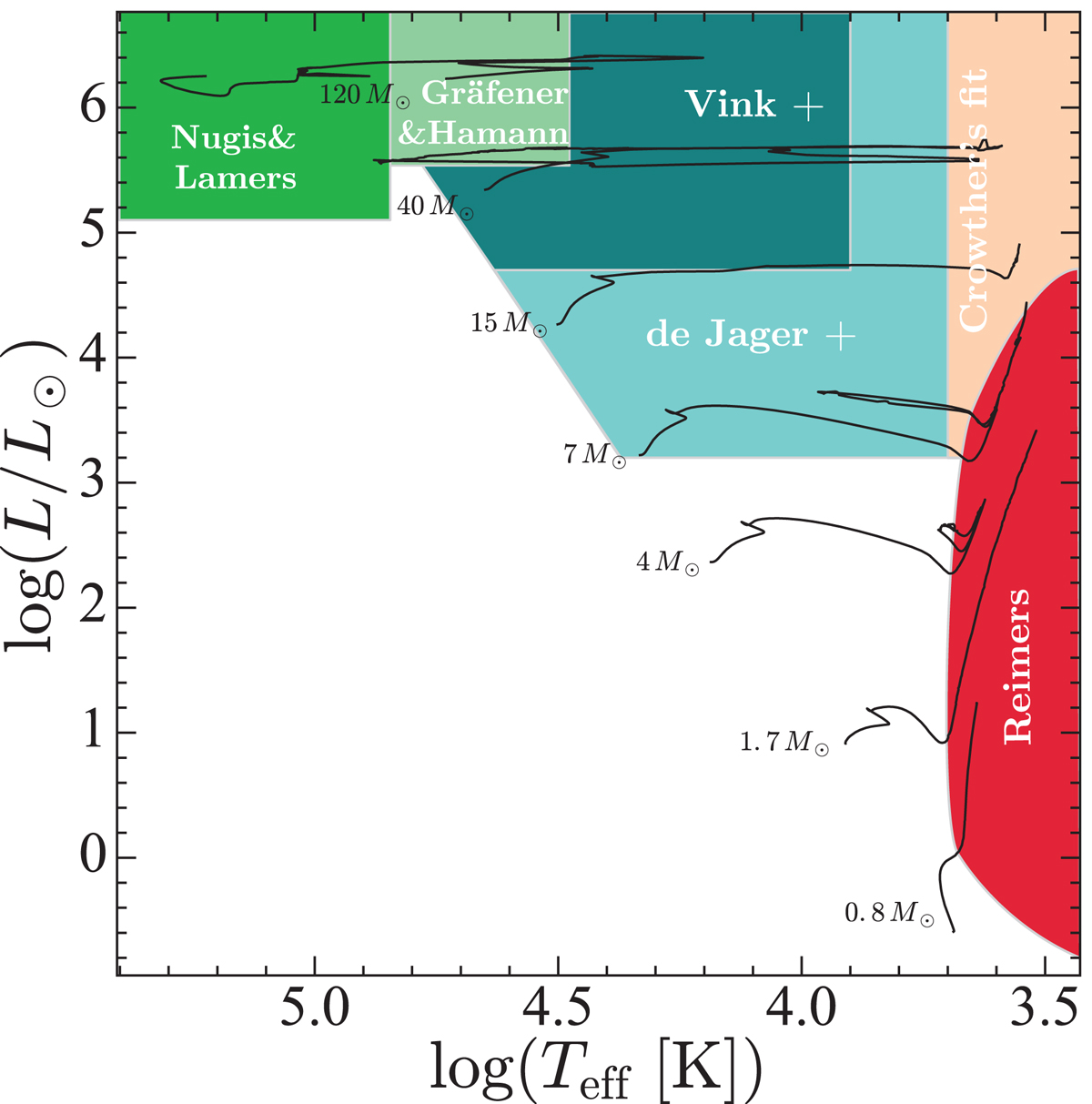