We analyze high-resolution spectropolarimetric observations of a flux-emerging region (FER) in order to understand its magnetic and kinematic structure. Our spectropolarimetric observations in the He I 10830 Å spectral region of a FER were recorded with GRIS at the 1.5 m aperture GREGOR telescope. A Milne-Eddington-based inversion code was employed to extract the photospheric information of the Si I spectral line, whereas the He I triplet line was analyzed with the Hazel inversion code, which takes into account the joint action of the Hanle and the Zeeman effects. The spectropolarimetric analysis of the Si I line reveals a complex magnetic structure near the vicinity of the FER, where a weak (350-600 G) and horizontal magnetic field was observed. In contrast to the photosphere, the analysis of the He I triplet presents a smooth variation of the magnetic field vector (ranging from 100 to 400 G) and velocities across the FER. Moreover, we find supersonic downflows of ∼40 km s-1 appearing near the foot points of loops connecting two pores of opposite polarity, whereas strong upflows of 22 km s-1 appear near the apex of the loops. At the location of supersonic downflows in the chromosphere, we observed downflows of 3 km s-1 in the photosphere. Furthermore, nonforce-free field extrapolations were performed separately at two layers in order to understand the magnetic field topology of the FER. We determine, using extrapolations from the photosphere and the observed chromospheric magnetic field, that the average formation height of the He I triplet line is ∼2 Mm from the solar surface. The reconstructed loops using photospheric extrapolations along an arch filament system have a maximum height of ∼10.5 Mm from the solar surface with a foot-point separation of ∼19 Mm, whereas the loops reconstructed using chromospheric extrapolations reach around ∼8.4 Mm above the solar surface with a foot-point separation of ∼16 Mm at the chromospheric height. The magnetic topology in the FER suggests the presence of small-scale loops beneath the large loops. Under suitable conditions, due to magnetic reconnection, these loops can trigger various heating events in the vicinity of the FER. 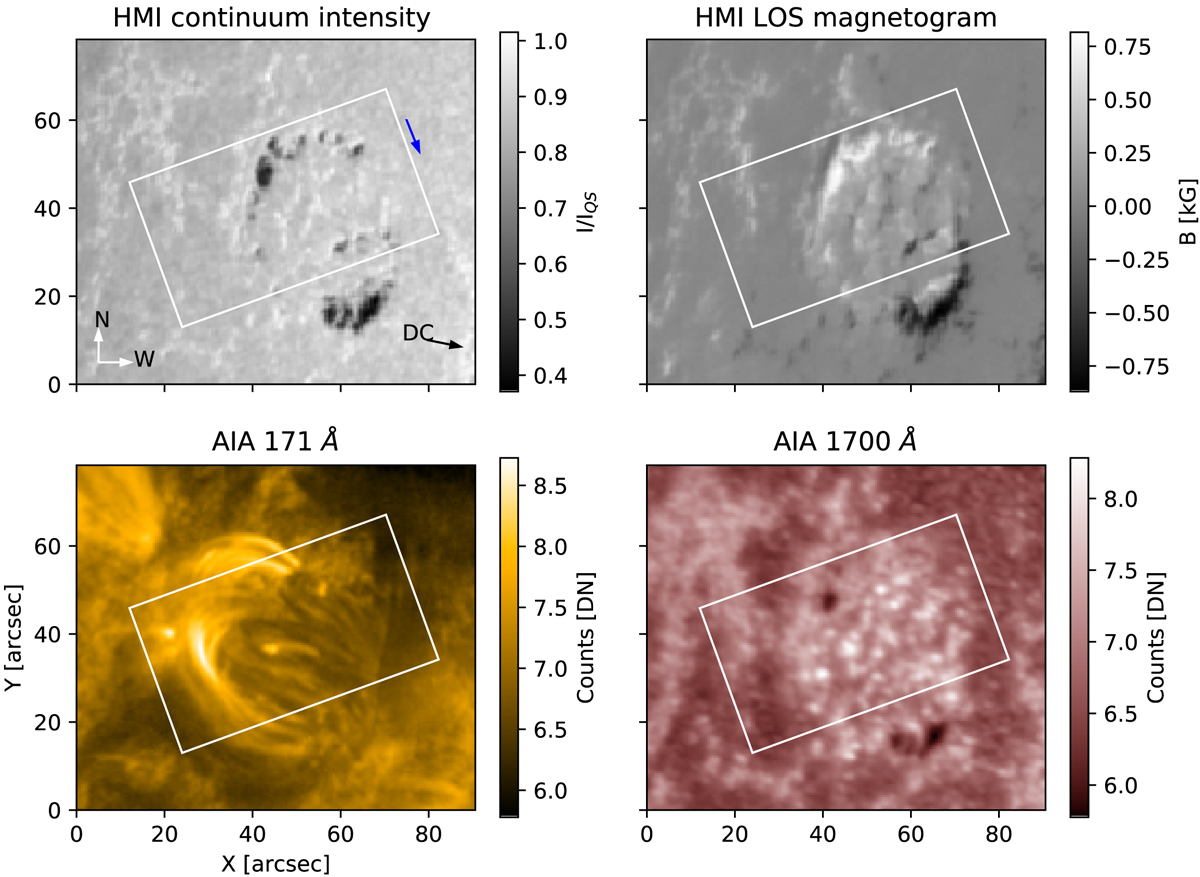