Mapping the large-scale structure through cosmic time has numerous applications in studies of cosmology and galaxy evolution. At z ≳ 2, the structure can be traced by the neutral intergalactic medium (IGM) by way of observing the Lyα forest towards densely sampled lines of sight of bright background sources, such as quasars and star-forming galaxies. We investigate the scientific potential of MOSAIC, a planned multi-object spectrograph on the European Extremely Large Telescope (ELT), for the 3D mapping of the IGM at z ≳ 3. We simulated a survey of 3 ≲ z ≲ 4 galaxies down to a limiting magnitude of mr ∼ 25.5 mag in an area of 1 degree2 in the sky. Galaxies and their spectra (including the line-of-sight Lyα absorption) were taken from the lightcone extracted from the Horizon-AGN cosmological hydrodynamical simulation. The quality of the reconstruction of the original density field was studied for different spectral resolutions (R = 1000 and R = 2000, corresponding to the transverse typical scales of 2.5 and 4 Mpc) and signal-to-noise ratios (S/N) of the spectra. We demonstrate that the minimum S/N (per resolution element) of the faintest galaxies that a survey like this has to reach is S/N = 4. We show that a survey with this sensitivity enables a robust extraction of cosmic filaments and the detection of the theoretically predicted galaxy stellar mass and star-formation rate gradients towards filaments. By simulating the realistic performance of MOSAIC, we obtain S/N(Tobs, R, mr) scaling relations. We estimate that ≲35 (65) nights of observation time are required to carry out the survey with the instrument's high multiplex mode and with a spectral resolution of R = 1000 (2000). A survey with a MOSAIC-concept instrument on the ELT is found to enable the mapping of the IGM at z > 3 on Mpc scales, and as such will be complementary to and competitive with other planned IGM tomography surveys. 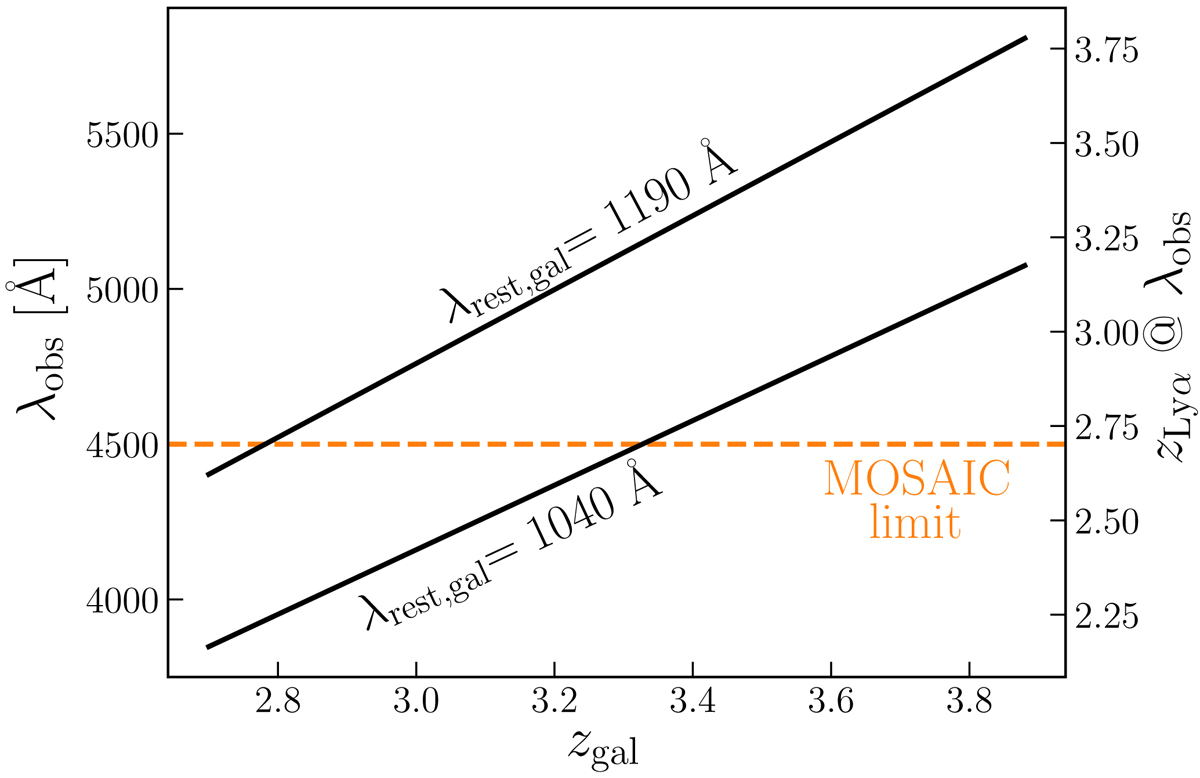