Context. The carbon content of protoplanetary disks is an important parameter to characterize planets formed at different disk radii. There is some evidence from far-infrared and submillimeter observations that gas in the outer disk is depleted in carbon, with a corresponding enhancement of carbon-rich ices at the disk midplane. Observations of the carbon content inside of the inner sublimation rim could confirm how much carbon remains locked in kilometer size bodies in the disk.
Aims: I aim to determine the density, temperature, and carbon abundance inside the disk dust sublimation rim in a set of T Tauri stars with full protoplanetary disks.
Methods: Using medium-resolution, near-infrared (0.8-2.5 μm) spectra and the new Gaia DR2 distances, I self-consistently determine the stellar, extinction, veiling, and accretion properties of the 26 stars in my sample. From these values, and non-accreting T Tauri spectral templates, I extract the inner disk excess of the target stars from their observed spectra. Then I identify a series of C0 recombination lines in 18 of these disks and use the CHIANTI atomic line database with an optically thin slab model to constrain the average ne, Te, and nc for these lines in the five disks with a complete set of lines. By comparing these values with other slab models of the inner disk using the Cloudy photoionization code, I also constrain nH and the carbon abundance, XC, and hence the amount of carbon "missing" from the slab. For one disk, DR Tau, I use relative abundances for the accretion stream from the literature to also determine XSi and XN.
Results: The inner disks modeled here are extremely dense (nH 1016 cm-3), warm (Te 4500 K), and moderately ionized (log Xe 3.3). Three of the five modeled disks show robust carbon depletion up to a factor of 42 relative to the solar value. I discuss multiple ways in which the "missing" carbon could be locked out of the accreting gas. Given the high-density inner disk gas, evidence for radial drift, and lack of obvious gaps in these three systems, their carbon depletion is most consistent with the "missing" carbon being sequestered in kilometer size bodies. For DR Tau, nitrogen and silicon are also depleted by factors of 45 and 4, respectively, suggesting that the kilometer size bodies into which the grains are locked were formed beyond the N2 snowline. I explore briefly what improvements in the models and observations are needed to better address this topic in the future. 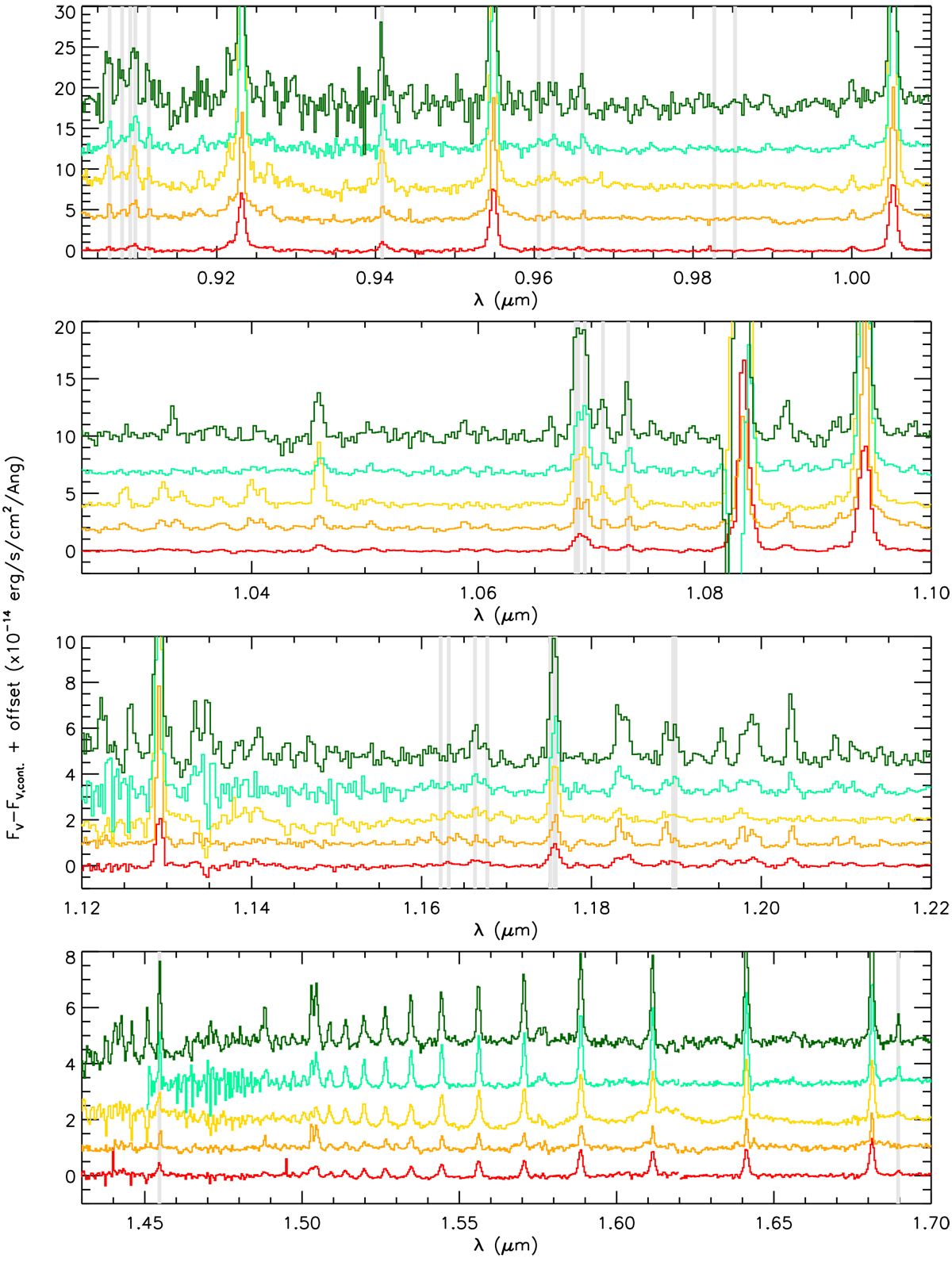