Context. The galaxy M 87 harbors a kiloparsec-scale relativistic jet, whose origin coincides with a compact source thought to be a supermassive black hole. Observational millimeter very long baseline interferometry campaigns are capable of resolving the jet-launching region at the scale of the event horizon. In order to provide a context for interpreting these observations, realistic general-relativistic magnetohydrodynamical (GRMHD) models of the accretion flow are constructed.
Aims: Electrons in the jet are responsible for the observed synchrotron radiation, which is emitted in frequencies ranging from radio to near-infrared (NIR) and optical. The characteristics of the emitted radiation depend on the shape of the electrons' energy-distribution function (eDF). The dependency on the eDF is omitted in the modeling of the first Event Horizon Telescope results. In this work, we aim to model the M 87 spectral-energy distribution from radio up to optical frequencies using a thermal-relativistic Maxwell-Jüttner distribution, as well as a relativistic κ-distribution function. The power-law index of the eDF is modeled based on sub-grid, particle-in-cell parametrizations for sub-relativistic reconnection.
Methods: A GRMHD simulation in Cartesian-Kerr-Schild coordinates, using eight levels of adaptive mesh refinement (AMR), forms the basis of our model. To obtain spectra and images, the GRMHD data was post-processed with the ray-tracing code RAPTOR, which is capable of ray tracing through GRMHD simulation data that is stored in multi-level AMR grids. The resulting spectra and images maps are compared with observations.
Results: We obtain radio spectra in both the thermal-jet and κ-jet models consistent with radio observations. Additionally, the κ-jet models also recover the NIR and optical emission. The images show a more extended structure at 43 GHz and 86 GHz and more compact emission at 228 GHz. The models recover the observed source sizes and core shifts and obtain a jet power of ≈1043 ergs s-1. In the κ-jet models, both the accretion rates and jet powers are approximately two times lower than the thermal-jet model. The frequency cut-off observed at ν ≈ 1015 Hz is recovered when the accelerator size is 106 - 108 cm, this could potentially point to an upper limit for plasmoid sizes in the jet of M 87. 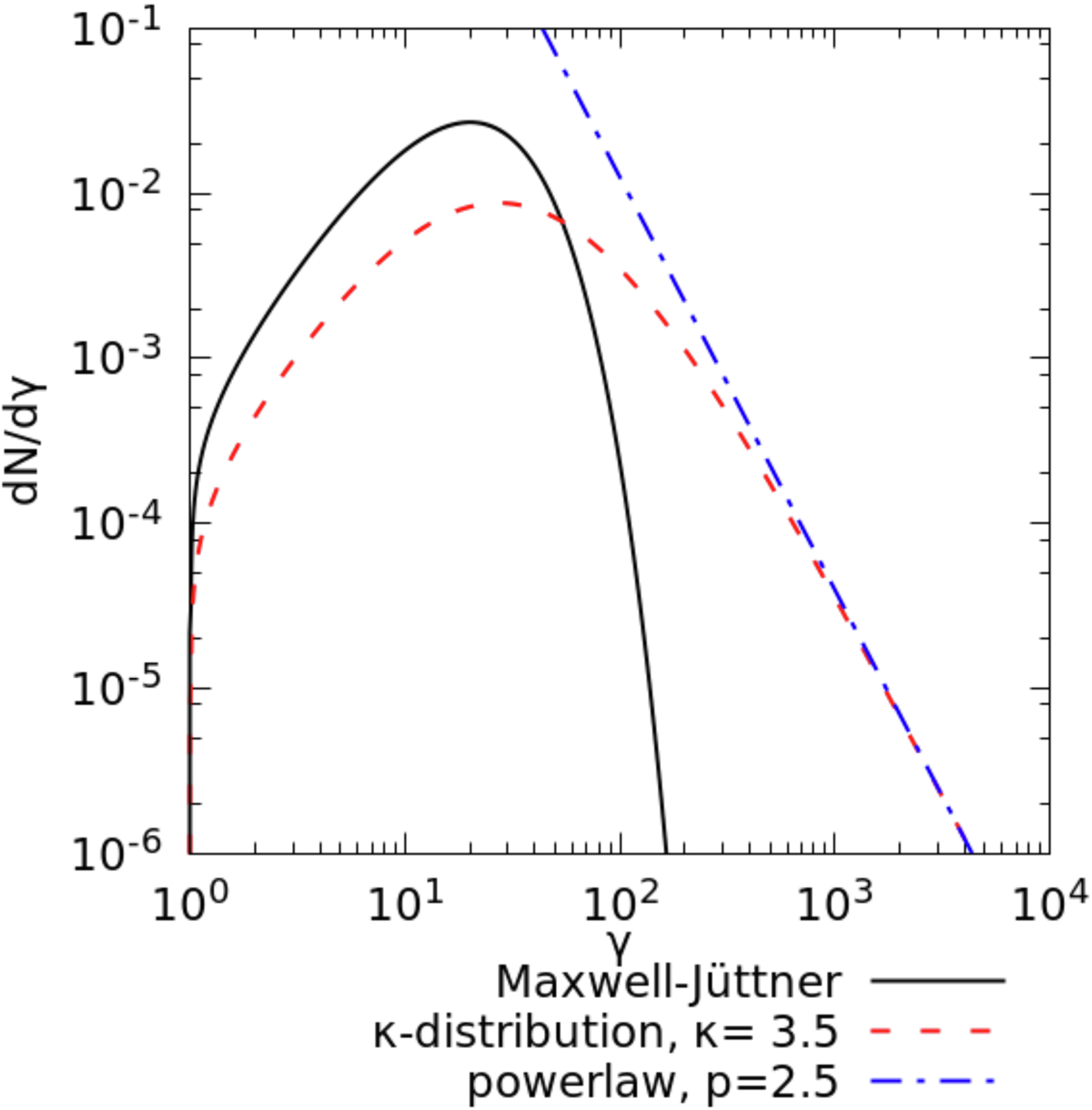