While planets are commonly discovered around main-sequence stars, the processes leading to their formation are still far from being understood. Current planet population synthesis models, which aim to describe the planet formation process from the protoplanetary disk phase to the time exoplanets are observed, rely on prescriptions for the underlying properties of protoplanetary disks where planets form and evolve. The recent development in measuring disk masses and disk-star interaction properties, i.e., mass accretion rates, in large samples of young stellar objects demand a more careful comparison between the models and the data. We performed an initial critical assessment of the assumptions made by planet synthesis population models by looking at the relation between mass accretion rates and disk masses in the models and in the currently available data. We find that the currently used disk models predict mass accretion rate in line with what is measured, but with a much lower spread of values than observed. This difference is mainly because the models have a smaller spread of viscous timescales than what is needed to reproduce the observations. We also find an overabundance of weakly accreting disks in the models where giant planets have formed with respect to observations of typical disks. We suggest that either fewer giant planets have formed in reality or that the prescription for planet accretion predicts accretion on the planets that is too high. Finally, the comparison of the properties of transition disks with large cavities confirms that in many of these objects the observed accretion rates are higher than those predicted by the models. On the other hand, PDS70, a transition disk with two detected giant planets in the cavity, shows mass accretion rates well in line with model predictions. 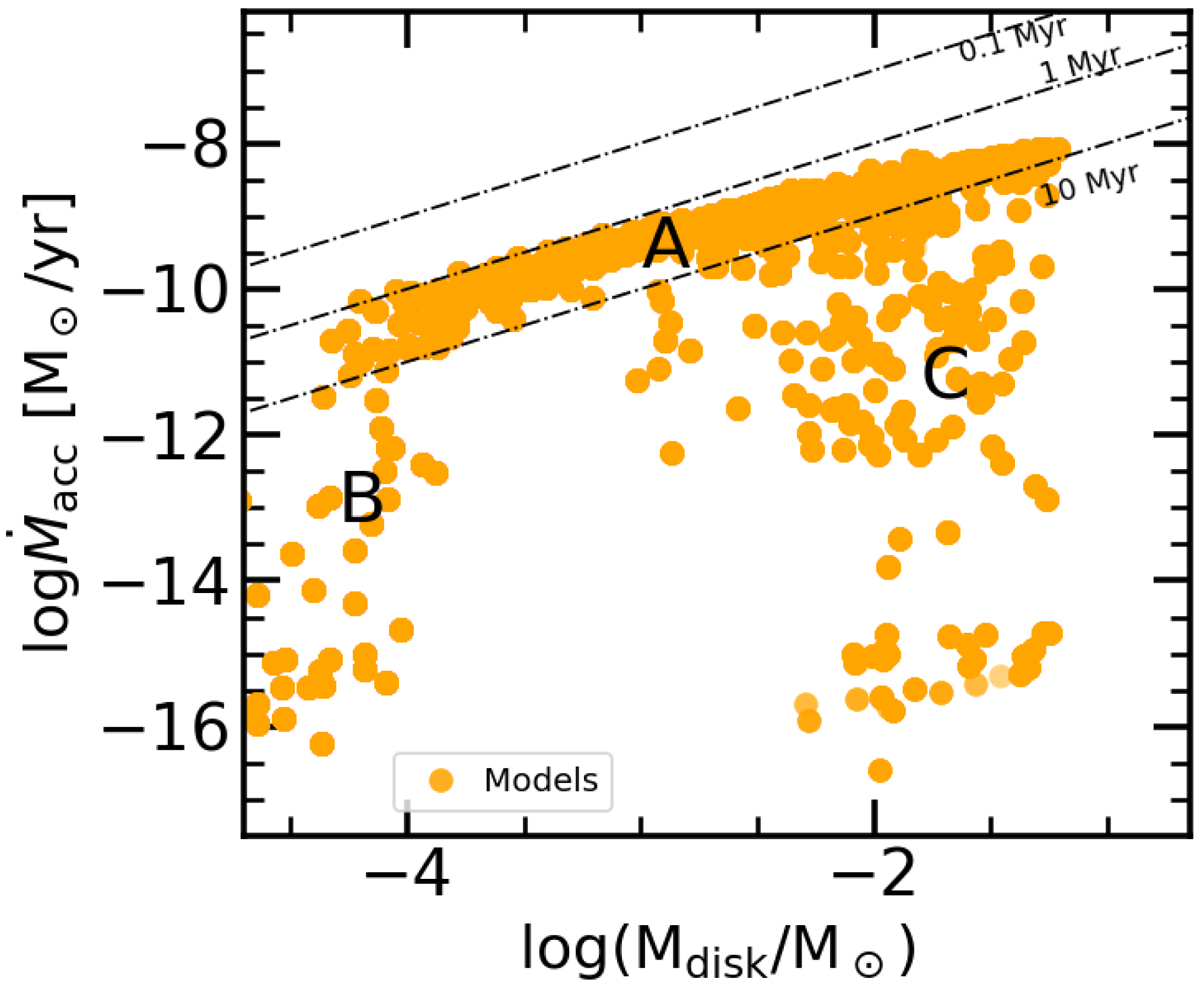