Detection and characterisation of 54 massive companions with the SOPHIE spectrograph. Seven new brown dwarfs and constraints on the brown dwarf desert

Context. Brown dwarfs (BD) are substellar objects intermediate between planets and stars with masses of ~13-80 MJ. While isolated BDs are most likely produced by gravitational collapse in molecular clouds down to masses of a few MJ, a non-negligible fraction of low-mass companions might be formed through the planet-formation channel in protoplanetary discs. The upper mass limit of objects formed within discs is still observationally unknown, the main reason being the strong dearth of BD companions at orbital periods shorter than 10 yr, also known as the BD desert.
Aims: To address this question, we aim at determining the best statistics of companions within the 10-100 MJ mass regime and located closer than ~10 au to the primary star, while minimising observation and selection bias.
Methods: We made extensive use of the radial velocity (RV) surveys of northern hemisphere FGK stars within 60 pc of the Sun, performed with the SOPHIE spectrograph at the Observatoire de Haute-Provence. We derived the Keplerian solutions of the RV variations of 54 sources. Public astrometric data of the HIPPARCOS and Gaia missions allowed us to constrain the masses of the companions for most sources. We introduce GASTON, a new method to derive inclination combining RVs and Keplerian and astrometric excess noise from Gaia DR1.
Results: We report the discovery of 12 new BD candidates. For five of them, additional astrometric data led to a revision of their mass in the M-dwarf regime. Among the seven remaining objects, four are confirmed BD companions, and three others are likely also in this mass regime. Moreover, we report the detection of 42 M-dwarfs within the range of 90 MJ-0.52 M⊙. The resulting M sin i-P distribution of BD candidates shows a clear drop in the detection rate below 80-day orbital period. Above that limit, the BD desert appears rather wet, with a uniform distribution of the M sin i. We derive a minimum BD-detection frequency around Solar-like stars of 2.0 ± 0.5%. 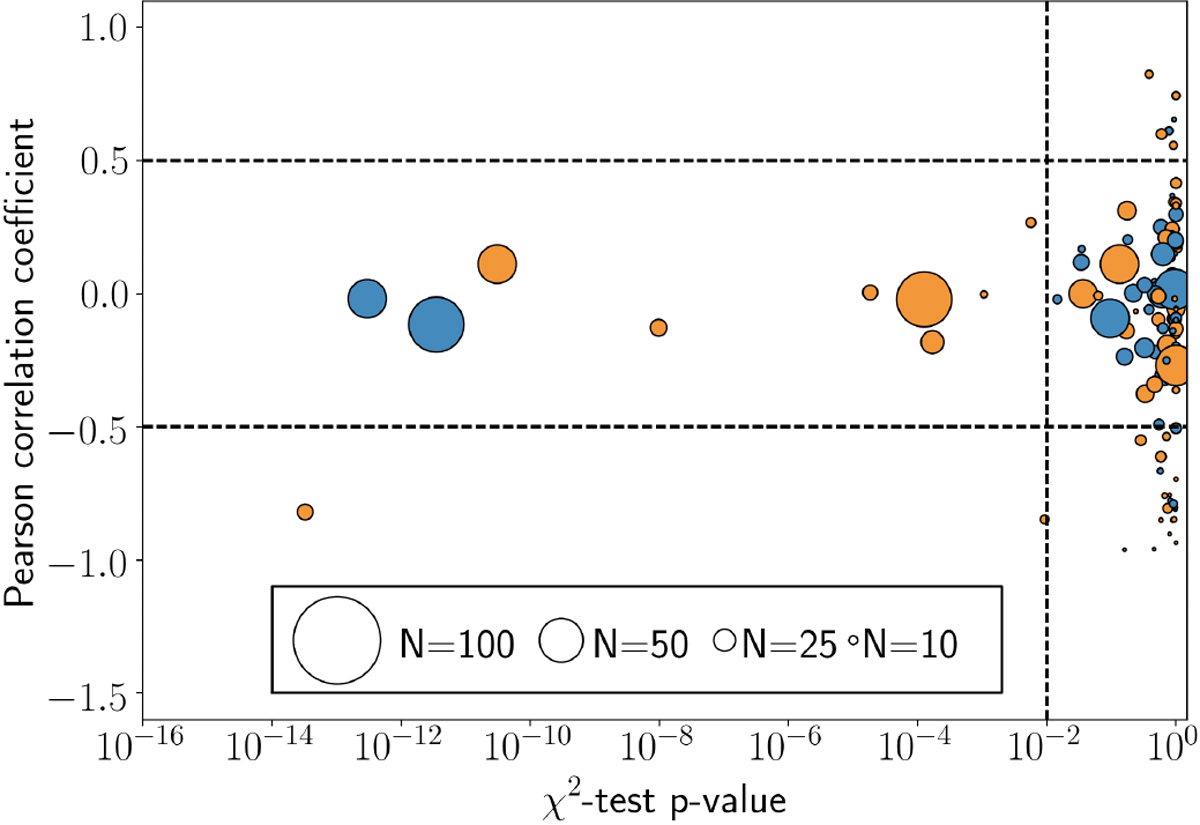