Consistent radial velocities of classical Cepheids from the cross-correlation technique

Context. Accurate radial velocities (vrad) of Cepheids are mandatory within the context of Cepheid distance measurements using the Baade-Wesselink technique. The most common vrad derivation method consists in cross-correlating the observed stellar spectra with a binary template and measuring a velocity on the resulting mean profile. Nevertheless, for Cepheids and other pulsating stars, the spectral lines selected within the template as well as the way of fitting the cross-correlation function (CCF) have a direct and significant impact on the measured vrad.
Aims: Our first aim is to detail the steps to compute consistent CCFs and vrad of Cepheids. Next, this study aims at characterising the impact of Cepheid spectral properties and vrad computation methods on the resulting line profiles and vrad time series.
Methods: We collected more than 3900 high-resolution spectra from seven different spectrographs of 64 Classical Milky Way (MW) Cepheids. These spectra were normalised and standardised using a single custom-made process on pre-defined wavelength ranges. We built six tailored correlation templates selecting unblended spectral lines of different depths based on a synthetic Cepheid spectrum, on three different wavelength ranges from 3900 to 8000 Å. Each observed spectrum was cross-correlated with these templates to build the corresponding CCFs, adopted as the proxy for the spectrum mean line profile. We derived a set of line profile observables as well as three different vrad measurements from each CCF and two custom proxies for the CCF quality and amount of signal.
Results: This study presents a large catalogue of consistent Cepheid CCFs and vrad time series. It confirms that each step of the process has a significant impact on the deduced vrad: the wavelength, the template line depth and width, and the vrad computation method. The way towards more robust Cepheid vrad time series seems to go through steps that minimise the asymmetry of the line profile and its impact on the vrad. Centroid or first-moment vrad, that exhibit slightly smaller amplitudes but significantly smaller scatter than Gaussian or biGaussian vrad, should therefore be favoured. Stronger or deeper spectral lines also tend to be less asymmetric and lead to more robust vrad than weaker lines. 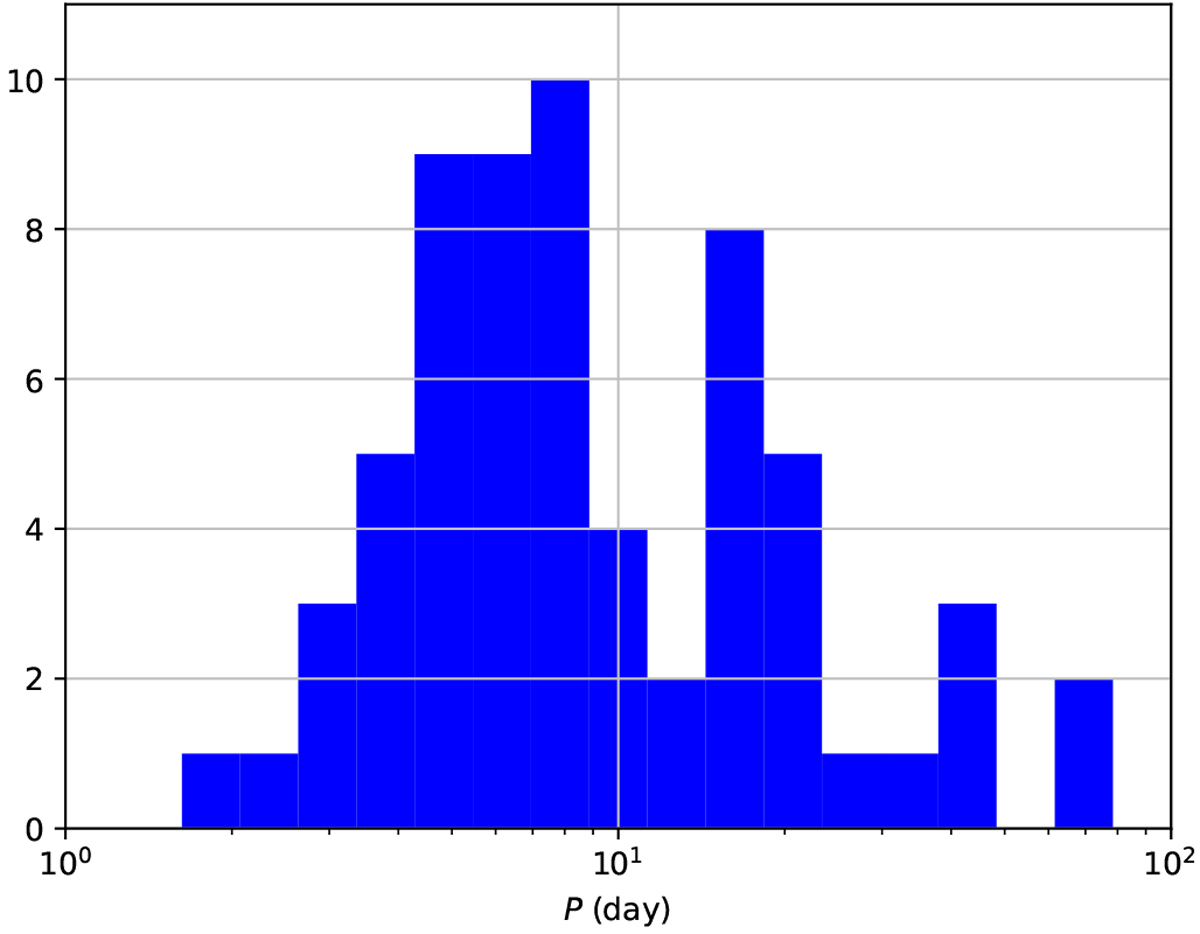