The diverse lives of progenitors of hydrogen-rich core-collapse supernovae: the role of binary interaction

Hydrogen-rich supernovae, known as Type II (SNe II), are the most common class of explosions observed following the collapse of the core of massive stars. We used analytical estimates and population synthesis simulations to assess the fraction of SNe II progenitors that are expected to have exchanged mass with a companion prior to explosion. We estimate that 1/3 to 1/2 of SN II progenitors have a history of mass exchange with a binary companion before exploding. The dominant binary channels leading to SN II progenitors involve the merger of binary stars. Mergers are expected to produce a diversity of SN II progenitor characteristics, depending on the evolutionary timing and properties of the merger. Alternatively, SN II progenitors from interacting binaries may have accreted mass from their companion, and subsequently been ejected from the binary system after their companion exploded. We show that the overall fraction of SN II progenitors that are predicted to have experienced binary interaction is robust against the main physical uncertainties in our models. However, the relative importance of different binary evolutionary channels is affected by changing physical assumptions. We further discuss ways in which binarity might contribute to the observed diversity of SNe II by considering potential observational signatures arising from each binary channel. For supernovae which have a substantial H-rich envelope at explosion (i.e., excluding Type IIb SNe), a surviving non-compact companion would typically indicate that the supernova progenitor star was in a wide, non-interacting binary. We argue that a significant fraction of even Type II-P SNe are expected to have gained mass from a companion prior to explosion. 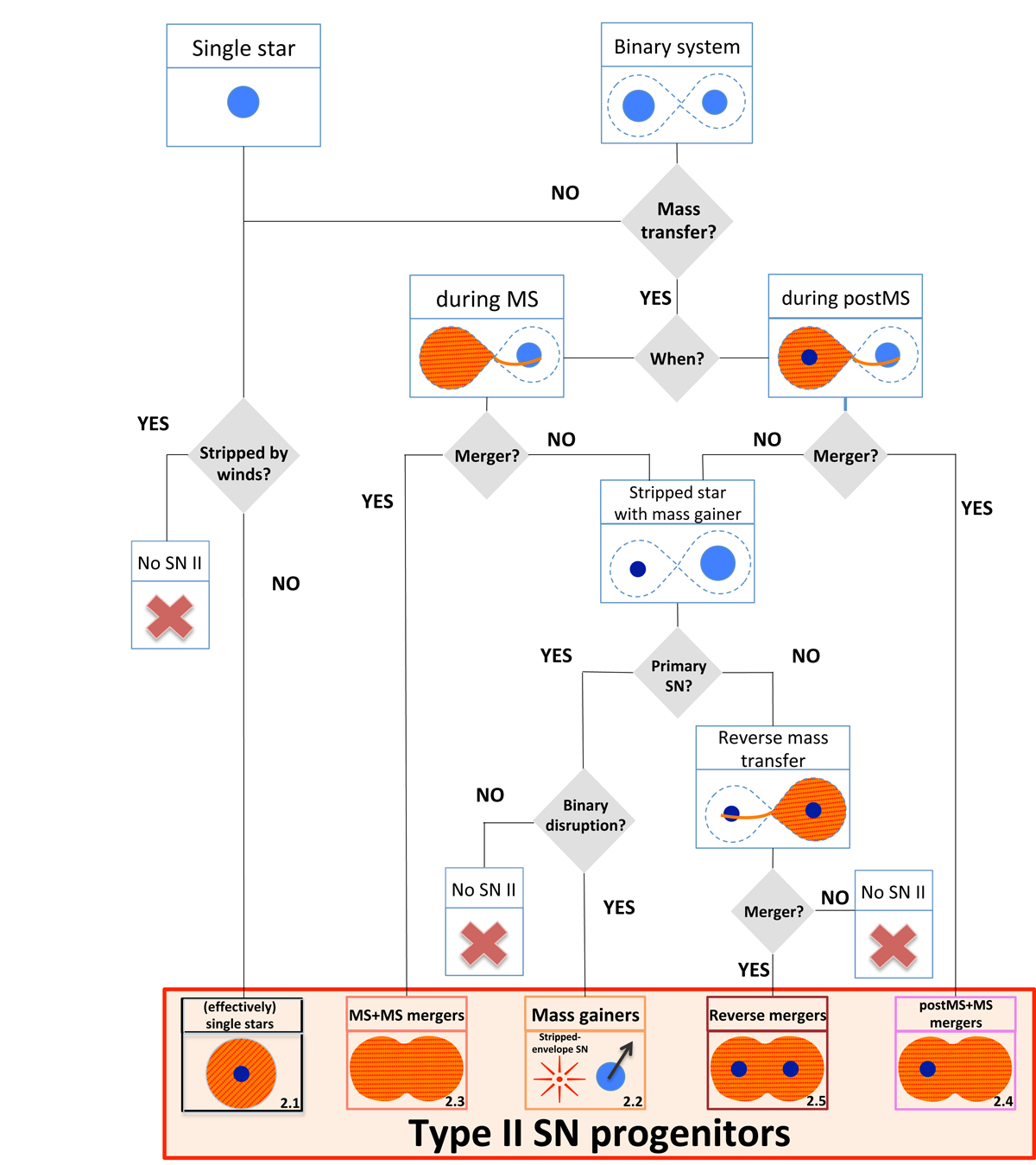