Beyond the exoplanet mass-radius relation

Context. Mass and radius are two fundamental properties for characterising exoplanets, but only for a relatively small fraction of exoplanets are they both available. Mass is often derived from radial velocity measurements, while the radius is almost always measured using the transit method. For a large number of exoplanets, either the radius or the mass is unknown, while the host star has been characterised. Several mass-radius relations that are dependent on the planet's type have been published that often allow us to predict the radius. The same is true for a bayesian code, which forecasts the radius of an exoplanet given the mass or vice versa.
Aims: Our goal is to derive the radius of exoplanets using only observables extracted from spectra used primarily to determine radial velocities and spectral parameters. Our objective is to obtain a mass-radius relation independent of the planet's type.
Methods: We worked with a database of confirmed exoplanets with known radii and masses, as well as the planets from our Solar System. Using random forests, a machine learning algorithm, we computed the radius of exoplanets and compared the results to the published radii. In addition, we explored how the radius estimates compare to previously published mass-radius relations.
Results: The estimated radii reproduces the spread in radius found for high mass planets better than previous mass-radius relations. The average radius error is 1.8 R⊕ across the whole range of radii from 1-22 R⊕. We find that a random forest algorithm is able to derive reliable radii, especially for planets between 4 R⊕ and 20 R⊕ for which the error is under 25%. The algorithm has a low bias yet a high variance, which could be reduced by limiting the growth of the forest, or adding more data.
Conclusions: The random forest algorithm is a promising method for deriving exoplanet properties. We show that the exoplanet's mass and equilibrium temperature are the relevant properties that constrain the radius, and do so with higher accuracy than the previous methods. 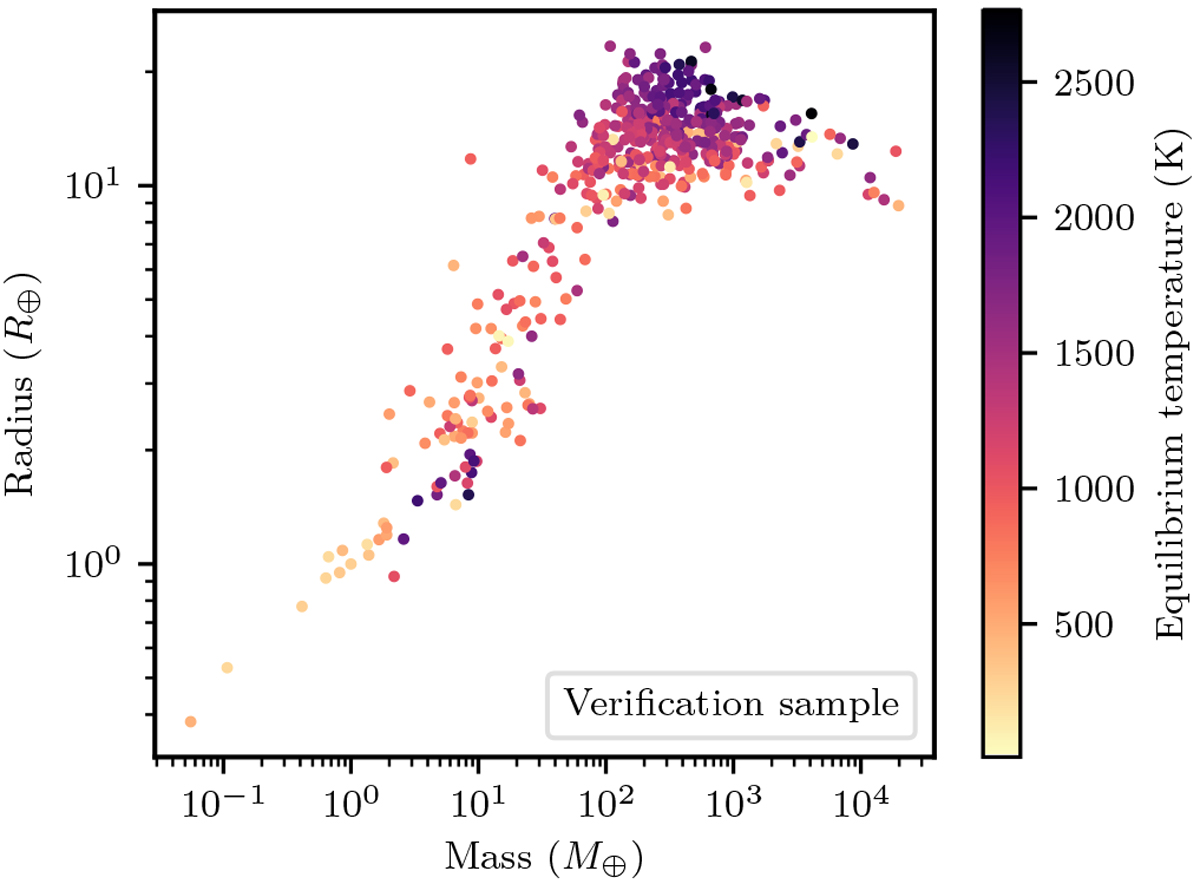