Context. Between August 2014 and September 2016, the ESA space mission Rosetta escorted comet 67P/Churyumov-Gerasimenko (67P) during its perihelion passage. The onboard OSIRIS Narrow Angle Camera (NAC) acquired high-resolution multispectral images of the cometary surface. These datasets allowed a characterization of the spectrophotometric variegation of the layering of the large lobe, correlated with the layer structural elevation.
Aims: We perform a spectrophotometric characterization of the outcropping stratification of the small lobe of 67P as a function of its structural elevation, and consequently, a spectrophotometric comparison of the layered outcrops of the two lobes.
Methods: We selected two sequences of post-perihelion OSIRIS NAC images ( 2.4 au outbound tothe Sun), from which we built up two multispectral images, framing an extended geological section of the onion-like stratification of the small lobe. Then we classified the consolidated areas of the outcropping and the relative coarse deposits that were identified in the multispectral data with a two-class maximum likelihood method. For this, we defined the classes as a function of the structural elevation of the surface.
Results: As a result, we identified a brightness variegation of the surface reflectance that is correlated with the structural elevation. The outer class, which is located at higher elevations, appears darker than the inner class. This fits previously obtained results for the large lobe. The reflectance values of the nucleus of 67P tend to decrease with increasing structural elevation.
Conclusions: The observed spectrophotometric variegation can be due to a different texture as well as to a different content of volatiles and refractories. We suggest that the outer outcrops appear darker because they have been exposed longer, and the inner outcrops appear brighter because the surface has been more effectively rejuvenated. We interpret this variegation as the result of an evolutionary process. 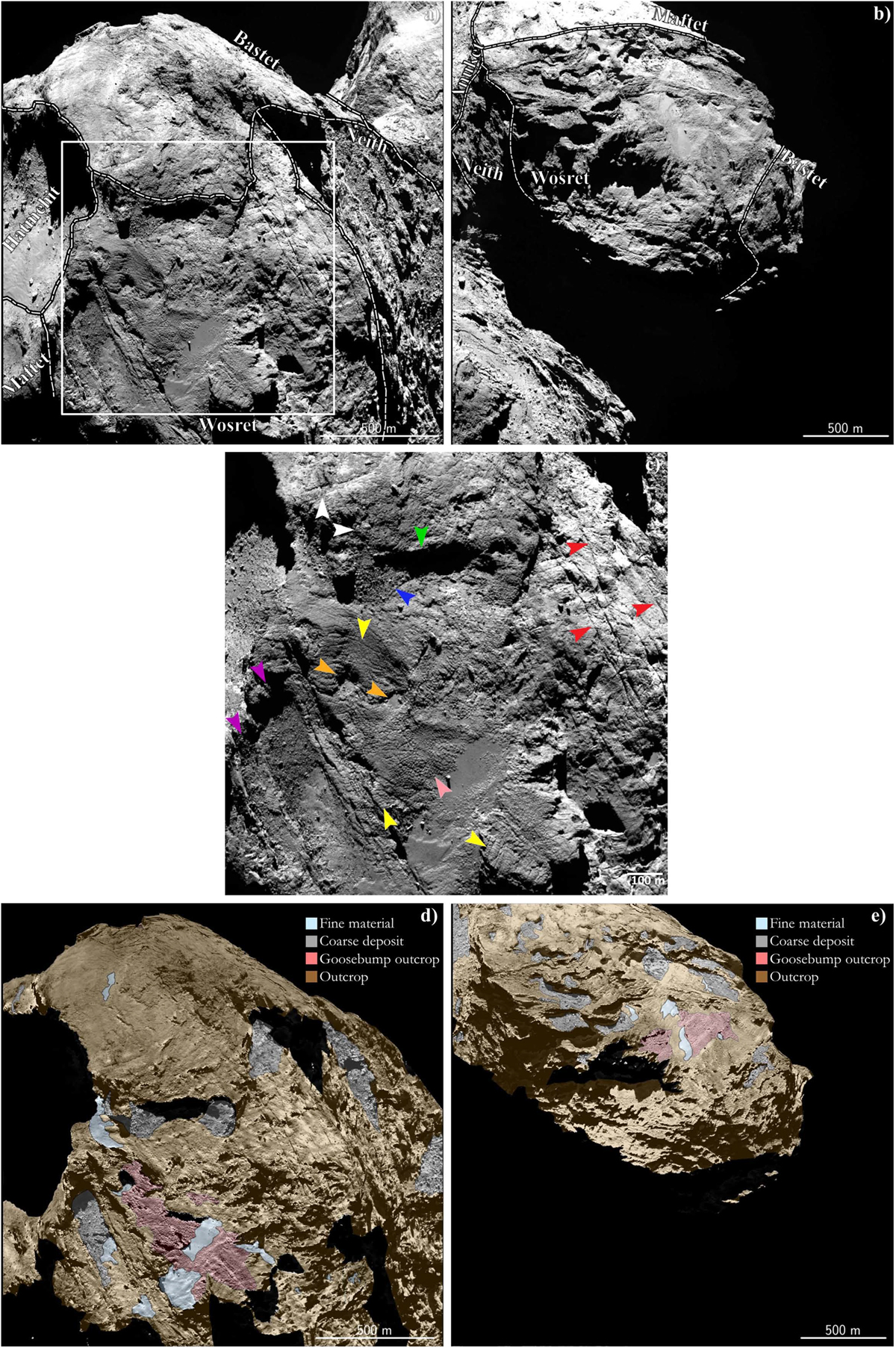