Fossil field decay due to nonlinear tides in massive binaries

Context. Surface magnetic fields have been detected in 5-10% of isolated massive stars, hosting outer radiative envelopes. They are often thought to have a fossil origin, resulting from the stellar formation phase. Yet, magnetic massive stars are scarcer in (close) short-period binaries, as reported by the BinaMIcS (Binarity and Magnetic Interaction in various classes of Stars) Collaboration.
Aims: Different physical conditions in the molecular clouds giving birth to isolated stars and binaries are commonly invoked. In addition, we propose that the observed lower magnetic incidence in close binaries may be due to nonlinear tides. Indeed, close binaries are probably prone to tidal instability, a fluid instability growing upon the equilibrium tidal flow via nonlinear effects. Yet, stratified effects have hitherto been largely overlooked.
Methods: We theoretically and numerically investigate tidal instability in rapidly rotating, stably stratified fluids permeated by magnetic fields. We use the short-wavelength stability method to propose a comprehensive (local) theory of tidal instability at the linear onset, discussing damping effects. Then, we propose a mixing-length theory for the mixing generated by tidal instability in the nonlinear regime. We successfully assess our theoretical predictions against proof-of-concept, direct numerical simulations. Finally, we compare our predictions with the observations of short-period, double-lined spectroscopic binary systems.
Results: Using new analytical results, cross-validated by a direct integration of the stability equations, we show that tidal instability can be generated by nonlinear couplings of inertia-gravity waves with the equilibrium tidal flow in short-period massive binaries, even against the Joule diffusion. In the nonlinear regime, a fossil magnetic field can be dissipated by the turbulent magnetic diffusion induced by the saturated tidal flows.
Conclusions: We predict that the turbulent Joule diffusion of fossil fields would occur in a few million years for several short-period massive binaries. Therefore, turbulent tidal flows could explain the observed dearth of some short-period magnetic binaries. 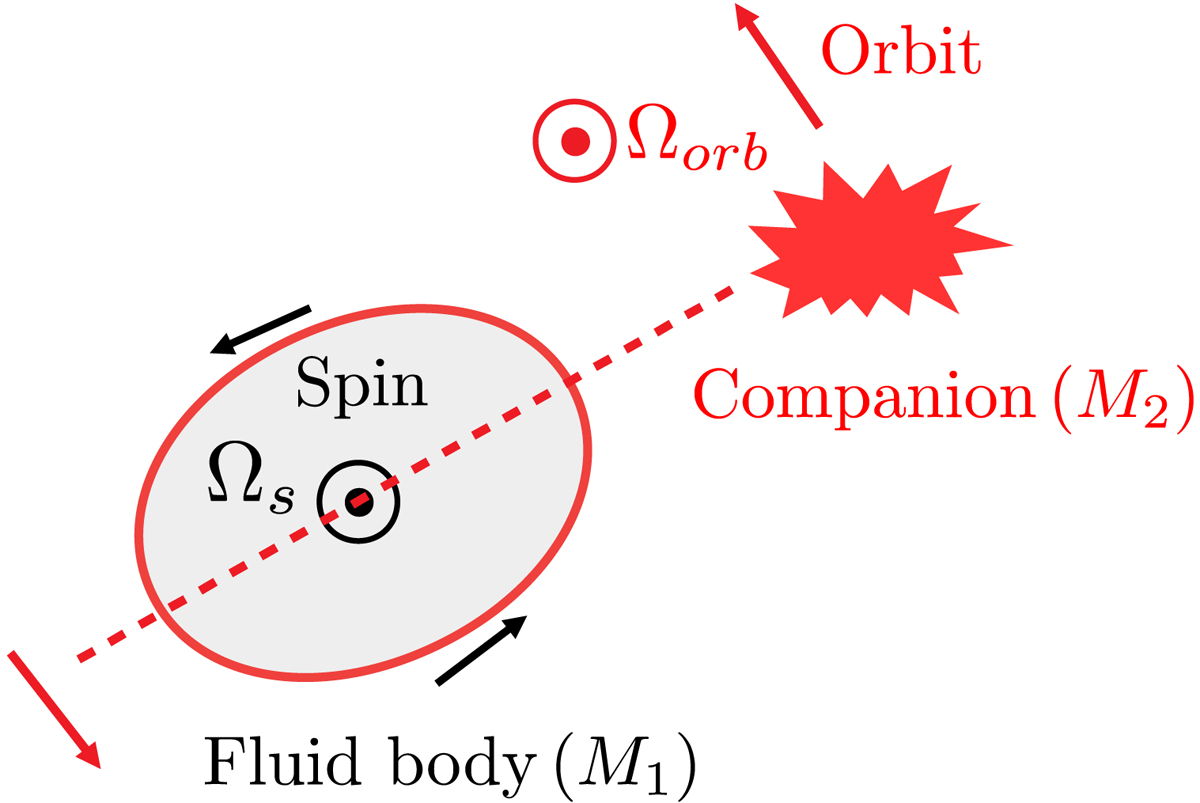