We present 25 photographic fireballs belonging to the September epsilon Perseid (SPE, IAU #208) meteor shower observed by the Czech part of the European Fireball Network in 2013-2017. Exceptional high activity of bright photographic fireballs was observed in 2013, while a lower activity, but still higher than in other years, was observed in the period of 2015-2017. Physical properties of these SPE fireballs were studied and compared to other meteor showers. Perseids are found to be the closest analog to SPE. Corrected geocentric radiant of the 2013 outburst fireballs was determined for solar longitude 167.20° and has right ascension 47.67 ± 0.04° and declination 39.493 ± 0.013° (J2000.0). On the basis of determined heliocentric orbits the parent body of the shower is an unknown long-period comet on retrograde orbit with an orbital period of the order of a thousand years. 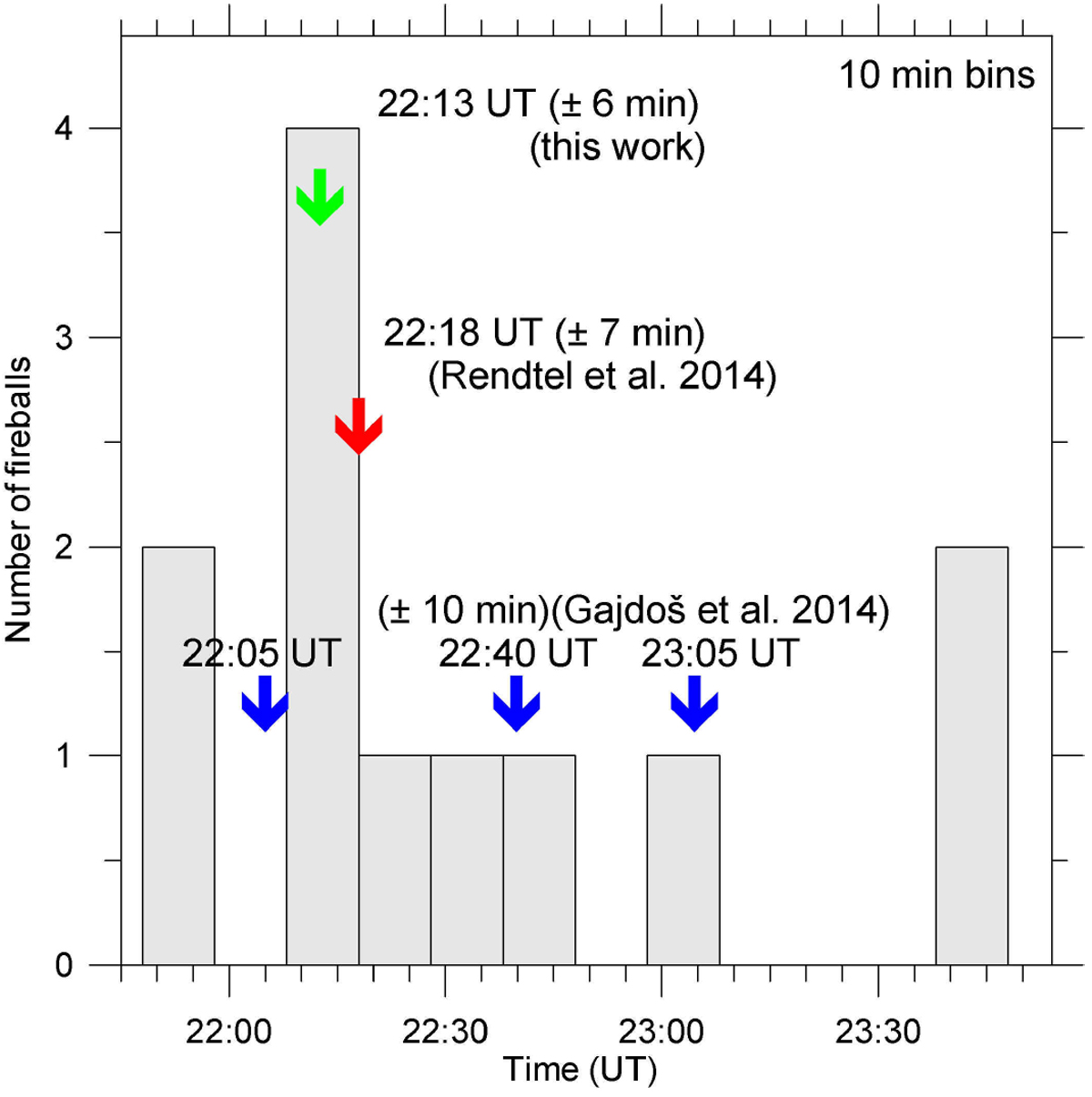