The mass accretion rate is a crucial parameter for the study of the evolution of accretion discs around young low-mass stellar and substellar objects (YSOs). We revisit the case of MY Lup, an object where VLT/X-shooter data suggested a negligible mass accretion rate, and show it to be accreting on a level similar to other Class II YSOs in Lupus based on Hubble Space Telescope (HST) observations. In our HST-Cosmic Origins Spectrograph (HST-COS) and -Space Telescope Imaging Spectrograph (HST-STIS) spectra, we find many emission lines, as well as substantial far-ultraviolet (FUV) continuum excess emission, which can be ascribed to active accretion. The total luminosity of the C IV λ1549 Å doublet is 4.1 × 10-4 L⊙. Using scalings between accretion luminosity, Lacc, and C IV luminosity from the literature, we derive Lacc 2 × 10-1 L⊙, which is more than an order of magnitude higher than the upper limit estimated from the X-shooter observations. We discuss possible reasons for the X-shooter-HST discrepancy, the most plausible being that the low contrast between the continuum excess emission and the photospheric+chromospheric emission at optical wavelengths in MY Lup hampered detection of excess emission. The luminosity of the FUV continuum and C IV lines, strong H2 fluorescence, and a "1600 A Bump" place MY Lup in the class of accreting objects with gas-rich discs. So far, MY Lup is the only peculiar case in which a significant difference between the HST and X-shooter Ṁacc estimates exists that is not ascribable to variability. The mass accretion rate inferred from the revisited Lacc estimate is Ṁacc 1(-0.5+1.5) × 10-8 M⊙ yr-1. This value is consistent with the typical value derived for accreting YSOs of similar mass in Lupus and points to less clearing of the inner disc than indicated by near- and mid-infrared observations. This is confirmed by Atacama Large Millimeter Array (ALMA) data, which show that the gaps and rings seen in the sub-millimetre are relatively shallow.

Based on observations made with the NASA/ESA Hubble Space Telescope, obtained from the data archive at the Space Telescope Science Institute. STScI is operated by the Association of Universities for Research in Astronomy, Inc. under NASA contract NAS 5-26555. Also based on observations collected at the European Southern Observatory at Paranal, under programs 095.C-0134(A), and archive data of programmes 093.C-0476(A) and 093.C-0506(A). 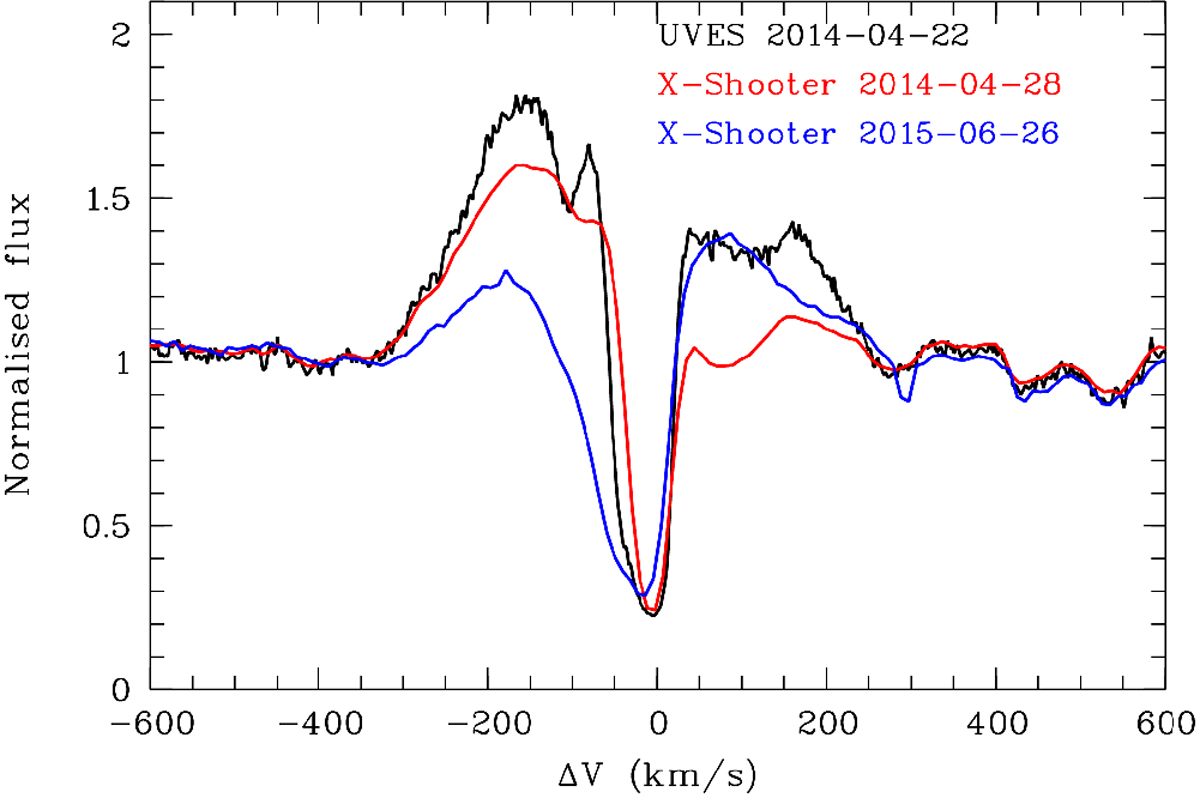