The Hubble PanCET program: an extensive search for metallic ions in the exosphere of GJ 436 b

Context. The quiet M2.5 star GJ 436 hosts a warm Neptune that displays an extended atmosphere that dwarfs its own host star. Predictions of atmospheric escape in such planets state that H atoms escape from the upper atmosphere in a collisional regime and that the flow can drag heavier atoms to the upper atmosphere. It is unclear, however, what astrophysical mechanisms drive the process.
Aims: Our objective is to leverage the extensive coverage of observations of the far-ultraviolet (FUV) spectrum of GJ 436 obtained with the Cosmic Origins Spectrograph (COS) to search for signals of metallic ions in the upper atmosphere of GJ 436 b, as well as study the activity-induced variability of the star.
Methods: We analyzed flux time-series of species present in the FUV spectrum of GJ 436 and successfully performed geocoronal contamination removal in the COS Lyman-α profiles obtained near the Earth's night-side.
Results: GJ 436 displays flaring events with a rate of 10 d-1. There is evidence for a possibly long-lived active region or longitude that modulates the FUV metallic lines of the star with amplitudes up to 20%. Despite the strong geocoronal contamination in the COS spectra, we detected in-transit excess absorption signals of 50 and 30% in the blue and red wings, respectively, of the Lyman-α line. We rule out a wide range of excess absorption levels in the metallic lines of the star during transit.
Conclusions: The large atmospheric loss of GJ 436 b observed in Lyman-α transmission spectra is stable over the timescale of a few years, and the red wing signal supports the presence of a variable hydrogen absorption source besides the stable exosphere. The previously claimed in-transit absorption in the Si III line is likely an artifact resulting from the stellar magnetic cycle. The non-detection of metallic ions in absorption could indicate that the escape is not hydrodynamic or that the atmospheric mixing is not efficient in dragging metals high enough for sublimation to produce a detectable escape rate of ions to the exosphere. 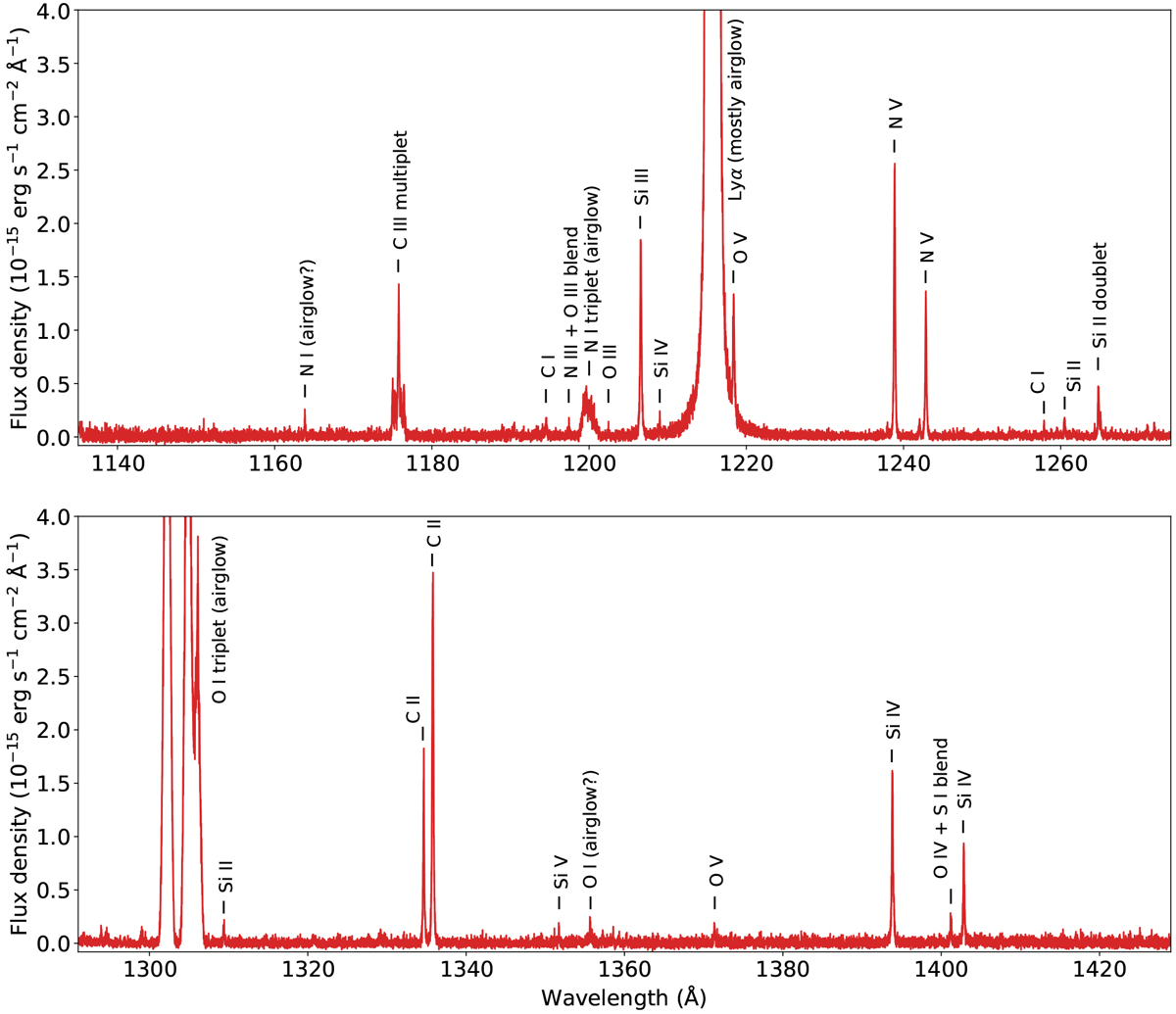