The dwarf galaxy satellite system of Centaurus A

Dwarf galaxy satellite systems are essential probes to test models of structure formation, making it necessary to establish a census of dwarf galaxies outside of our own Local Group. We present deep FORS2 VI band images from the ESO Very Large Telescope (VLT) for 15 dwarf galaxy candidates in the Centaurus group of galaxies. We confirm nine dwarfs to be members of Cen A by measuring their distances using a Bayesian approach to determine the tip of the red giant branch luminosity. We have also fit theoretical isochrones to measure their mean metallicities. The properties of the new dwarfs are similar to those in the Local Group in terms of their sizes, luminosities, and mean metallicities. Within our photometric precision, there is no evidence of a metallicity spread, but we do observe possible extended star formation in several galaxies, as evidenced by a population of asymptotic giant branch stars brighter than the red giant branch tip. The new dwarfs do not show any signs of tidal disruption. Together with the recently reported dwarf galaxies by the complementary PISCeS survey, we study the luminosity function and 3D structure of the group. By comparing the observed luminosity function to the high-resolution cosmological simulation IllustrisTNG, we find agreement within a 90% confidence interval. However, Cen A seems to be missing its brightest satellites and has an overabundance of the faintest dwarfs in comparison to its simulated analogs. In terms of the overall 3D distribution of the observed satellites, we find that the whole structure is flattened along the line-of-sight, with a root-mean-square (rms) height of 130 kpc and an rms semi-major axis length of 330 kpc. Future distance measurements of the remaining dwarf galaxy candidates are needed to complete the census of dwarf galaxies in the Centaurus group. 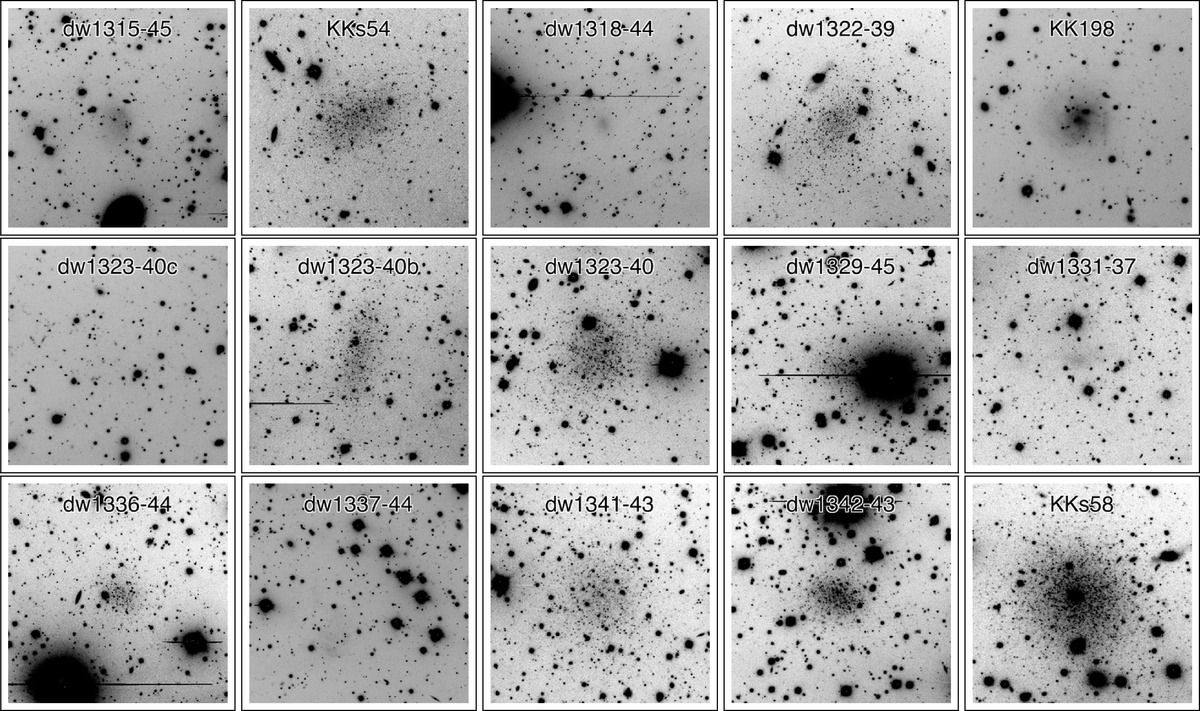