Globular cluster candidates in the Galactic bulge: Gaia and VVV view of the latest discoveries

Context. Thanks to the recent wide-area photometric surveys, the number of star cluster candidates have risen exponentially in the last few years. Most detections, however, are based only on the presence of an overdensity of stars in a given region or an overdensity of variable stars, regardless of their distance. As candidates, their detection has not been dynamically confirmed. Therefore, it is currently unknown how many and which of the published candidates are true clusters and which are chance alignments.
Aims: We present a method to detect and confirm star clusters based on the spatial distribution, coherence in motion, and appearance on the color-magnitude diagram. We explain and apply this approach to one new star cluster and several candidate star clusters published in the literature.
Methods: The presented method is based on data from the second data release of Gaia complemented with data from the VISTA Variables in the Vía Láctea survey for the innermost bulge regions. This method consists of a nearest neighbors algorithm applied simultaneously over spatial coordinates, star color, and proper motions to detect groups of stars that are close in the sky, move coherently, and define narrow sequences in the color-magnitude diagram, such as a young main sequence or a red giant branch.
Results: When tested in the bulge area (-10 < ℓ (deg) < +10; -10 < b (deg) < +10) the method successfully recovered several known young and old star clusters. We report in this work the detection of one new, likely old star cluster, while deferring the others to a forthcoming paper. Additionally, the code has been applied to the position of 93 candidate star clusters published in the literature. As a result, only two of these clusters are confirmed as coherently moving groups of stars at their nominal positions. 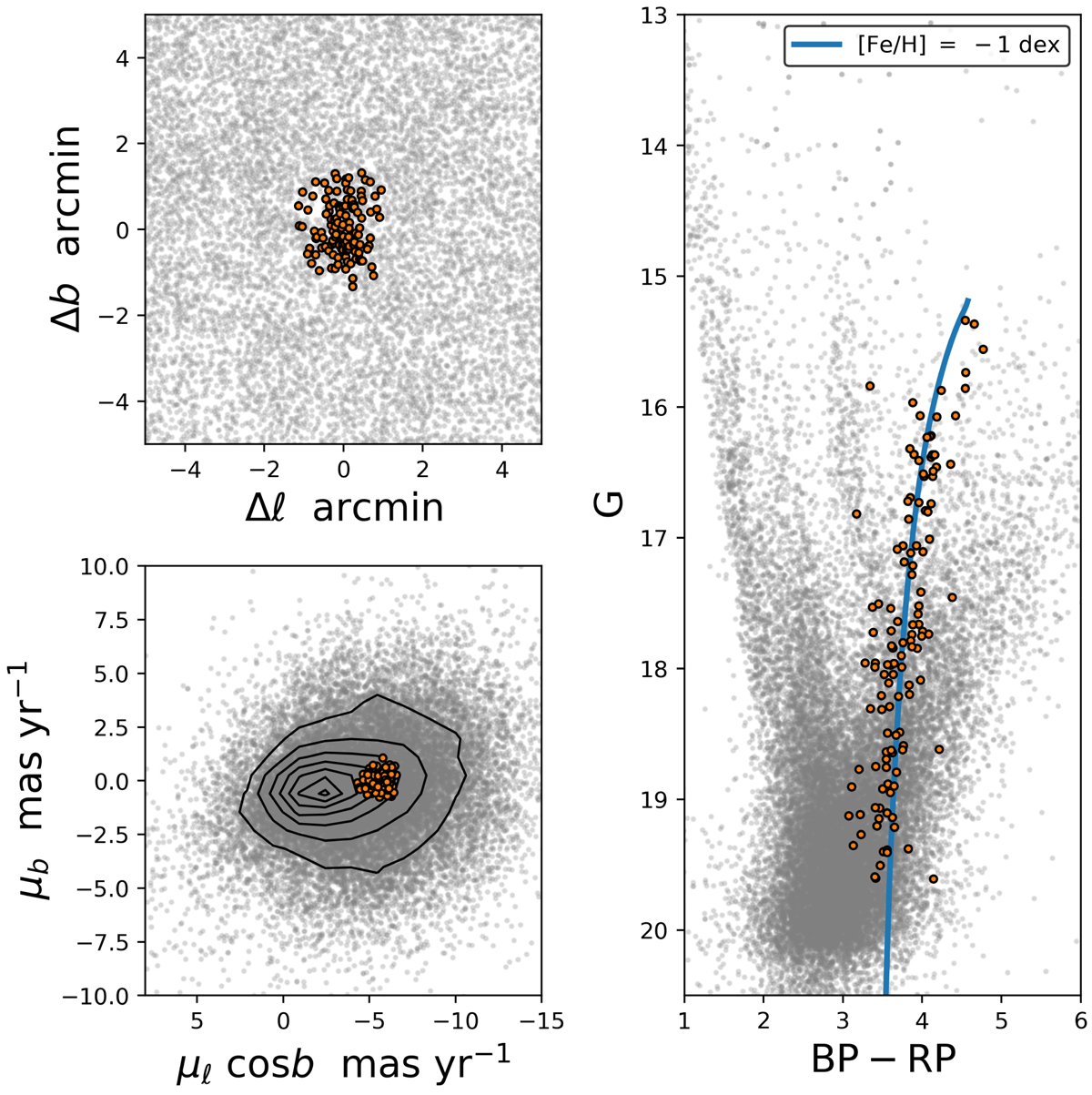