Context. The properties of galaxies are known to be affected by their environment, but although galaxies in clusters and groups have been quite thoroughly investigated, little is known about galaxies belonging to filaments of the cosmic web, or about the properties of the filaments themselves.
Aims: Here we investigate the properties of the rich cluster MACS J0717.5+3745 and its extended filament by analyzing the distribution and fractions of intra-cluster light (ICL) in its core and by trying to detect intra-filament light (IFL) in the filament. We analyze the galaxy luminosity function (GLF) of the cluster core and of the filament. We also study the orientations of galaxies in the filament to better constrain the filament properties.
Methods: This work is based on Hubble Space Telescope (HST) archive data, both from the Hubble Frontier Fields in the F435W, F606W, F814W, and F105W bands, and from a mosaic of images in the F606W and F814W bands. The spatial distribution of the ICL was determined with our new wavelet-based software, DAWIS. The GLFs were extracted in the F606W and F814W bands, with a statistical subtraction of the background, and fit with Schechter functions. The galaxy orientations in the filaments were estimated with SExtractor after correction for the point spread function.
Results: We detect a large amount of ICL in the cluster core, but no IFL in the cosmic filament. The fraction of ICL in the core peaks in the F606W filter before decreasing with wavelength. Though relatively noisy, the GLFs in the filament are notably different from those of field galaxies, with a flatter faint end slope and an excess of bright galaxies. We do not detect a significant alignment of the galaxies in the filament region analyzed. 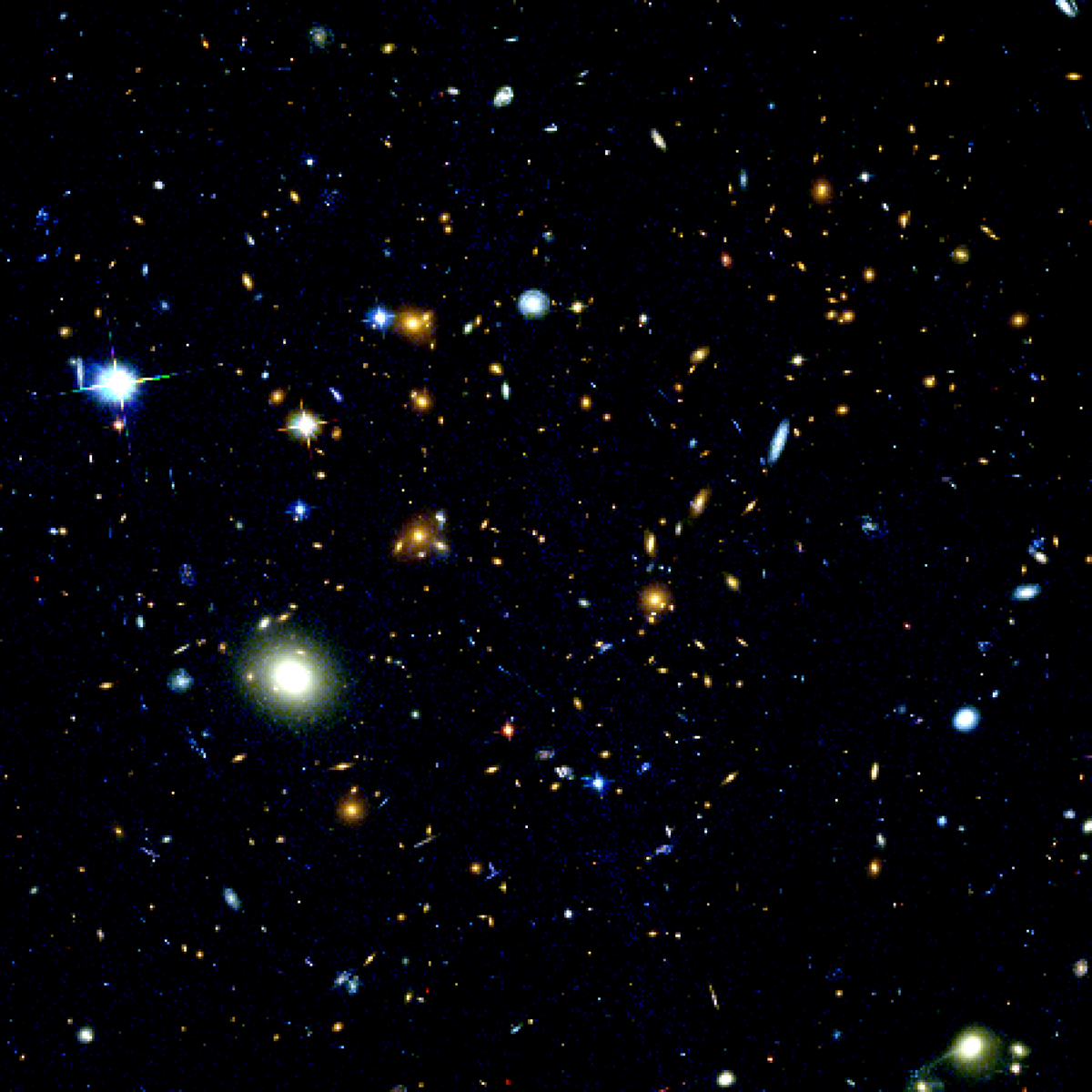