Context. The evolution of massive stars is not fully constrained. Studies of young massive clusters hosting various populations of massive stars can help refine our understanding of the life and fate of massive stars.
Aims: In this context, our goal is to study the massive stellar content of the young massive cluster VVV CL074.
Methods: We obtained K-band spectroscopy of the brightest cluster members in order to identify the massive star population. We also determined the stellar properties of the cluster's massive stars to better quantify the evolutionary sequences linking different types of massive stars. We collected integral field spectroscopy of selected fields in the cluster VVV CL074 with SINFONI on the ESO/VLT. We performed a spectral classification based on the K-band spectra and comparison to infrared spectral atlases. We determined the stellar parameters of the massive stars from analysis with atmosphere models computed with the code CMFGEN.
Results: We uncover a population of 25 early-type (OB and Wolf-Rayet) stars, 19 being newly discovered by our observations out of which 15 are likely cluster members. The cluster's spectrophotometric distance is 10.2 ± 1.6 kpc, placing it close to the intersection of the galactic bar and the Norma arm, beyond the galactic center. This makes VVV CL074 one the farthest young massive clusters identified so far. Among the massive stars population, three objects are Wolf-Rayet stars, the remaining are O and B stars. From the Hertzsprung-Russell diagram we find that most stars have an age between 3 and 6 Myr according to the Geneva evolutionary tracks. WN8 and WC8-9 stars are the descendants of stars with initial masses between 40 and 60 M⊙. The massive star population of VVV CL074 is very similar to that of the cluster DBS2003-179 and to a lesser extent to that of the Quintuplet cluster, indicating the same age. The central cluster of the Galaxy is ∼3 Myr older. From the comparison of the massive stars populations in these four clusters, one concludes that galactic stars with an initial mass in the range 40-60 M⊙ likely go through a WN8-9 phase.

Based on observations conducted at ESO on the Very Large Telescope under program 099.D-0161(B). 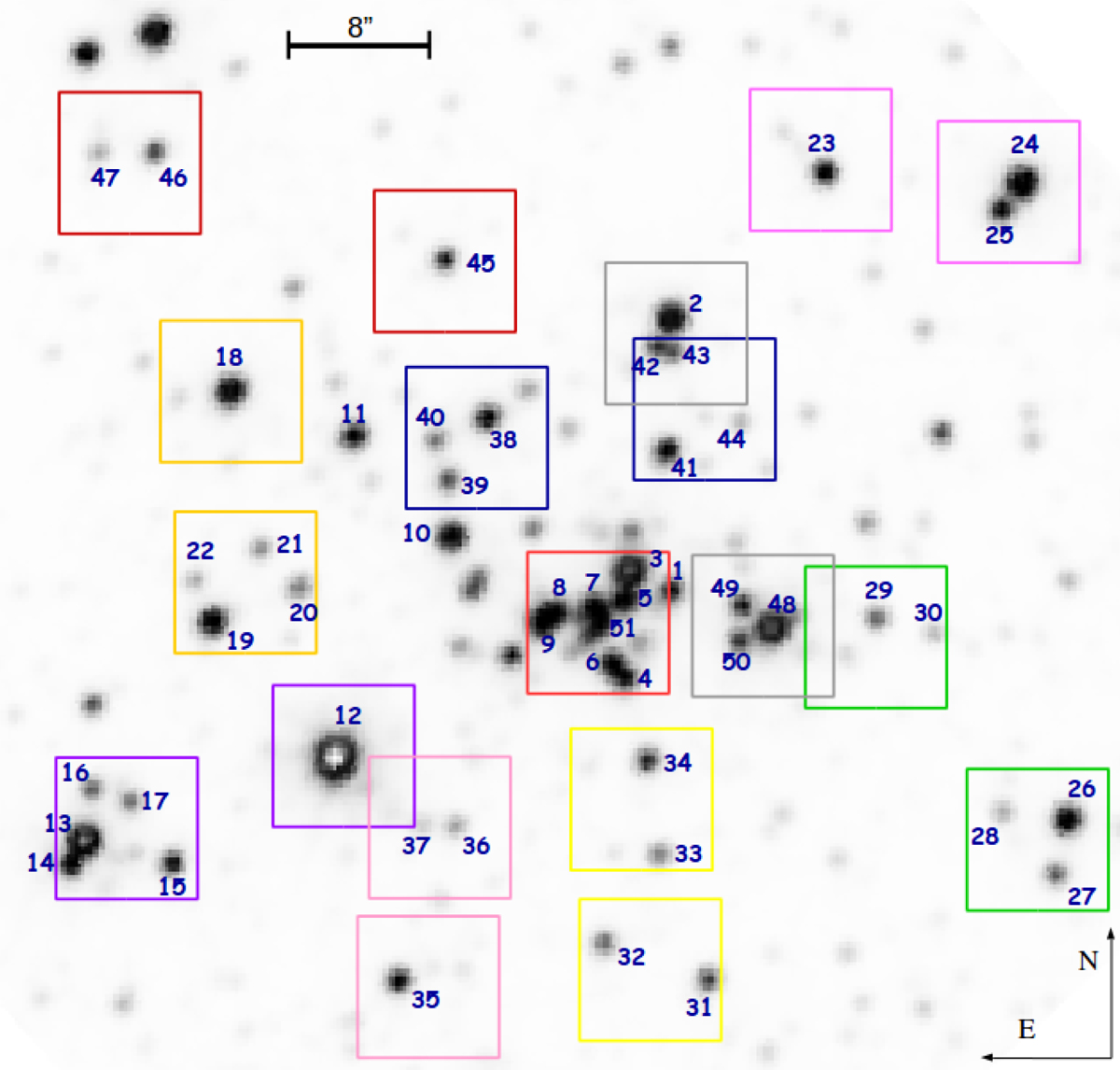