Calibration of fish-eye lens and error estimation on fireball trajectories: application to the FRIPON network

Context. Fireball networks are developing over the whole planet, with the aim of recovering meteorites and at the same time determining their orbits. The ultimate goal of such networks is to identify the parent bodies of meteorite families to achieve this, orbit accuracy is critical. Yet, the determination of an orbit relies on a long and complex reduction process including: (1) astrometry, with heavy distortion for fish-eye lenses, (2) estimation of the external bias on the observation, (3) fit of the trajectory, (4) deceleration model, and (5) actual orbit computation.
Aims: Our goal is to compute accurate trajectories with an estimate of internal and external errors as realistic as possible, taking advantage of the dense observation network FRIPON (Fireball Recovery and InterPlanetary Observation Network), which comprises more than 100 cameras in France and Europe. In particular, we pay special attention to the distortion of images due to fish-eye lenses. In the present paper, we describe the analytical protocol that allows us to compute trajectories and their uncertainties.
Methods: We developed a general distortion model to be used on the FRIPON fish-eye cameras. Such a model needs to be accurate even at low elevation, as most fireball observations are performed low on the horizon. The radial distortion is modelled by a nine-degree odd polynomial, hence by five parameters. In addition, we used three parameters to describe the geometry of the camera and two for non-symmetrical distortion. Lastly, we used a new statistical method taking systematic errors into account, which allows us to compute realistic confidence intervals. We tested our method on a fireball that fell on 2017-08-94 UT 00:06.
Results: The accuracy of our astrometrical model for each camera is 2 arcmin (1σ), but the internal error on the fireball of 2017-08-94 UT 00:06 measurement is 0.7 arcmin (better than 1/10 pixel). We developed a method to estimate the external error considering that each station is independent and found it equal to 0.8 arcmin. Real residuals are coherent with our estimation of internal and external error for each camera, which confirms the internal consistency of our method. We discuss the advantages and disadvantages of this protocol. 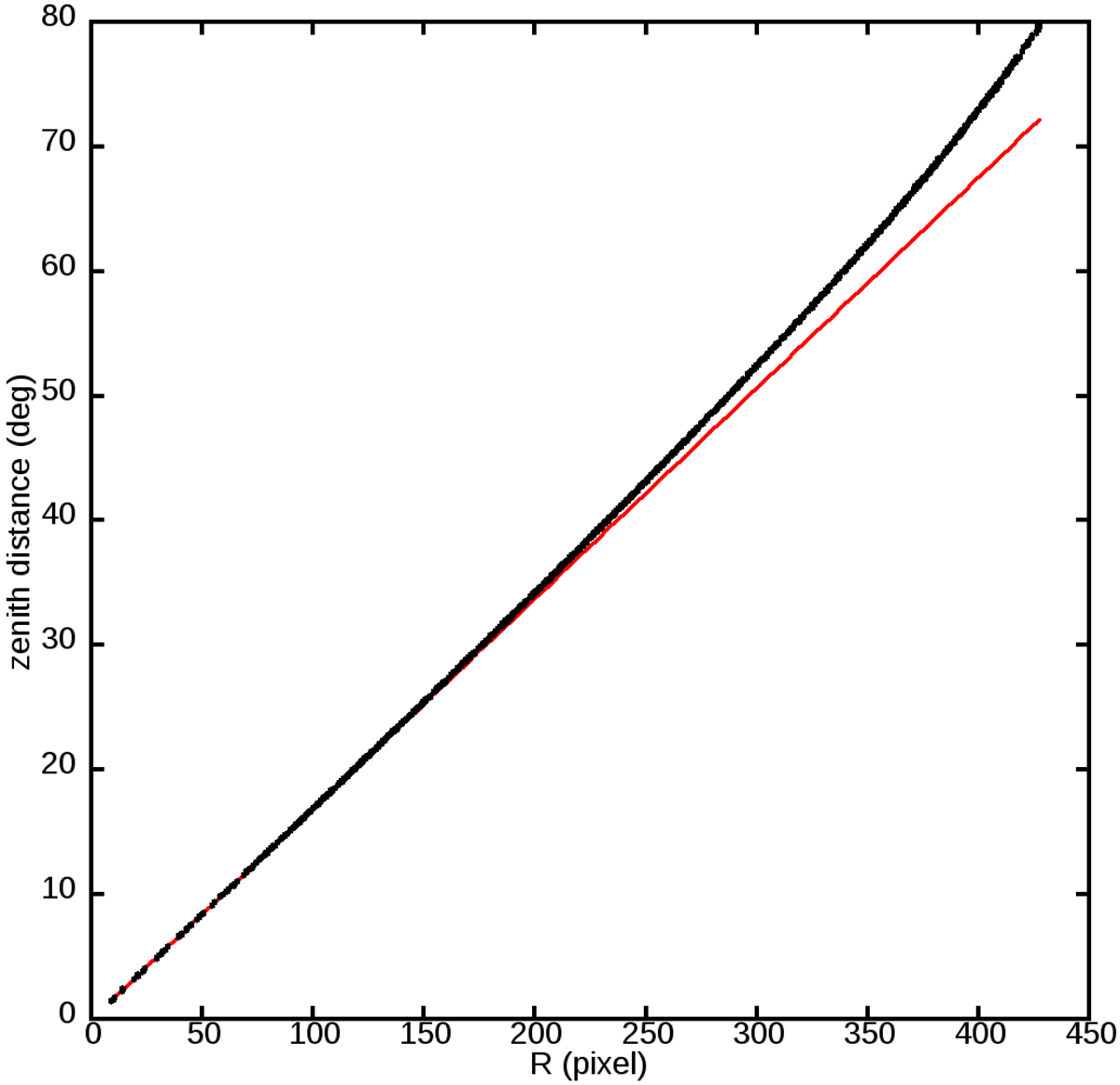