Wide low-mass substellar companions are known to be very rare among low-mass stars, but appear to become increasingly common with increasing stellar mass. However, B-type stars, which are the most massive stars within 150 pc of the Sun, have not yet been examined to the same extent as AFGKM-type stars in that regard. In order to address this issue, we launched the ongoing B-star Exoplanet Abundance Study (BEAST) to examine the frequency and properties of planets, brown dwarfs, and disks around B-type stars in the Scorpius-Centaurus (Sco-Cen) association; we also analyzed archival data of B-type stars in Sco-Cen. During this process, we identified a candidate substellar companion to the B9-type spectroscopic binary HIP 79098 AB, which we refer to as HIP 79098 (AB)b. The candidate had been previously reported in the literature, but was classified as a background contaminant on the basis of its peculiar colors. Here we demonstrate that the colors of HIP 79098 (AB)b are consistent with several recently discovered young and low-mass brown dwarfs, including other companions to stars in Sco-Cen. Furthermore, we show unambiguous common proper motion over a 15-yr baseline, robustly identifying HIP 79098 (AB)b as a bona fide substellar circumbinary companion at a 345 ± 6 AU projected separation to the B9-type stellar pair. With a model-dependent mass of 16-25 MJup yielding a mass ratio of <1%, HIP 79098 (AB)b joins a growing number of substellar companions with planet-like mass ratios around massive stars. Our observations underline the importance of common proper motion analysis in the identification of physical companionship, and imply that additional companions could potentially remain hidden in the archives of purely photometric surveys. 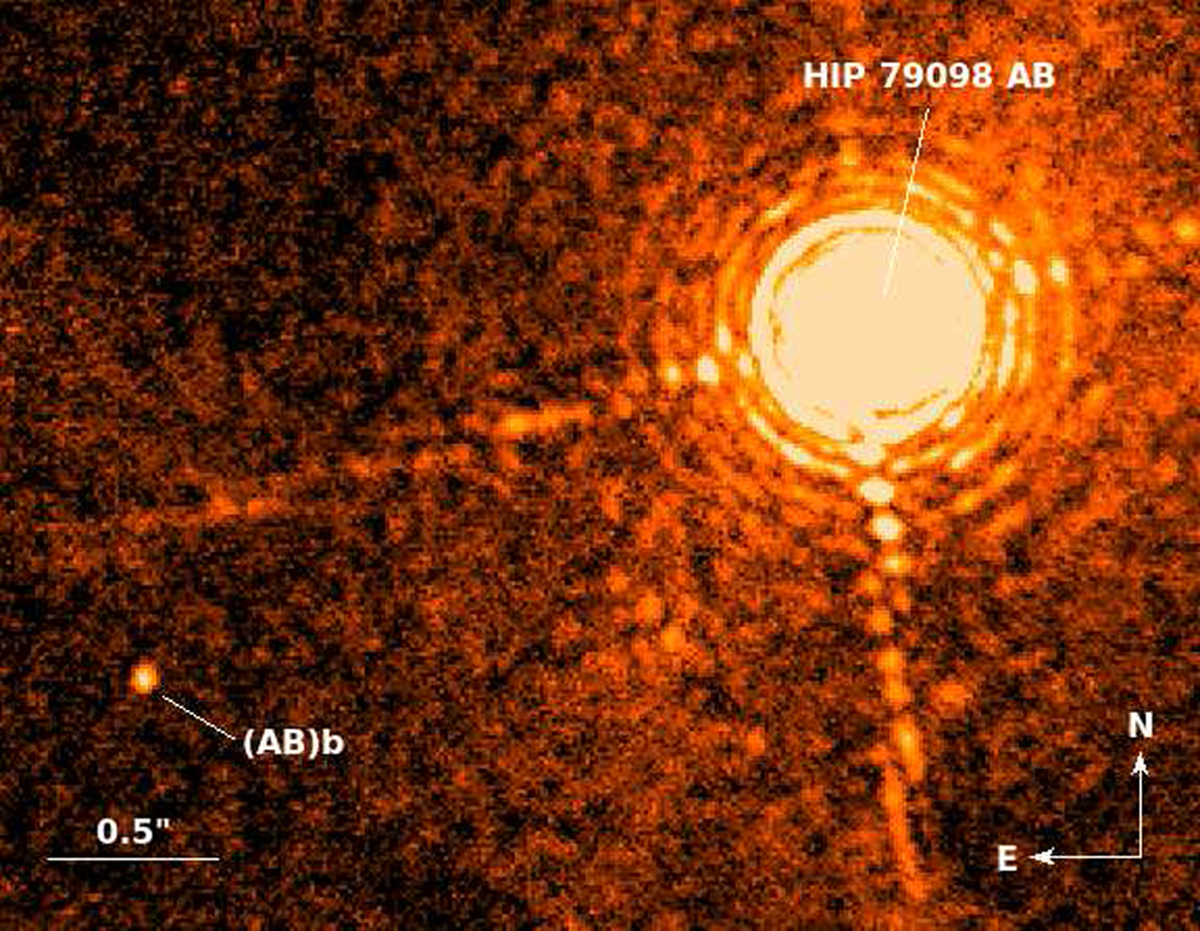