It is commonly believed that galaxies use, throughout Hubble time, a very small fraction of the baryons associated with their dark matter halos to form stars. This so-called low star formation efficiency f⋆ ≡ M⋆/fbMhalo, where fb ≡ Ωb/Ωc is the cosmological baryon fraction, is expected to reach its peak at nearly L* (at efficiency ≈20%) and decline steeply at lower and higher masses. We have tested this using a sample of nearby star-forming galaxies, from dwarfs (M⋆ ≃ 107 M☉) to high-mass spirals (M⋆ ≃ 1011 M☉) with HI rotation curves and 3.6 μm photometry. We fit the observed rotation curves with a Bayesian approach by varying three parameters, stellar mass-to-light ratio Υ⋆, halo concentration c, and mass Mhalo. We found two surprising results: (1) the star formation efficiency is a monotonically increasing function of M⋆ with no sign of a decline at high masses, and (2) the most massive spirals (M⋆ ≃ 1-3 × 1011 M☉) have f⋆ ≈ 0.3-1, i.e. they have turned nearly all the baryons associated with their halos into stars. These results imply that the most efficient galaxies at forming stars are massive spirals (not L* galaxies); they reach nearly 100% efficiency, and thus once both their cold and hot gas is considered in the baryon budget, they have virtually no missing baryons. Moreover, there is no evidence of mass quenching of the star formation occurring in galaxies up to halo masses of a few × 1012 M☉. 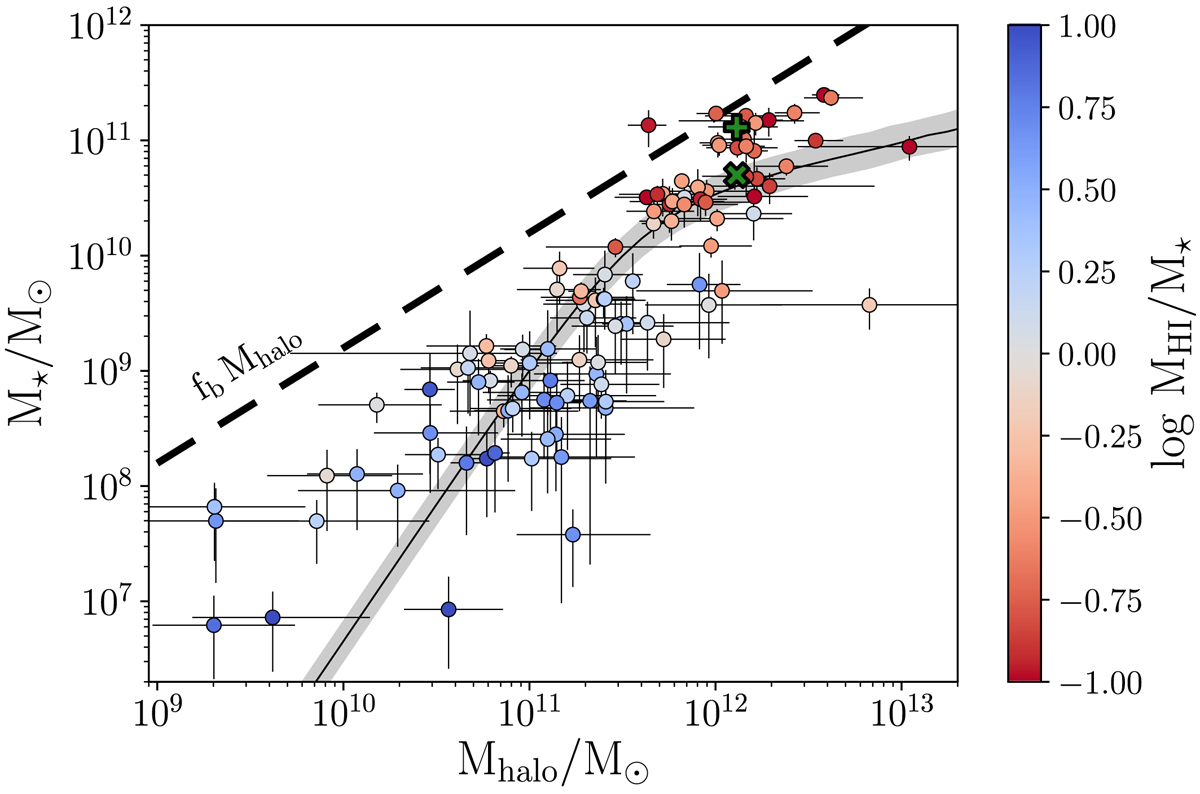