MUSE unravels the ionisation and origin of metal-enriched absorbers in the gas halo of a z = 2.92 radio galaxy

We have used the Multi-Unit Spectroscopic Explorer (MUSE) to study the circumgalactic medium (CGM) of a z = 2.92 radio galaxy, MRC 0943-242 by parametrising its emitting and absorbing gas. In both Lyα λ1216 and He II λ1640 lines, we observe emission with velocity shifts of Δv ≃ -1000 km s-1 from the systemic redshift of the galaxy. These blueshifted components represent kinematically perturbed gas that is aligned with the radio axis, and is therefore a signature of jet-driven outflows. Three of the four known Lyα absorbers in this source are detected at the same velocities as C IV λλ1548, 1551 and N V λλ1239, 1243 absorbers, proving that the gas is metal-enriched more so than previously thought. At the velocity of a strong Lyα absorber which has an H I column of NH I/cm-2 = 1019.2 and velocity shift of Δv ≃ -400 km s-1, we also detect Si II λ1260 and Si II λ1527 absorption, which suggests that the absorbing gas is ionisation bounded. With the added sensitivity of this MUSE observation, we are more capable of adding constraints to absorber column densities and consequently determining what powers their ionisation. To do this, we obtain photoionisation grid models in CLOUDY which show that AGN radiation is capable of ionising the gas and producing the observed column densities in a gas of metallicity of Z/Z⊙ ≃ 0.01 with a nitrogen abundance a factor of 10 greater than that of hydrogen. This metal-enriched absorbing gas, which is also spatially extended over a projected distance of r ≳ 60 kpc, is likely to have undergone chemical enrichment through stellar winds that have swept up metals from the interstellar-medium and deposited them in the outer regions of the galaxy's halo. 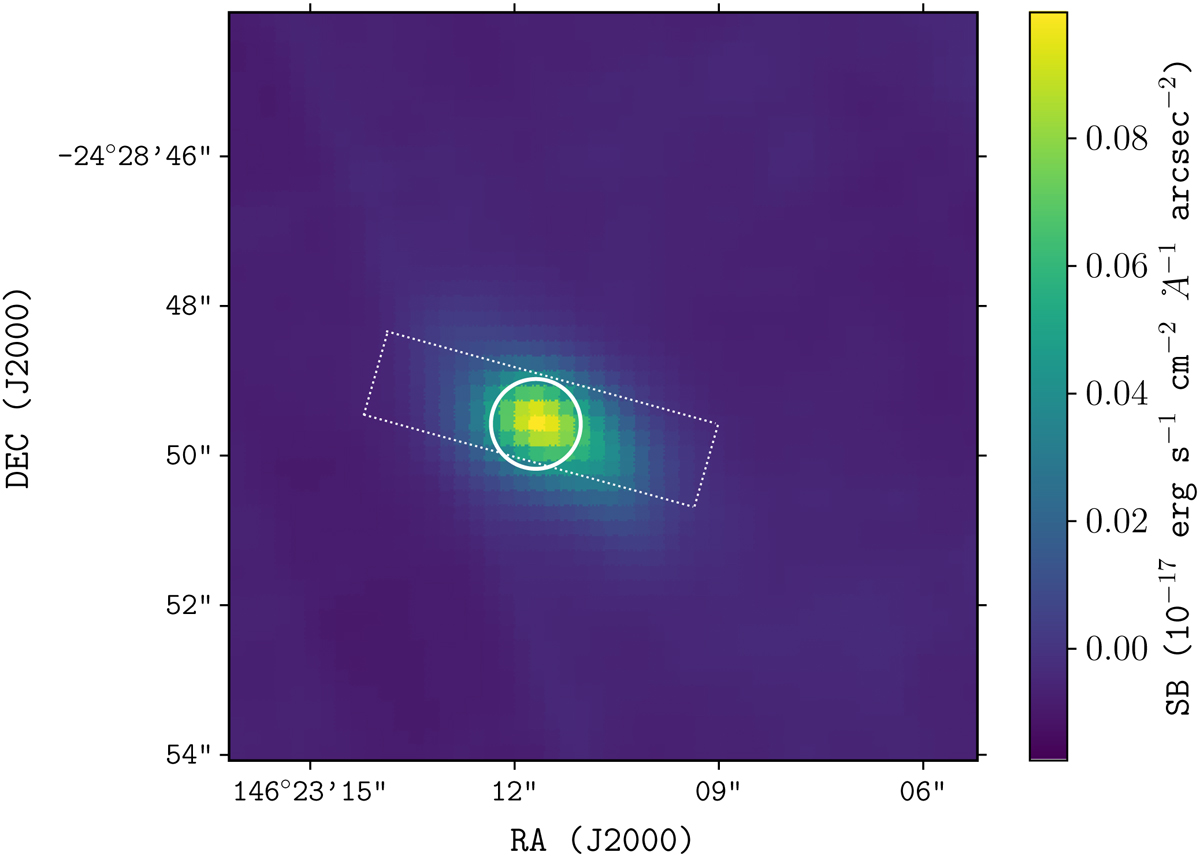