Context. One of the most important aspects of modern astrophysics is related to our understanding of the origin of elements and chemical evolution in the large variety of astronomical sources. Nuclear regions of galaxies undergo heavy processing of matter, and are therefore ideal targets to investigate matter cycles via determination of elemental and isotopic abundances.
Aims: To trace chemical evolution in a prototypical starburst environment, we spatially resolve carbon and oxygen isotope ratios across the central molecular zone (CMZ; full size ∼600 pc) in the nearby starburst galaxy NGC 253.
Methods: We imaged the emission of the optically thin isotopologues 13CO, C18O, C17O, 13C18O at a spatial resolution ∼50 pc, comparable to the typical size of giant molecular associations. Optical depth effects and contamination of 13C18O by C4H are discussed and accounted for to derive column densities.
Results: This is the first extragalactic detection of the double isotopologue 13C18O. Derived isotopic ratios 12C/13C ∼ 21 ± 6, 16O/18O ∼ 130 ± 40, and 18O/17O ∼ 4.5 ± 0.8 differ from the generally adopted values in the nuclei of galaxies.
Conclusions: The molecular clouds in the central region of NGC 253 show similar rare isotope enrichment to those within the CMZ of the Milky way. This enrichment is attributed to stellar nucleosynthesis. Measured isotopic ratios suggest an enhancement of 18O as compared to our Galactic centre, which we attribute to an extra 18O injection from massive stars. Our observations show evidence for mixing of distinct gas components with different degrees of processing. We observe an extra molecular component of highly processed gas on top of the already proposed less processed gas being transported to the central region of NGC 253. Such a multicomponent nature and optical depth effects may hinder the use of isotopic ratios based on a spatially unresolved line to infer the star formation history and/or initial stellar mass function properties galaxy nuclei. 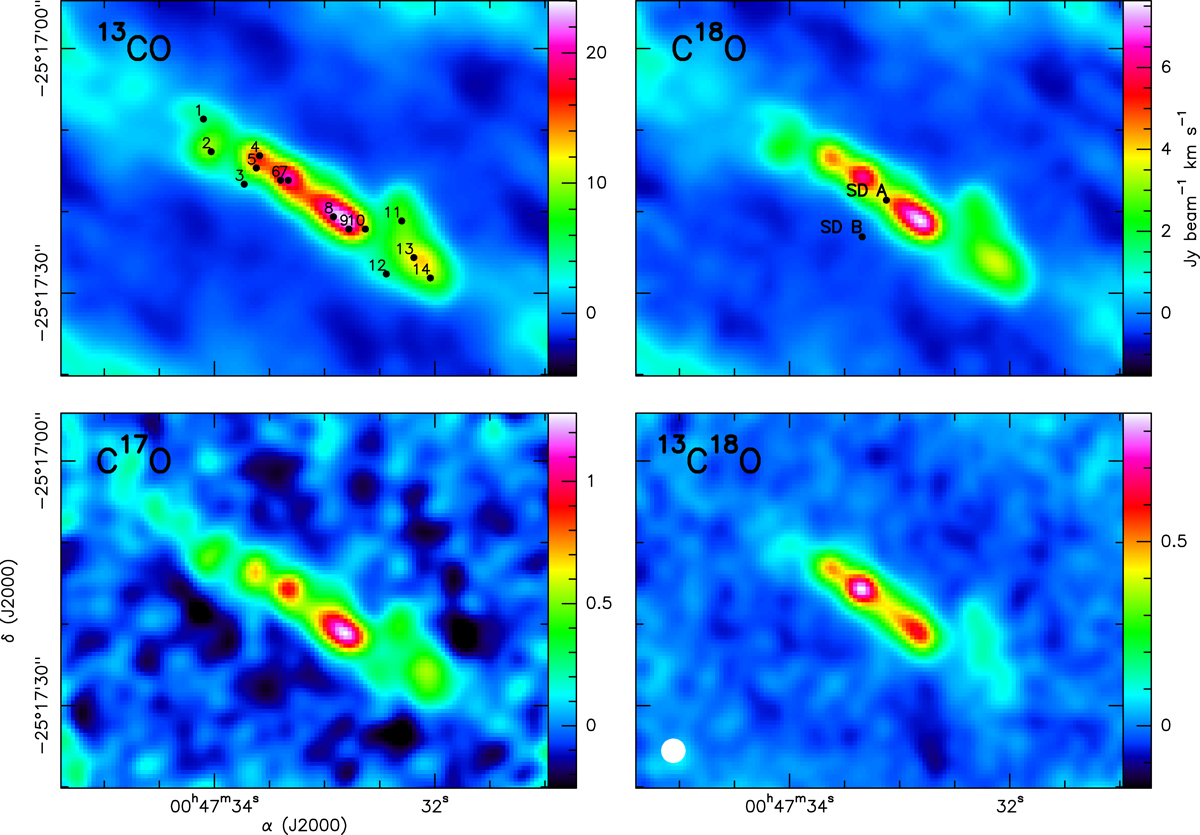