Dust-depletion sequences in damped Lyman-α absorbers. II. The composition of cosmic dust, from low-metallicity systems to the Galaxy

Metals in the interstellar medium (ISM) of essentially all types of galaxies are observed to be depleted compared to the expected values. The depletion is most likely due to dust condensation in, for example, cold molecular clouds and various circumstellar and interstellar environments. The relative observed metal abundances should thereby reflect the composition of the ISM dust components. We aim at identifying the most dominant dust species or types, including silicate and iron oxide grains present in the ISM, using recent observations of dust depletion of galaxies at various evolutionary stages. We use the observed elemental abundances in dust of several metals (O, S, Si, Mg, and Fe) in different environments, considering systems with different metallicities and dust content, namely damped Lyman-α absorbers (DLAs) towards quasars and the Galaxy. We derive a possible dust composition by computationally finding the statistically expected elemental abundances in dust assuming a set of key dust species with the iron content as a free parameter. Carbonaceous dust is not considered in the present study. Metallic iron (likely in the form of inclusions in silicate grains) and iron oxides are important components of the mass composition of carbon-free dust. The latter make up a significant mass fraction ( 1/4 in some cases) of the oxygen-bearing dust and there are good reasons to believe that metallic iron constitutes a similar mass fraction of dust. Wüstite (FeO) could be a simple explanation for the depletion of iron and oxygen because it is easily formed. There appears to be no silicate species clearly dominating the silicate mass, but rather a mix of iron-poor as well as iron-rich olivine and pyroxene. To what extent sulphur depletion is due to sulfides remains unclear. In general, there seems to be little evolution of the dust composition (not considering carbonaceous dust) from low-metallicity systems to the Galaxy. 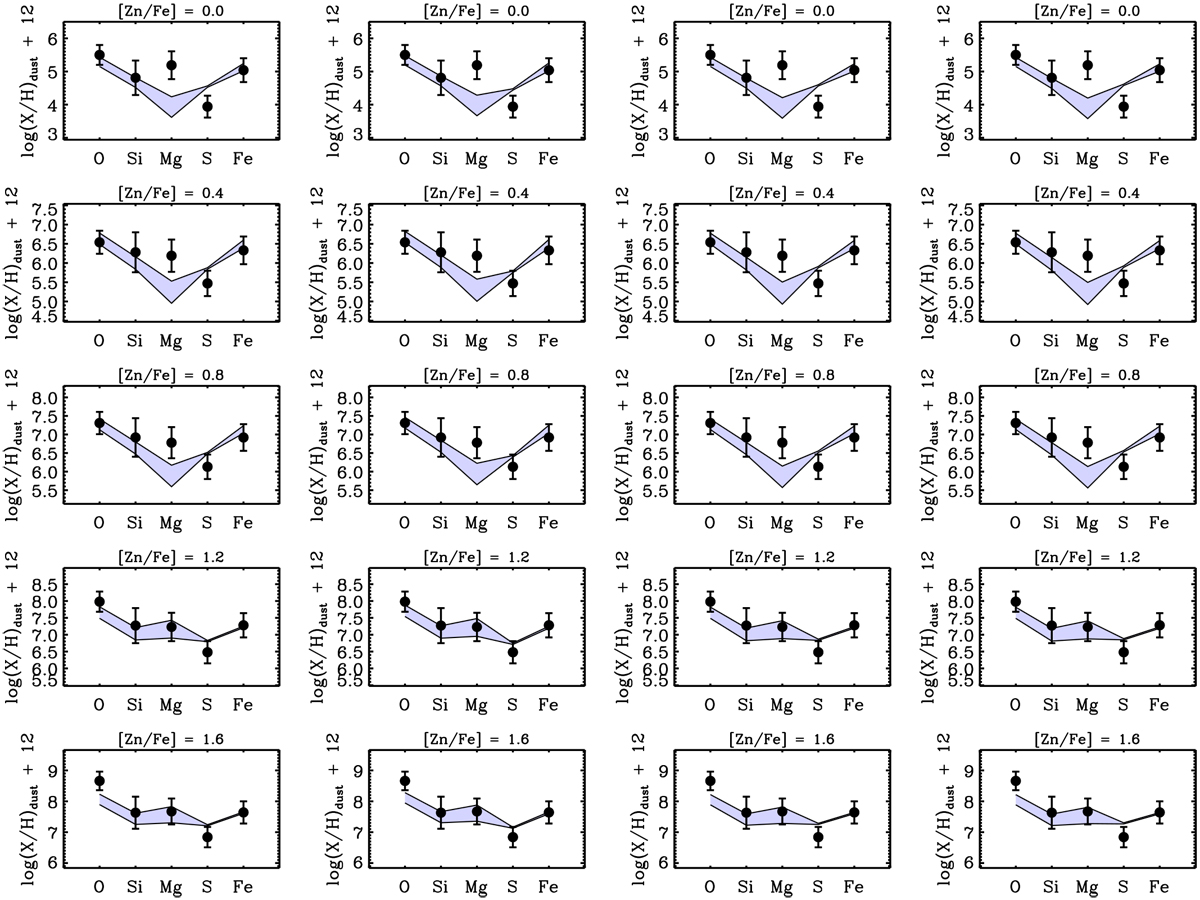