Context. Within the NaCo-ISPY exoplanet imaging program, we aim at detecting and characterizing the population of low-mass companions at wide separations (≳10 AU), focusing in particular on young stars either hosting a known protoplanetary disk or a debris disk.
Aims: R CrA is one of the youngest (1-3 Myr) and most promising objects in our sample because of two previous studies that suggested the presence of a close companion. Our aim is to directly image and characterize the companion for the first time.
Methods: We observed R CrA twice with the NaCo instrument at the Very Large Telescope (VLT) in the L' filter with a one year time baseline in between. The high-contrast imaging data were reduced and analyzed and the companion candidate was detected in both datasets. We used artificial negative signals to determine the position and brightness of the companion and the related uncertainties.
Results: The companion is detected at a separation of 196.8 ± 4.5/196.6 ± 5.9 mas (18.7 ± 1.3/18.7 ± 1.4 AU) and position angle of 134.7 ± 0.5 ° /133.7 ± 0.7° in the first/second epoch observation. We measure a contrast of 7.29 ± 0.18/6.70 ± 0.15 mag with respect to the primary. A study of the stellar proper motion rejects the hypothesis that the signal is a background object. The companion candidate orbits in the clockwise direction and, if on a face-on circular orbit, its period is ∼43 - 47 yr. This value disagrees with the estimated orbital motion and therefore a face-on circular orbit may be excluded. Depending on the assumed age, extinction, and brightness of the primary, the stellar companion has a mass between 0.10 ± 0.02 M⊙ and 1.03-0.18+0.20 M⊙ range, if no contribution from circumsecondary material is taken into account.
Conclusions: As already hypothesized by previous studies, we directly detected a low-mass stellar companion orbiting the young Herbig Ae/Be star R CrA. Depending on the age assumptions, the companion is among the youngest forming companions imaged to date, and its presence needs to be taken into account when analyzing the complex circumstellar environment of R CrA. 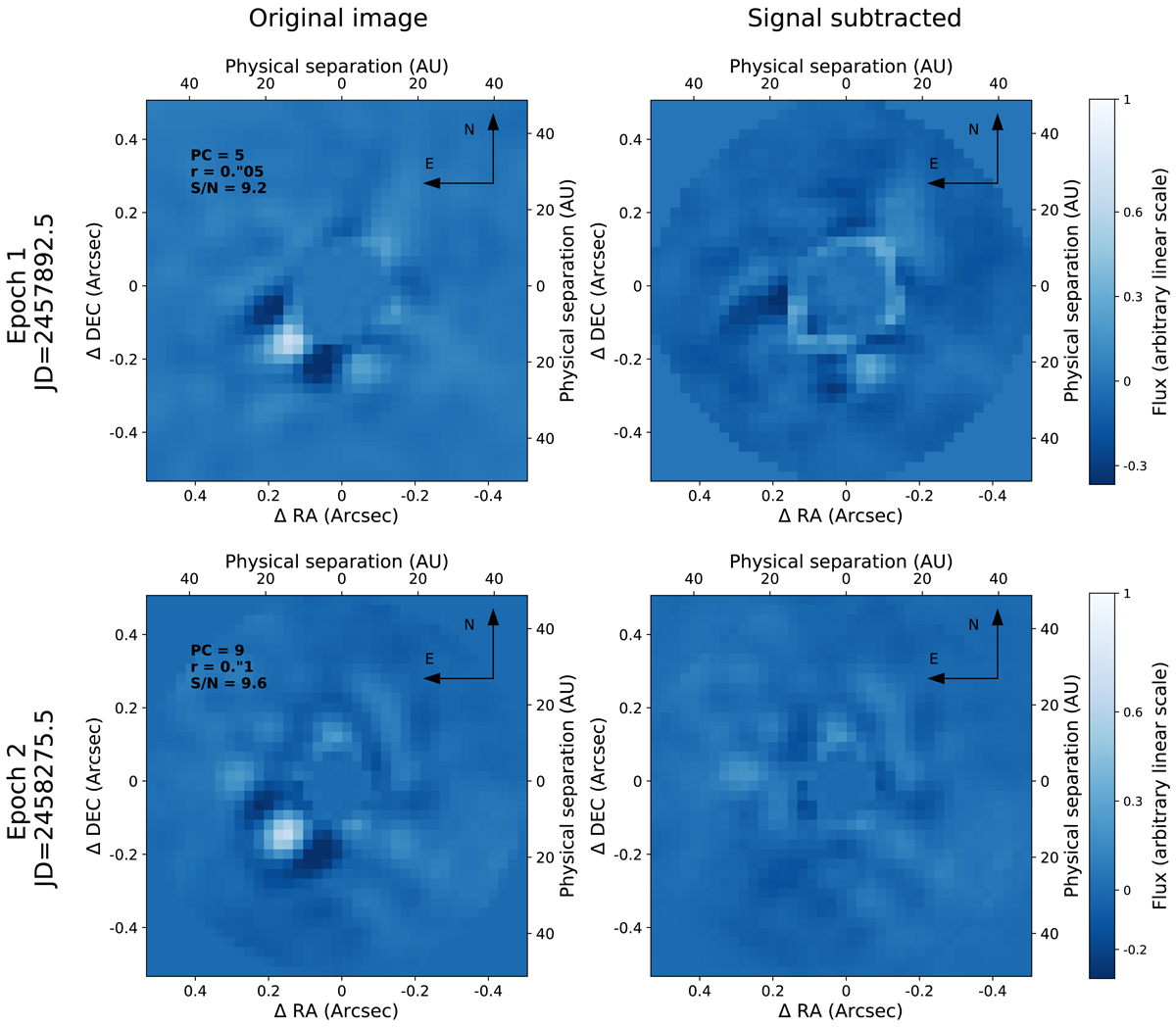