Aims: The study of accurate methods to estimate the distribution of stellar rotational velocities is important for understanding many aspects of stellar evolution. From such observations we obtain the projected rotational speed (v sin i) in order to recover the true distribution of the rotational velocity. To that end, we need to solve a difficult inverse problem that can be posed as a Fredholm integral of the first kind.
Methods: In this work we have used a novel approach based on maximum likelihood (ML) estimation to obtain an approximation of the true rotational velocity probability density function (PDF) expressed as a sum of known distribution families. In our proposal, the measurements have been treated as random variables drawn from the projected rotational velocity PDF. We analyzed the case of Maxwellian sum approximation, where we estimated the parameters that define the sum of distributions.
Results: The performance of the proposed method is analyzed using Monte Carlo simulations considering two theoretical cases for the PDF of the true rotational stellar velocities: (i) an unimodal Maxwellian probability density distribution and (ii) a bimodal Maxwellian probability density distribution. The results show that the proposed method yielded more accurate estimates in comparison with the Tikhonov regularization method, especially for small sample length (N = 50). Our proposal was evaluated using real data from three sets of measurements, and our findings were validated using three statistical tests.
Conclusions: The ML approach with Maxwellian sum approximation is a accurate method to deconvolve the rotational velocity PDF, even when the sample length is small (N = 50). 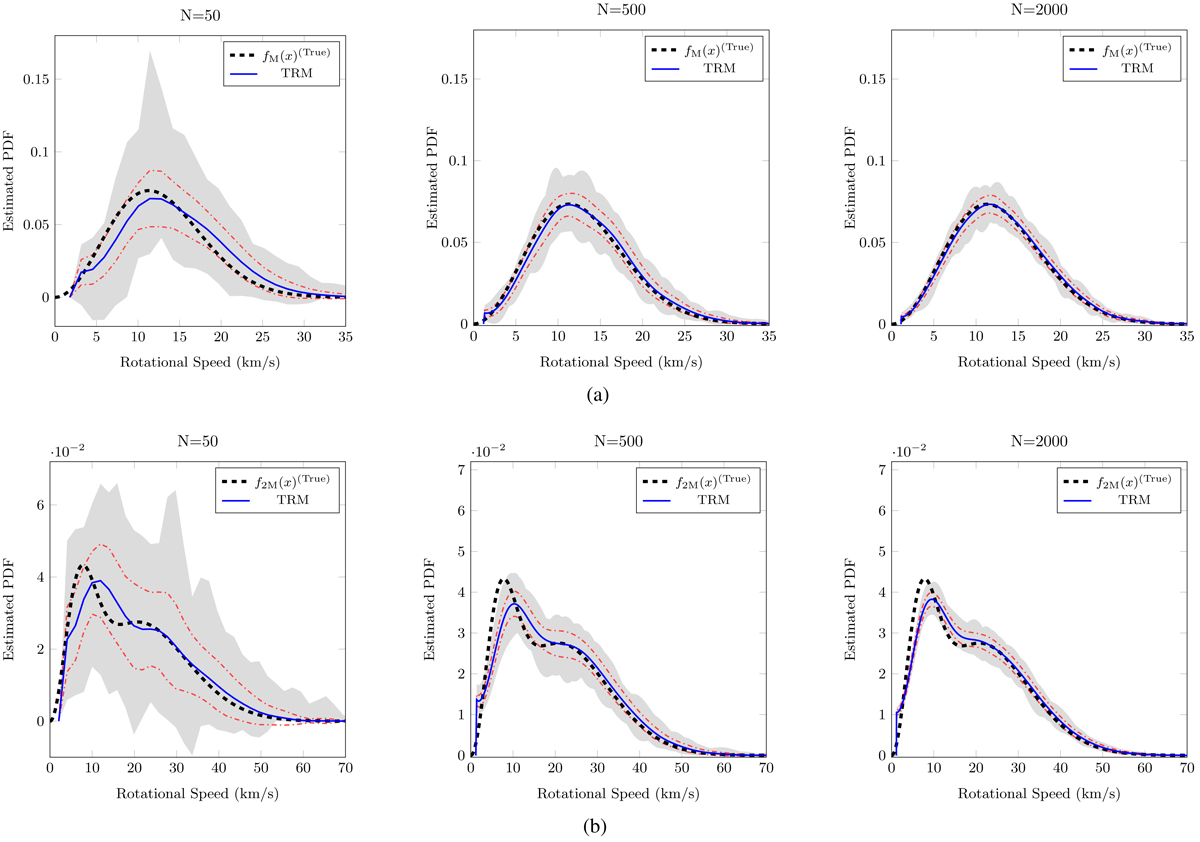