The ALMA-PILS survey: the first detection of doubly deuterated methyl formate (CHD2OCHO) in the ISM

Studies of deuterated isotopologues of complex organic molecules can provide important constraints on their origin in star formation regions. In particular, the abundances of deuterated species are very sensitive to the physical conditions in the environment where they form. Because the temperatures in star formation regions are low, these isotopologues are enhanced to significant levels, which enables the detection of multiply deuterated species. However, for complex organic species, so far only the multiply deuterated variants of methanol and methyl cyanide have been reported. The aim of this paper is to initiate the characterisation of multiply deuterated variants of complex organic species with the first detection of doubly deuterated methyl formate, CHD2OCHO. We use ALMA observations from the Protostellar Interferometric Line Survey (PILS) of the protostellar binary IRAS 16293-2422 in the spectral range of 329.1 GHz to 362.9 GHz. Spectra towards each of the two protostars are extracted and analysed using a local thermal equilibrium model in order to derive the abundances of methyl formate and its deuterated variants. We report the first detection of doubly deuterated methyl formate CHD2OCHO in the ISM. The D-to-H ratio (D/H ratio) of CHD2OCHO is found to be 2-3 times higher than the D/H ratio of CH2DOCHO for both sources, similar to the results for formaldehyde from the same dataset. The observations are compared to a gas-grain chemical network coupled to a dynamical physical model, tracing the evolution of a molecular cloud until the end of the Class 0 protostellar stage. The overall D/H ratio enhancements found in the observations are of about the same magnitude as the predictions from the model for the early stages of Class 0 protostars. However, that the D/H ratio of CHD2OCHO is higher than that of CH2DOCHO is still not predicted by the model. This suggests that a mechanism enhances the D/H ratio of singly and doubly deuterated methyl formate that is not in the model, for instance, mechanisms for H-D substitutions. This new detection provides an important constraint on the formation routes of methyl formate and outlines a path forward in terms of using these ratios to determine the formation of organic molecules through observations of differently deuterated isotopologues towards embedded protostars. 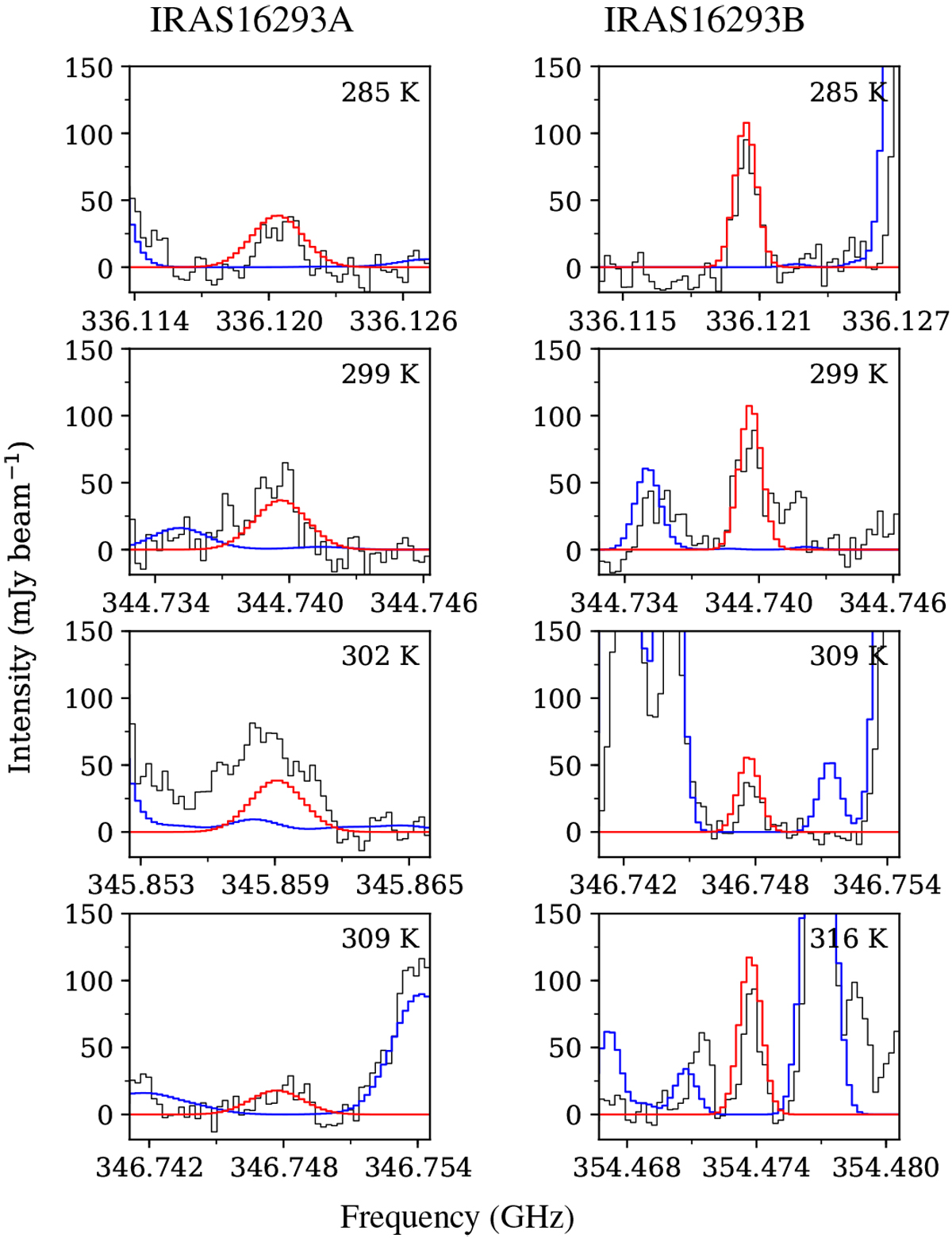