A recent study of the X-ray source XMMUJ134736.6+173403 has revealed a strong quasi-periodic modulation in the X-ray flux. The observation of two quasiperiodic oscillations (QPOs) that occur on a daily timescale and exhibit a 3:1 frequency ratio strongly supports the evidence for the presence of an active galactic nucleus black hole (AGN BH). Assuming an orbital origin of QPOs, we calculated the upper and lower limit on AGN BH mass M and found M ≈ 107 - 109 M⊙. When we compare this to mass estimates of other sources, XMMUJ134736.6+173403 appears to be the most massive source with commensurable QPO frequencies, and its mass represents the current observational upper limit on AGN BH mass based on QPO observations. We note that it will be crucial for the falsification of particular resonance models of QPOs whether only a single QPO with a frequency that completes the harmonic sequence 3 : 2 : 1 is found in this source, or if a new different pair of QPOs with frequencies in the 3 : 2 ratio is found. The former case would agree with the prediction of the 3 : 2 epicyclic resonance model and BH mass M ≈ (5a2 + 8a + 8)×107 M⊙, where a is a dimensionless BH spin. 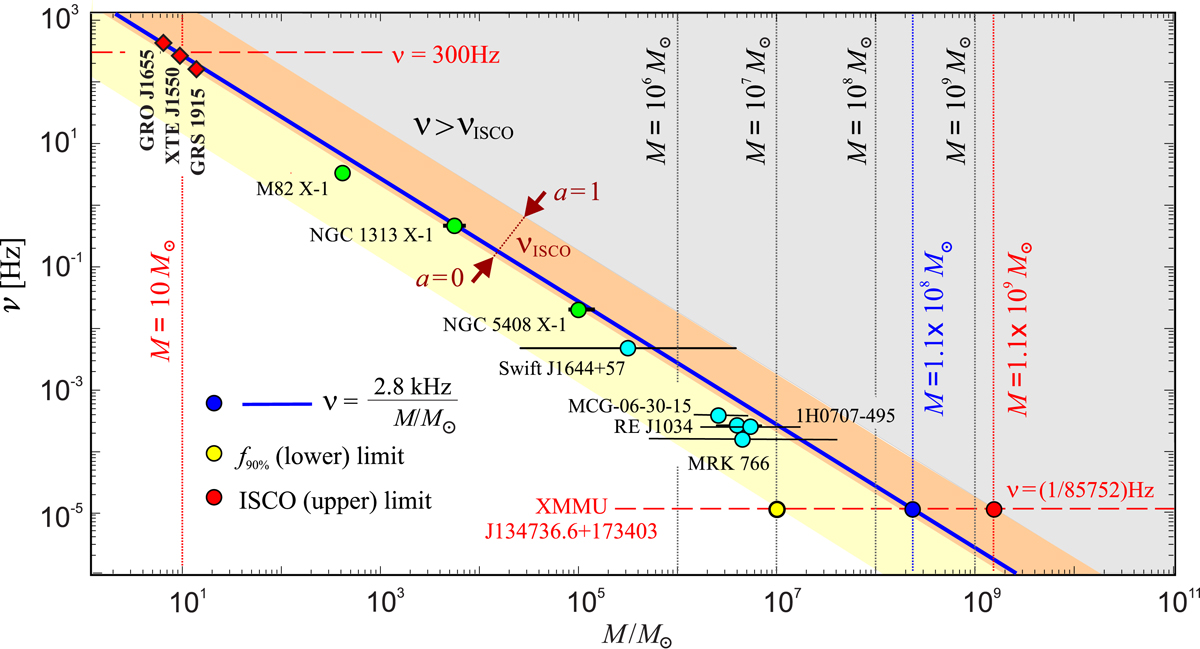