Discovery and follow-up of the unusual nuclear transient OGLE17aaj


Aims: We report on the discovery and follow-up of a peculiar transient, OGLE17aaj, which occurred in the nucleus of a weakly active galaxy. We investigate whether it can be interpreted as a new candidate for a tidal disruption event (TDE).
Methods: We present the OGLE-IV light curve that covers the slow 60-day-long rise to maximum along with photometric, spectroscopic, and X-ray follow-up during the first year.
Results: OGLE17aaj is a nuclear transient exhibiting some properties similar to previously found TDEs, including a long rise time, lack of colour-temperature evolution, and high black-body temperature. On the other hand, its narrow emission lines and slow post-peak evolution are different from previously observed TDEs. Its spectrum and light-curve evolution is similar to F01004-2237 and AT 2017bgt. Signatures of historical low-level nuclear variability suggest that OGLE17aaj may instead be related to a new type of accretion event in active super-massive black holes. 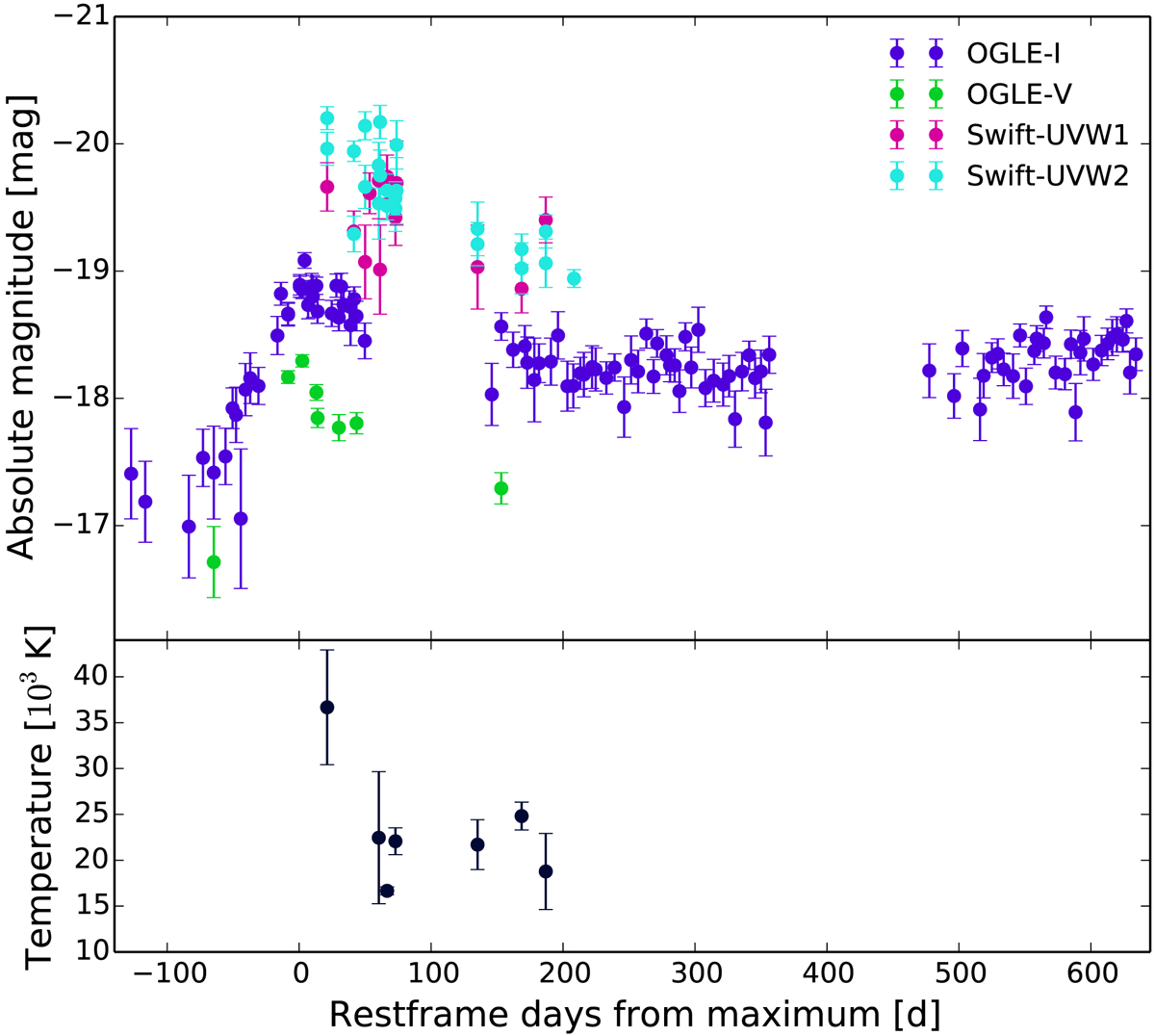