We report on a multi-wavelength study of the unclassified X-ray source CXOU J110926.4-650224 (J1109). We identified the optical counterpart as a blue star with a magnitude of ∼20.1 (3300-10500 Å). The optical emission was variable on timescales from hundreds to thousands of seconds. The spectrum showed prominent emission lines with variable profiles at different epochs. Simultaneous XMM-Newton and NuSTAR observations revealed a bimodal distribution of the X-ray count rates on timescales as short as tens of seconds, as well as sporadic flaring activity. The average broad-band (0.3-79 keV) spectrum was adequately described by an absorbed power law model with photon index of Γ = 1.63 ± 0.01 (at 1σ c.l.), and the X-ray luminosity was (2.16 ± 0.04) × 1034 erg s-1 for a distance of 4 kpc. Based on observations with different instruments, the X-ray luminosity has remained relatively steady over the past ∼15 years. J1109 is spatially associated with the gamma-ray source FL8Y J1109.8-6500, which was detected with Fermi at an average luminosity of (1.5 ± 0.2) × 1034 erg s-1 (assuming the distance of J1109) over the 0.1-300 GeV energy band between 2008 and 2016. The source was undetected during ATCA radio observations that were simultaneous with NuSTAR, down to a 3σ flux upper limit of 18 μJy beam-1 (at 7.25 GHz). We show that the phenomenological properties of J1109 point to a binary transitional pulsar candidate currently in a sub-luminous accretion disk state, and that the upper limits derived for the radio emission are consistent with the expected radio luminosity for accreting neutron stars at similar X-ray luminosities. 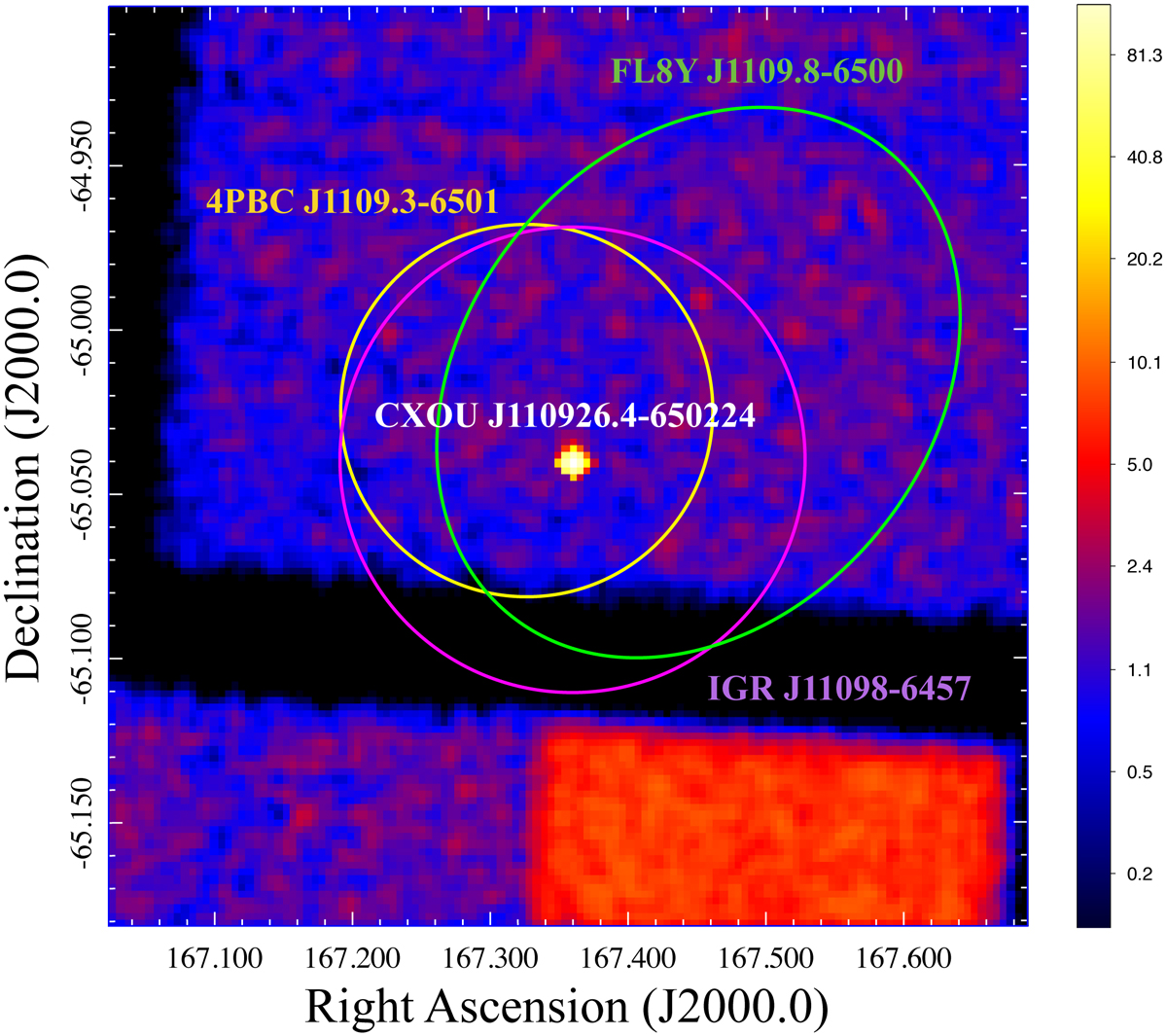