Context. Asteroseismic analysis of solar-like stars allows us to determine physical parameters such as stellar mass, with a higher precision compared to most other methods. Even in a well-studied cluster such as the Hyades, the masses of the red giant stars are not well known, and previous mass estimates are based on model calculations (isochrones). The four known red giants in the Hyades are assumed to be clump (core-helium-burning) stars based on their positions in colour-magnitude diagrams, however asteroseismology offers an opportunity to test this assumption.
Aims: Using asteroseismic techniques combined with other methods, we aim to derive physical parameters and the evolutionary stage for the planet hosting star ∊ Tau, which is one of the four red giants located in the Hyades.
Methods: We analysed time-series data from both ground and space to perform the asteroseismic analysis. By combining high signal-to-noise radial-velocity data from the ground-based SONG network with continuous space-based data from the revised Kepler mission K2, we derive and characterize 27 individual oscillation modes for ∊ Tau, along with global oscillation parameters such as the large frequency separation ∆ν and the ratio between the amplitude of the oscillations measured in radial velocity and intensity as a function of frequency. The latter has been measured previously for only two stars, the Sun and Procyon. Combining the seismic analysis with interferometric and spectroscopic measurements, we derive physical parameters for ∊ Tau, and discuss its evolutionary status.
Results: Along with other physical parameters, we derive an asteroseismic mass for ∊ Tau of M = 2.458 ± 0.073 M☉, which is slightly lower than previous estimates, and which leads to a revised minimum mass of the planetary companion. Noting that the SONG and K2 data are non-simultaneous, we estimate the amplitude ratio between intensity and radial velocity to be 42.2 ± 2.3 ppm m-1 s, which is higher than expected from scaling relations.

Time-series data are only available at the CDS via anonymous ftp to http://cdsarc.u-strasbg.fr (ftp://130.79.128.5) or via http://cdsarc.u-strasbg.fr/viz-bin/qcat?J/A+A/622/A190Based on observations made with the SONG telescopes operated on the Spanish Observatorio del Teide (Tenerife) and at the Chinese Delingha Observatory (Qinghai) by the Aarhus and Copenhagen Universities, by the Instituto de Astrofísica de Canarias and by the National Astronomical Observatories of China, and with NASA's K2 mission. 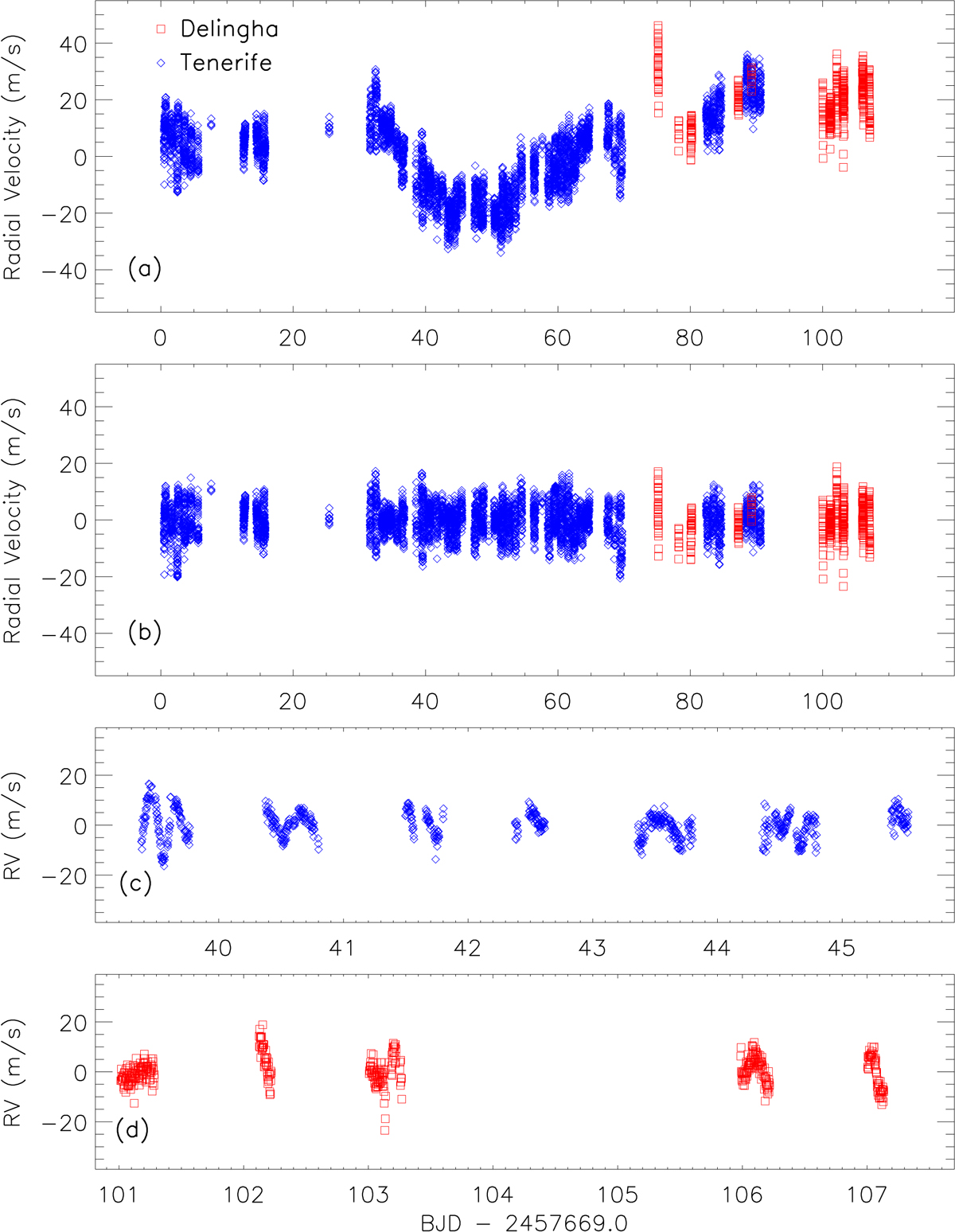