The MAGNUM survey: different gas properties in the outflowing and disc components in nearby active galaxies with MUSE

We investigated the interstellar medium (ISM) properties of the disc and outflowing gas in the central regions of nine nearby Seyfert galaxies, all characterised by prominent conical or biconical outflows. These objects are part of the Measuring Active Galactic Nuclei Under MUSE Microscope (MAGNUM) survey, which aims to probe their physical conditions and ionisation mechanism by exploiting the unprecedented sensitivity of the Multi Unit Spectroscopic Explorer (MUSE), combined with its spatial and spectral coverage. Specifically, we studied the different properties of the gas in the disc and in the outflow with spatially and kinematically resolved maps by dividing the strongest emission lines in velocity bins. We associated the core of the lines with the disc, consistent with the stellar velocity, and the redshifted and the blueshifted wings with the outflow. We measured the reddening, density, ionisation parameter, and dominant ionisation source of the emitting gas for both components in each galaxy. We find that the outflowing gas is characterised by higher values of density and ionisation parameter than the disc, which presents a higher dust extinction. Moreover, we distinguish high- and low-ionisation regions across the portion of spatially resolved narrow-line region (NLR) traced by the outflowing gas. The high-ionisation regions characterised by the lowest [N II]/Hα and [S II]/Hα line ratios generally trace the innermost parts along the axis of the emitting cones where the [S III]/[S II] line ratio is enhanced, while the low-ionisation regions follow the cone edges and/or the regions perpendicular to the axis of the outflows, also characterised by a higher [O III] velocity dispersion. A possible scenario to explain these features relies on the presence of two distinct populations of line emitting clouds: one is optically thin to the radiation and is characterised by the highest excitation, while the other is optically thick and is impinged by a filtered, and thus harder, radiation field which generates strong low-excitation lines. The highest values of [N II]/Hα and [S II]/Hα line ratios may be due to shocks and/or a hard filtered radiation field from the active galactic nucleus. 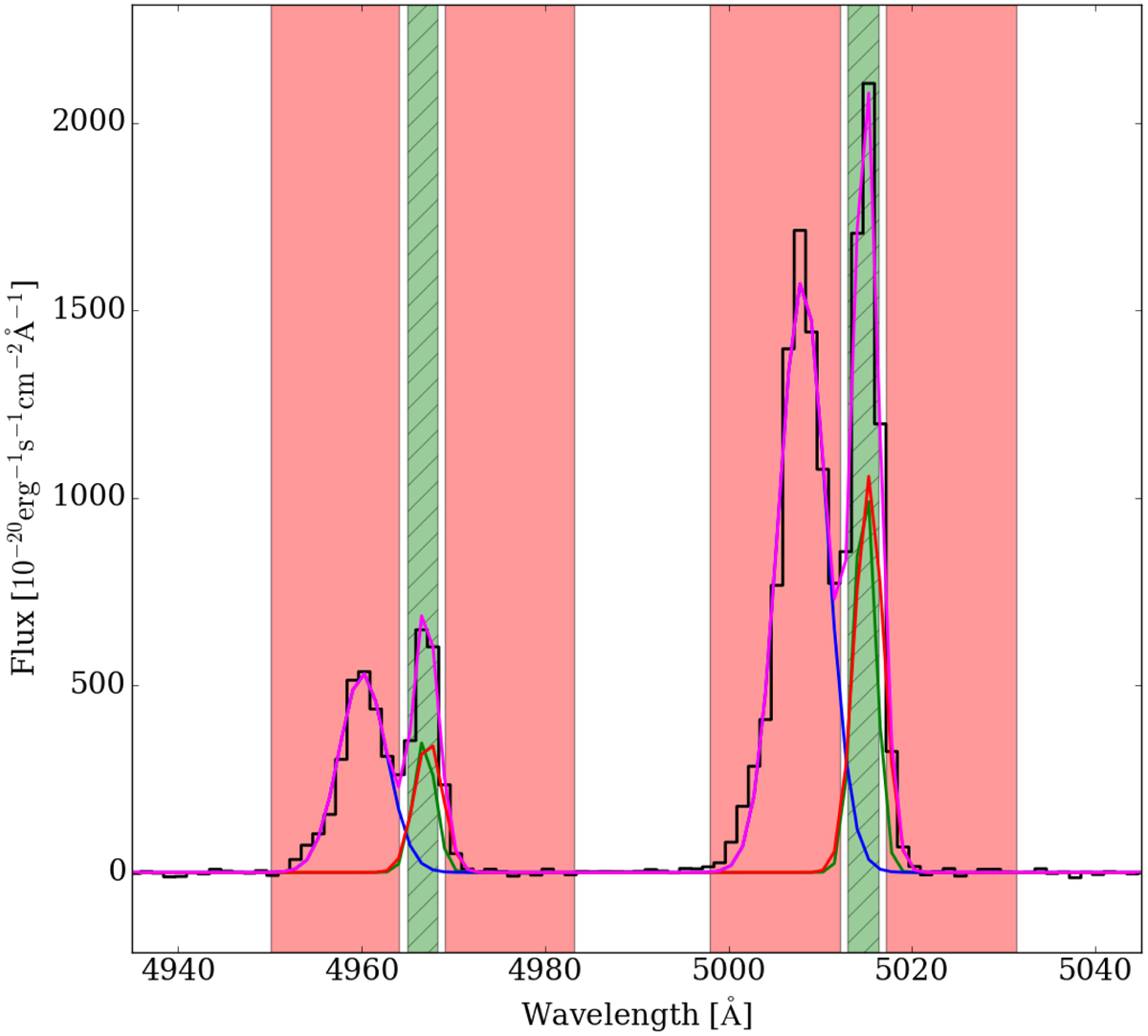