Star-formation activity is a key property to probe the structure formation and hence characterise the large-scale structures of the universe. This information can be deduced from the star formation rate (SFR) and the stellar mass (M⋆), both of which, but especially the SFR, are very complex to estimate. Determining these quantities from UV, optical, or IR luminosities relies on complex modeling and on priors on galaxy types. We propose a method based on the machine-learning algorithm Random Forest to estimate the SFR and the M⋆ of galaxies at redshifts in the range 0.01 < z < 0.3, independent of their type. The machine-learning algorithm takes as inputs the redshift, WISE luminosities, and WISE colours in near-IR, and is trained on spectra-extracted SFR and M⋆ from the SDSS MPA-JHU DR8 catalogue as outputs. We show that our algorithm can accurately estimate SFR and M⋆ with scatters of σSFR = 0.38 dex and σM⋆ = 0.16 dex for SFR and stellar mass, respectively, and that it is unbiased with respect to redshift or galaxy type. The full-sky coverage of the WISE satellite allows us to characterise the star-formation activity of all galaxies outside the Galactic mask with spectroscopic redshifts in the range 0.01 < z < 0.3. The method can also be applied to photometric-redshift catalogues, with best scatters of σSFR = 0.42 dex and σM⋆ = 0.24 dex obtained in the redshift range 0.1 < z < 0.3. 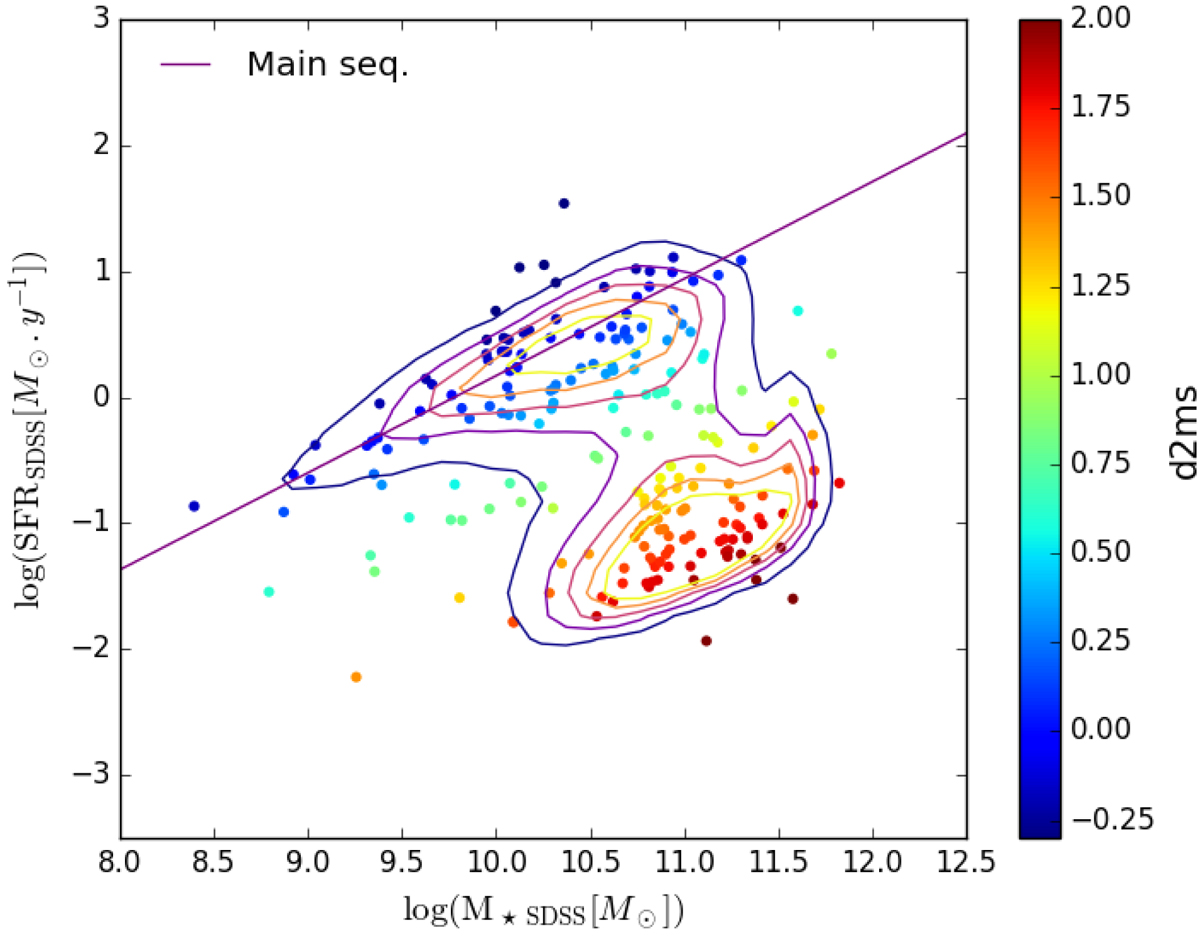