In an earlier campaign to characterize the mass of the transiting temperate super-Earth K2-18b with HARPS, a second, non-transiting planet was posited to exist in the system at 9 days. Further radial velocity follow-up with the CARMENES spectrograph visible channel revealed a much weaker signal at 9 days, which also appeared to vary chromatically and temporally, leading to the conclusion that the origin of the 9-day signal was more likely related to stellar activity than to a planetary presence. Here we conduct a detailed reanalysis of all available RV time-series - including a set of 31 previously unpublished HARPS measurements - to investigate the effects of time-sampling and of simultaneous modelling of planetary plus activity signals on the existence and origin of the curious 9-day signal. We conclude that the 9-day signal is real and was initially seen to be suppressed in the CARMENES data due to a small number of anomalous measurements, although the exact cause of these anomalies remains unknown. Investigation of the signal's evolution in time with wavelength and detailed model comparison reveals that the 9-day signal is most likely planetary in nature. Using this analysis, we reconcile the conflicting HARPS and CARMENES results and measure precise and self-consistent planet masses of mp,b = 8.63 ± 1.35 and mp,c sinic = 5.62 ± 0.84 Earth masses. This work, along with the previously published RV papers on the K2-18 planetary system, highlights the importance of understanding the time-sampling and of modelling the simultaneous planet plus stochastic activity, particularly when searching for sub-Neptune-sized planets with radial velocities. 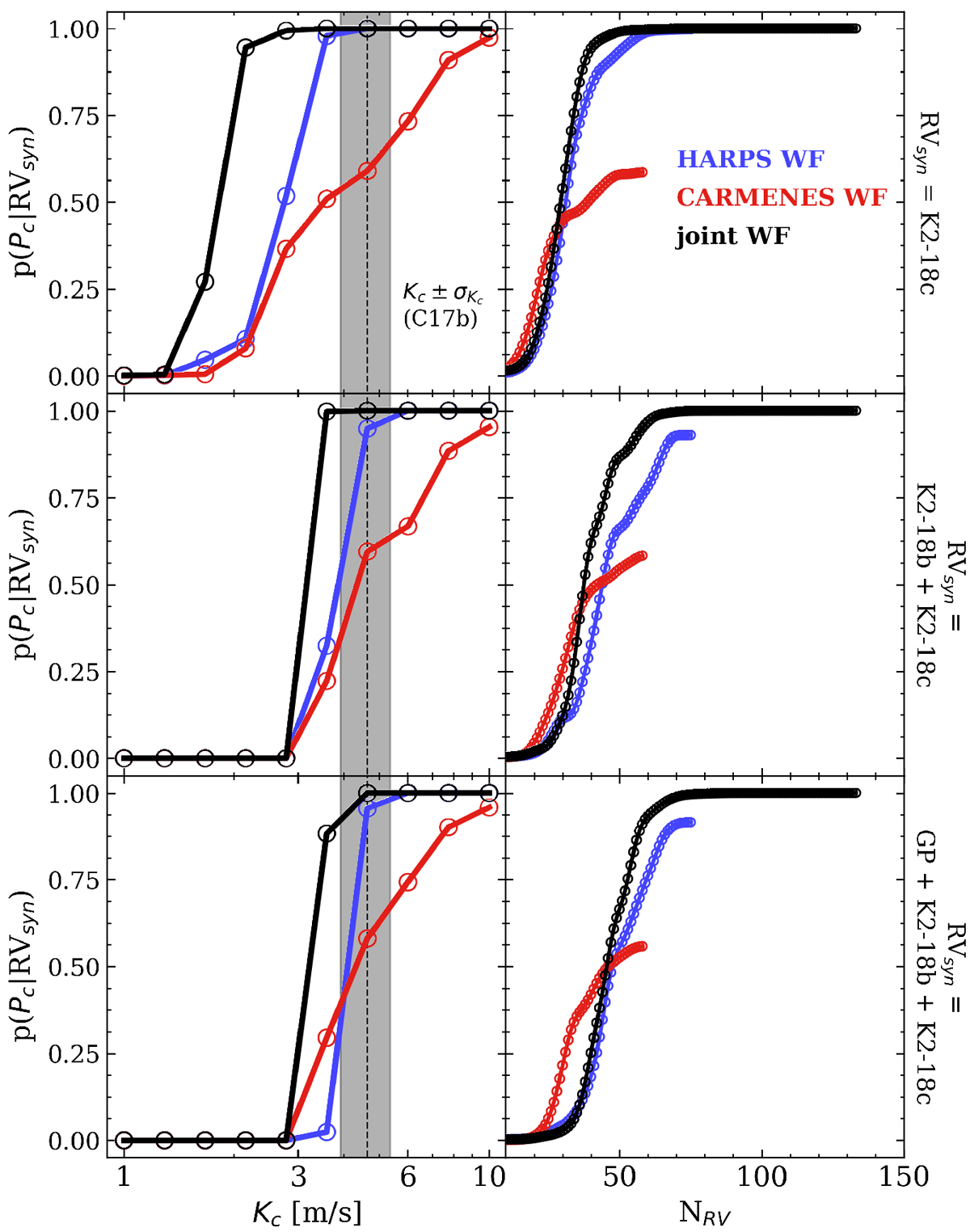