The BICEP and Keck Array experiments are a suite of small-aperture refracting telescopes observing the microwave sky from the South Pole. They target the degree-scale B-mode polarization signal imprinted in the Cosmic Microwave Background (CMB) by primordial gravitational waves. Such a measurement would shed light on the physics of the very early universe. While BICEP2 observed for the first time a B-mode signal at 150 GHz, higher frequencies from the Planck satellite showed that it could be entirely due to the polarized emission from Galactic dust, though uncertainty remained high. Keck Array has been observing the same region of the sky for several years, with an increased detector count, producing the deepest polarized CMB maps to date. New detectors at 95 GHz were installed in 2014, and at 220 GHz in 2015. These observations enable a better constraint of galactic foreground emissions, as presented here. In 2015, BICEP2 was replaced by BICEP3, a 10 times higher throughput telescope observing at 95 GHz, while Keck Array is now focusing on higher frequencies. In the near future, BICEP Array will replace Keck Array, and will allow unprecedented sensitivity to the gravitational wave signal. High resolution observations from the South Pole Telescope (SPT) will also be used to remove the lensing contribution to B-modes. 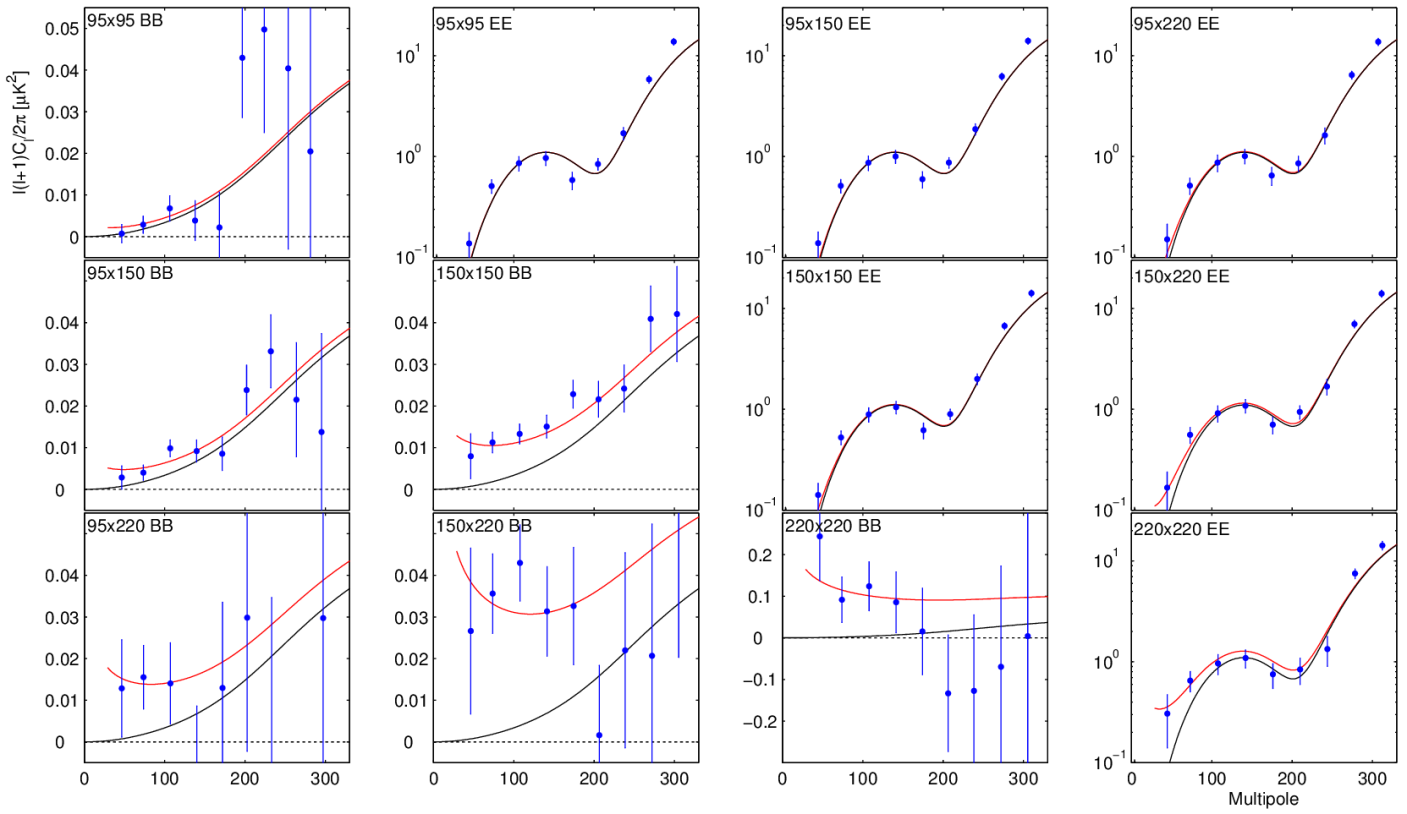