Electrons accelerated in relativistic collisionless shocks are usually assumed to follow a power-law energy distribution with an index of $p$. Observationally, although most gamma-ray bursts (GRBs) have afterglows that are consistent with $p>2$, there are still a few GRBs suggestive of a hard ($p<2$) electron energy spectrum. Our previous works found strong evidence for the exist of a double power-law hard electron energy (DPLH) spectrum with $1<p_1<2$, $p_2>2$ and an injection break assumed as $\gamma_{\rm b}\propto \gamma^{q}$ in the relativistic regime. Moreover, these works suggested a possibly universal value of $q\sim0.5$. GRB~060908 is another case that shows a flat spectrum in the optical/near-infrared band and requires a hard electron energy distribution, which, along with the rich multi-band afterglow data, provides us an opportunity to test this conjecture. Based on the model of \citet{Resmi08}, we explain the multi-band afterglow of GRB~060908 in a wind medium and take also the synchrotron self-Compton effect. We show that though the DPLH spectrum is favored by the afterglow data, the value of $q$ is badly constrained due to the relatively large uncertainties of the spectral indices. However, the afterglow can be well reproduced if we adopt $q=0.5$, implying the compatibility of the above conjecture with the data. 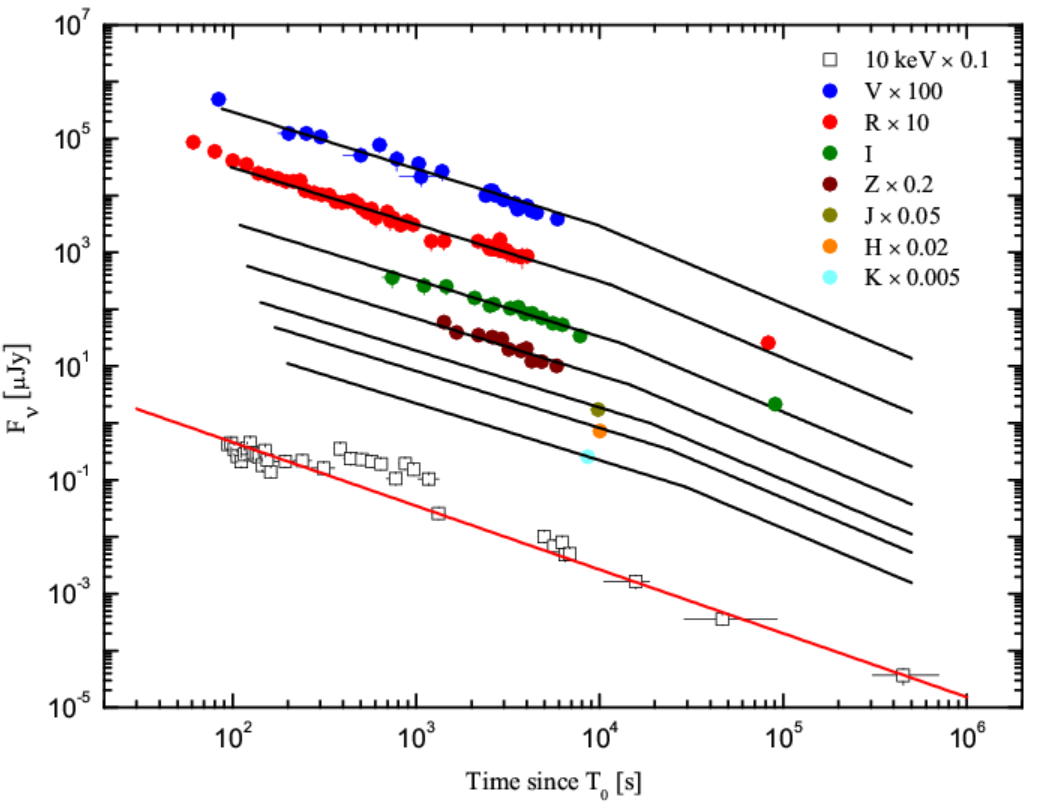