We present a new, open source, free, semi-analytic model (SAM) of galaxy formation, SHARK, designed to be highly flexible and modular, allowing easy exploration of different physical processes and ways of modelling them. We introduce the philosophy behind SHARK and provide an overview of the physical processes included in the model. SHARK is written in C++11 and has been parallelized with OpenMP. In the released version (V1.1), we implement several different models for gas cooling, active galactic nuclei, stellar and photo-ionization feedback, and star formation (SF). We demonstrate the basic performance of SHARK using the Planck Collaboration et al. (2016) cosmology SURFS simulations, by comparing against a large set of observations, including: the stellar mass function (SMF) and stellar-halo mass relation at z = 0-4; the cosmic evolution of the star formation rate density (SFRD), stellar mass, atomic and molecular hydrogen; local gas scaling relations; and structural galaxy properties, finding excellent agreement. Significant improvements over previous SAMs are seen in the mass-size relation for discs/bulges, the gas-stellar mass and stellar mass-metallicity relations. To illustrate the power of SHARK in exploring the systematic effects of the galaxy formation modelling, we quantify how the scatter of the SF main sequence and the gas scaling relations changes with the adopted SF law, and the effect of the starbursts H2 depletion time-scale on the SFRD and Ω _H_2. We compare SHARK with other SAMs and the hydrodynamical simulation EAGLE, and find that SAMs have a much higher halo baryon fractions due to large amounts of intra-halo gas, which in the case of EAGLE is in the intergalactic medium. 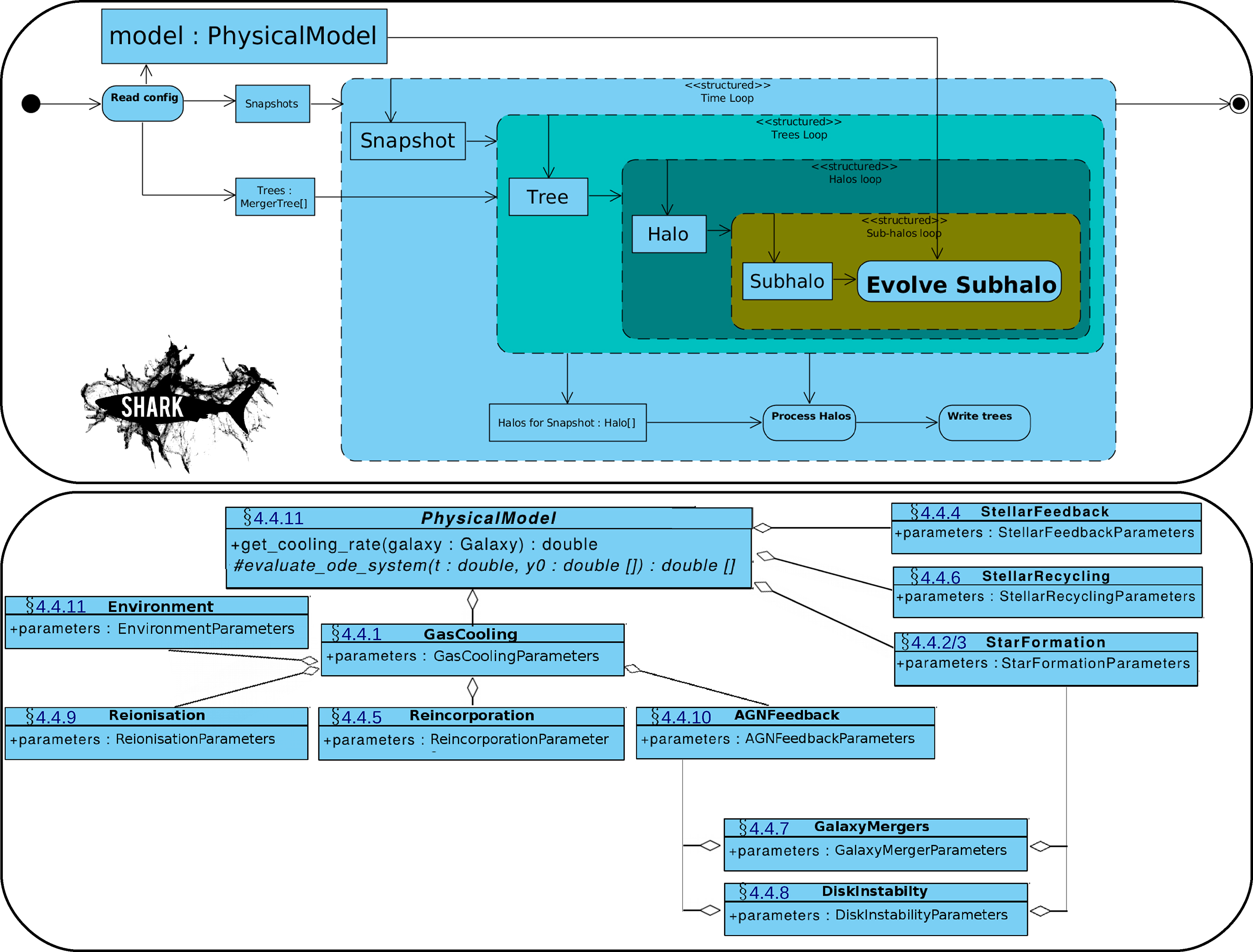