We construct from Gaia DR2 an extensive and very pure ({≲ } 0.2{{ per cent}} contamination) catalogue of wide binaries containing main-sequence (MS) and white dwarf (WD) components within 200 pc of the Sun. The public catalogue contains, after removal of clusters and resolved higher order multiples, > 50 000 MS/MS, > 3000 WD/MS, and nearly 400 WD/WD binaries with projected separations of 50 ≲ s/{au} < 50 000. Accounting for incompleteness and selection effects, we model the separation distribution of each class of binaries as a broken power law, revealing marked differences between the three populations. The separation distribution of MS/MS systems is nearly consistent with a single power law of slope -1.6 over at least 500 < s/au < 50 000, with marginal steepening at s > 10 000au. In contrast, the separation distributions of WD/MS and WD/WD binaries show distinct breaks at ∼3000 and ∼1500 au, respectively: they are flatter than the MS/MS distribution at small separations and steeper at large separations. Using binary population synthesis models, we show that these breaks are unlikely to be caused by external factors but can be explained if the WDs incur a kick of ∼0.75 km s-1 during their formation, presumably due to asymmetric mass-loss. The data rule out typical kick velocities above 2 km s-1. Our results imply that most wide binaries with separations exceeding a few thousand au become unbound during post-MS evolution. 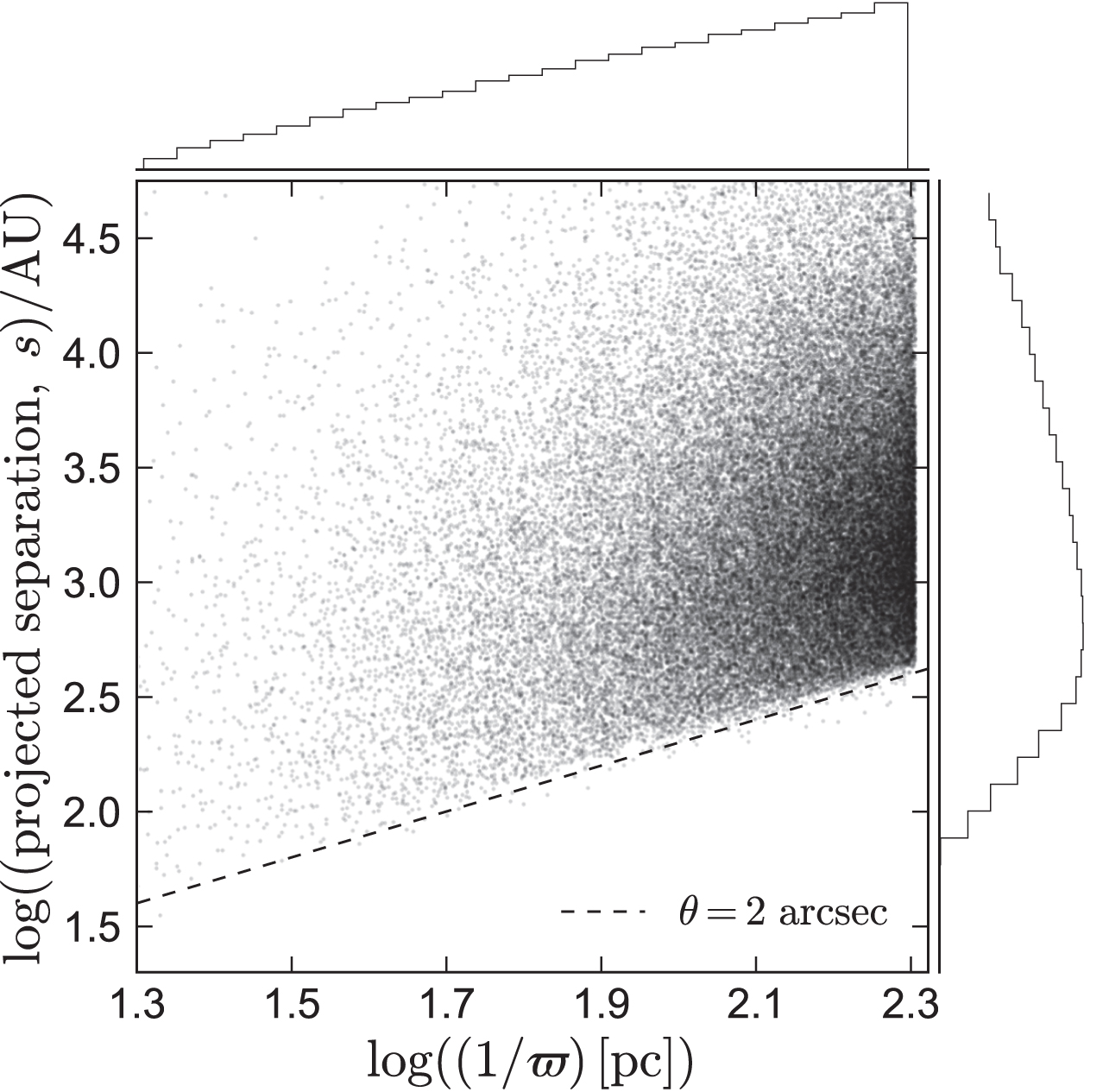