We report the results of our spectrophotometric monitoring campaign for AT 2017be in NGC 2537. Its light curve reveals a fast rise to an optical maximum, followed by a plateau lasting about 30 d, and finally a fast decline. Its absolute peak magnitude (Mr ≃ -12 mag) is fainter than that of core-collapse supernovae, and is consistent with those of supernova impostors and other intermediate-luminosity optical transients. The quasi-bolometric light-curve peaks at ∼2 × 1040 erg s-1, and the late-time photometry allows us to constrain an ejected 56Ni mass of ∼8 × 10-4 M☉. The spectra of AT 2017 be show minor evolution over the observational period, a relatively blue continuum showing at early phases, which becomes redder with time. A prominent H α emission line always dominates over other Balmer lines. Weak Fe II features, Ca II H&K, and the Ca II NIR triplet are also visible, while P-Cygni absorption troughs are found in a high-resolution spectrum. In addition, the [Ca II] λλ7291, 7324 doublet is visible in all spectra. This feature is typical of intermediate-luminosity red transients (ILRTs), similar to SN 2008S. The relatively shallow archival Spitzer data are not particularly constraining. On the other hand, a non-detection in deeper near-infrared HST images disfavours a massive Luminous Blue Variable eruption as the origin for AT 2017be. As has been suggested for other ILRTs, we propose that AT 2017be is a candidate for a weak electron-capture supernova explosion of a superasymptotic giant branch star, still embedded in a thick dusty envelope. 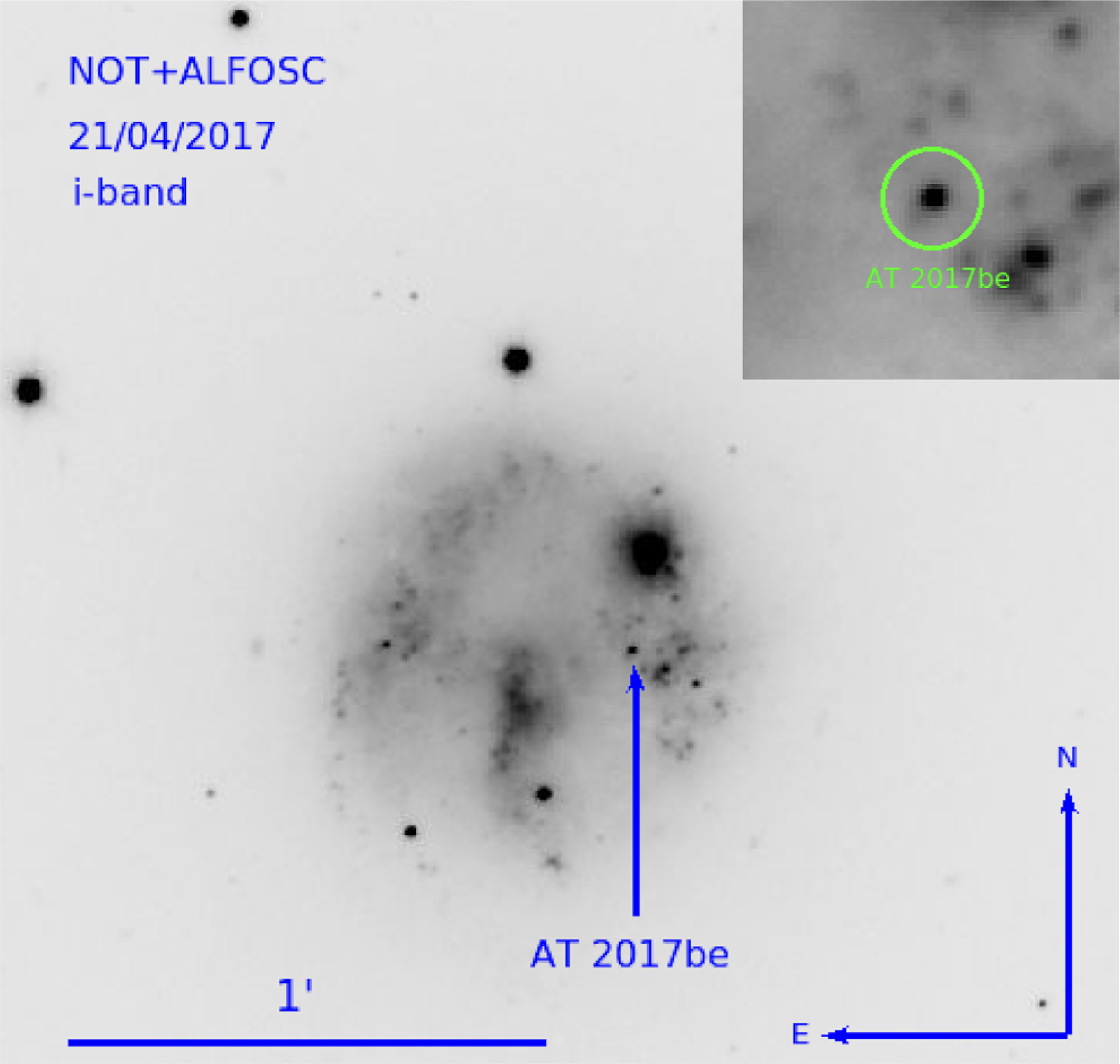