Evidence for the line-of-sight structure in the Hubble Frontier Field cluster, MACSJ0717.5+3745

MACS J0717 is the most massive and extended of the Hubble Frontier Field clusters. It is one of the more difficult clusters to model, and we argue that this is, in part, due to the line-of-sight structure (LoS) at redshifts beyond 2. We show that the GRALE mass reconstruction based on sources at 3 < zs < 4.1 has at least 1013 M☉ more mass than that based on nearby sources, zs < 2.6, and attribute the excess mass to a putative LoS, which is at least 75 arcsec from the cluster centre. Furthermore, the lens-model fitted zs's of the recent Kawamata et al. reconstruction are biased systematically low compared to photometric zs's, and the bias is a function of images' distance from the cluster centre. We argue that these mimic the effect of LoS. We conclude that even in the presence of 100-200 images, lens-model adjusted source redshifts can conceal the presence of LoS, demonstrating the existence of degeneracies between zs and (sub)structure. Also, a very good fit to image positions is not a sufficient condition for having a high-fidelity mass map: Kawamata et al. obtain an rms of 0.52 arcsec for 173 images of 60 sources; our GRALE reconstruction of the exact same data yields a somewhat different map, but similarly low rms, 0.62 arcsec. In contrast, a GRALE model that uses reasonable, but fixed zs gives a worse rms of 1.28 arcsec for 44 sources with 126 images. Unaccounted for LoS can bias the mass map, affecting the magnification and luminosity function estimates of high redshift sources. 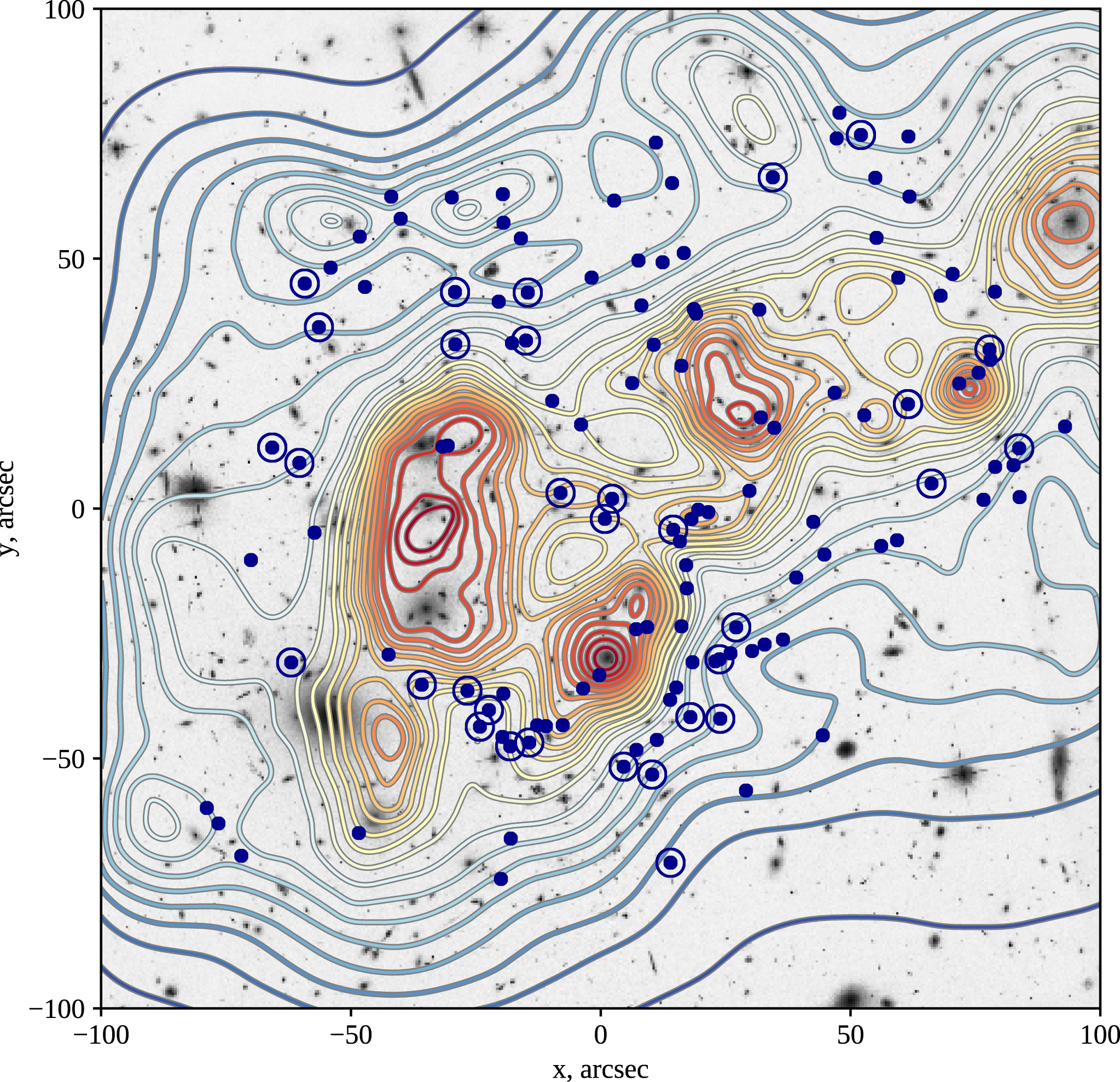