Giant, wide-separation planets often lie in the gap between multiple, distinct rings of circumstellar debris: this is the case for the HR 8799 and HD 95086 systems, and even the Solar system where the Asteroid and Kuiper belts enclose the four gas and ice giants. In the case that a debris disc, inferred from an infrared excess in the SED, is best modelled as two distinct temperatures, we infer the presence of two spatially separated rings of debris. Giant planets may well exist between these two belts of debris, and indeed could be responsible for the formation of the gap between these belts. We observe 24 such two-belt systems using the VLT/SPHERE high-contrast imager, and interpret our results under the assumption that the gap is indeed formed by one or more giant planets. A theoretical minimum mass for each planet can then be calculated, based on the predicted dynamical time-scales to clear debris. The typical dynamical lower limit is ∼0.2MJ in this work, and in some cases exceeds 1MJ. Direct imaging data, meanwhile, are typically sensitive to planets down to ∼3.6MJ at 1 arcsec, and 1.7MJ in the best case. Together, these two limits tightly constrain the possible planetary systems present around each target, many of which will be detectable with the next generation of high-contrast imagers. 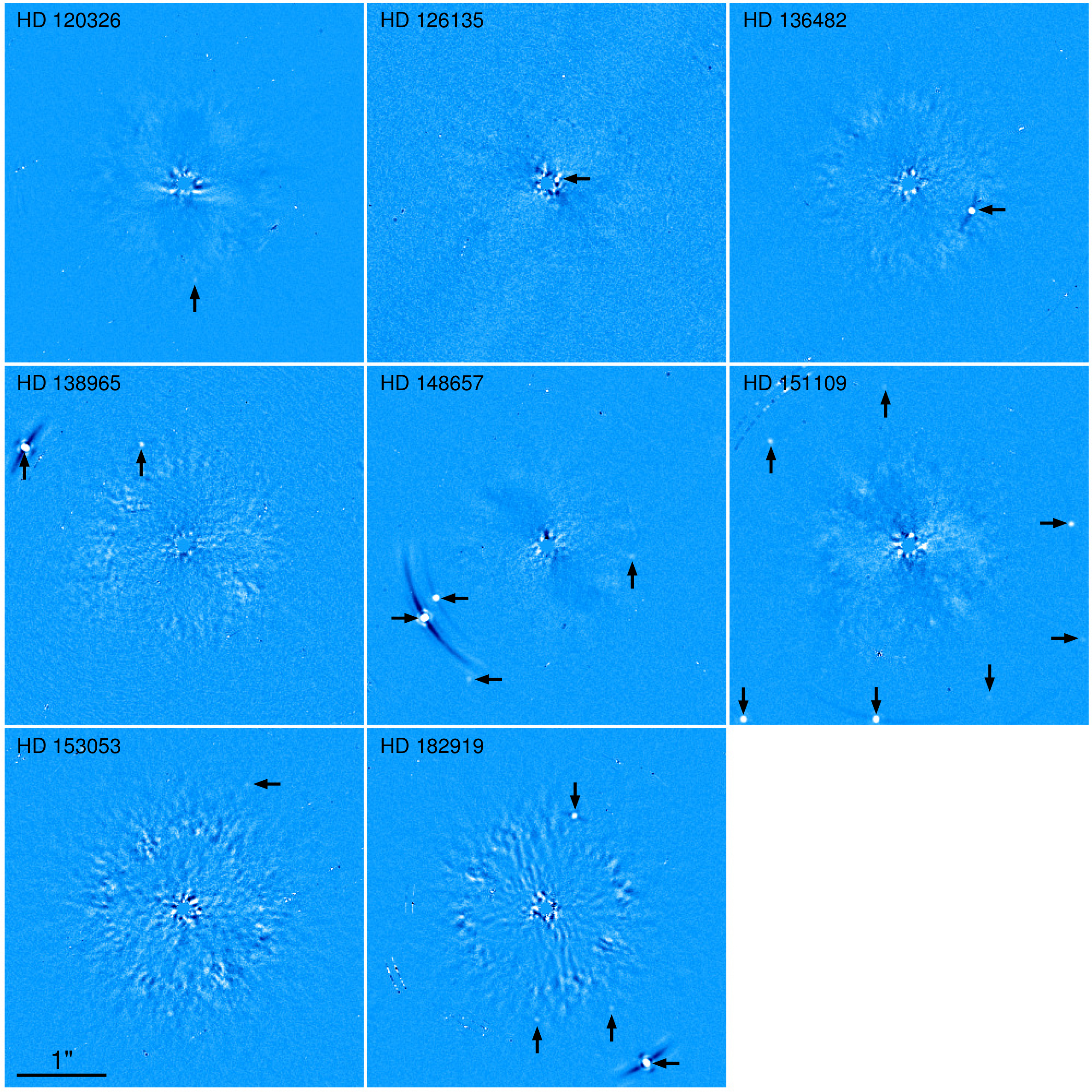