Formation of globular cluster systems: from dwarf galaxies to giants

Globular cluster (GC) systems around galaxies of a vast mass range show remarkably simple scaling relations. The combined mass of all GCs is a constant fraction of the total galaxy mass and the mean metallicity and metallicity dispersion of the GC system scale up weakly with galaxy mass. The metallicity of massive, metal-poor (`blue') clusters increases with cluster mass, while that of metal-rich (`red') clusters does not. A significant age-metallicity relation emerges from analysis of resolved stellar populations in Galactic GCs and unresolved populations in nearby galaxies. Remarkably, all these trends can be explained by a simple merger-based model developed in previous work and updated here using recent observations of galaxy scaling relations at high redshift. We show that the increasing dispersion of GC metallicity distributions with galaxy mass is a robust prediction of the model. It arises from more massive galaxies having more mergers that combine satellite GC systems. The average metallicity also increases by 0.6 over 3 dex in halo mass. The models show a non-linear trend between the GC system mass and host galaxy mass that is consistent with the data. The model does not consider GC self-enrichment, yet predicts a correlation between cluster mass and metallicity for massive blue clusters. The age-metallicity relation is another robust prediction of the model. Half of all clusters are predicted to form within the redshift range 5 < z < 2.3, corresponding to ages of 10.8-12.5 Gyr, in haloes of masses 10^{11} - 10^{12.5} M_{☉}. 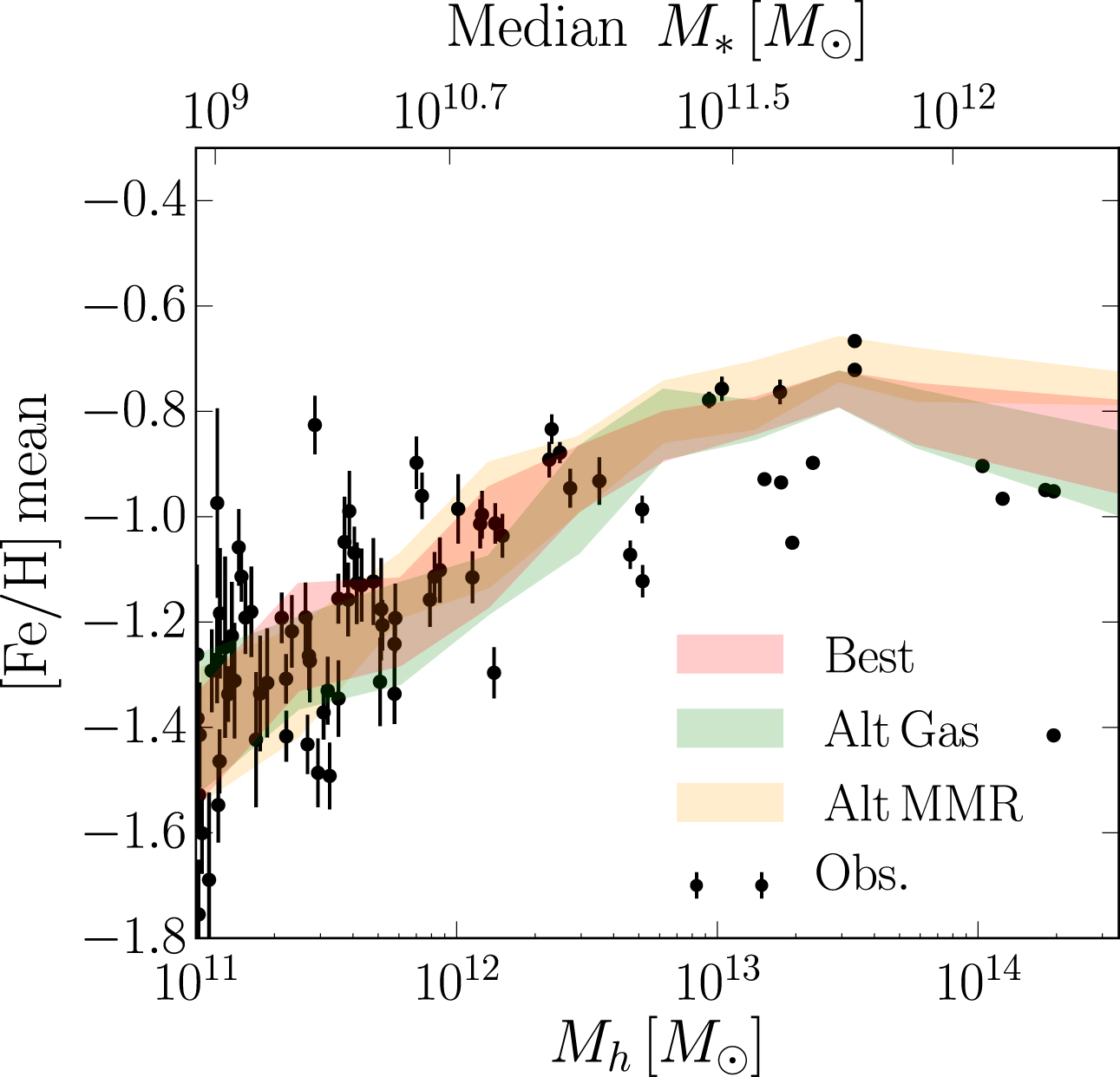