ΛCDM predictions for the satellite population of M33

Triangulum (M33) is the most massive satellite galaxy of Andromeda (M31), with a stellar mass of about 3 × 109 M⊙. Based on abundance matching techniques, M33's total mass at infall is estimated to be of order 1011 M⊙. ΛCDM simulations predict that M33-mass halos host several of their own low-mass satellite companions, yet only one candidate M33 satellite has been detected in deep photometric surveys to date. This `satellites of satellites' hierarchy has recently been explored in the context of the dwarf galaxies discovered around the Milky Way's Magellanic Clouds in the Dark Energy Survey. Here, we discuss the number of satellite galaxies predicted to reside within the virial radius (∼160 kpc) of M33 based on ΛCDM simulations. We also calculate the expected number of satellite detections in N fields of data using various ground-based imagers. Finally, we discuss how these satellite population predictions change as a function of M33's past orbital history. If M33 is on its first infall into M31's halo, its proposed satellites are expected to remain bound to M33 today. However, if M33 experienced a recent tidal interaction with M31, the number of surviving satellites depends strongly on the distance achieved at pericenter due to the effects of tidal stripping. We conclude that a survey extending to ∼100 kpc around M33 would be sufficient to constrain its orbital history and a majority of its satellite population. In the era of WFIRST, surveys of this size will be considered small observing programs. 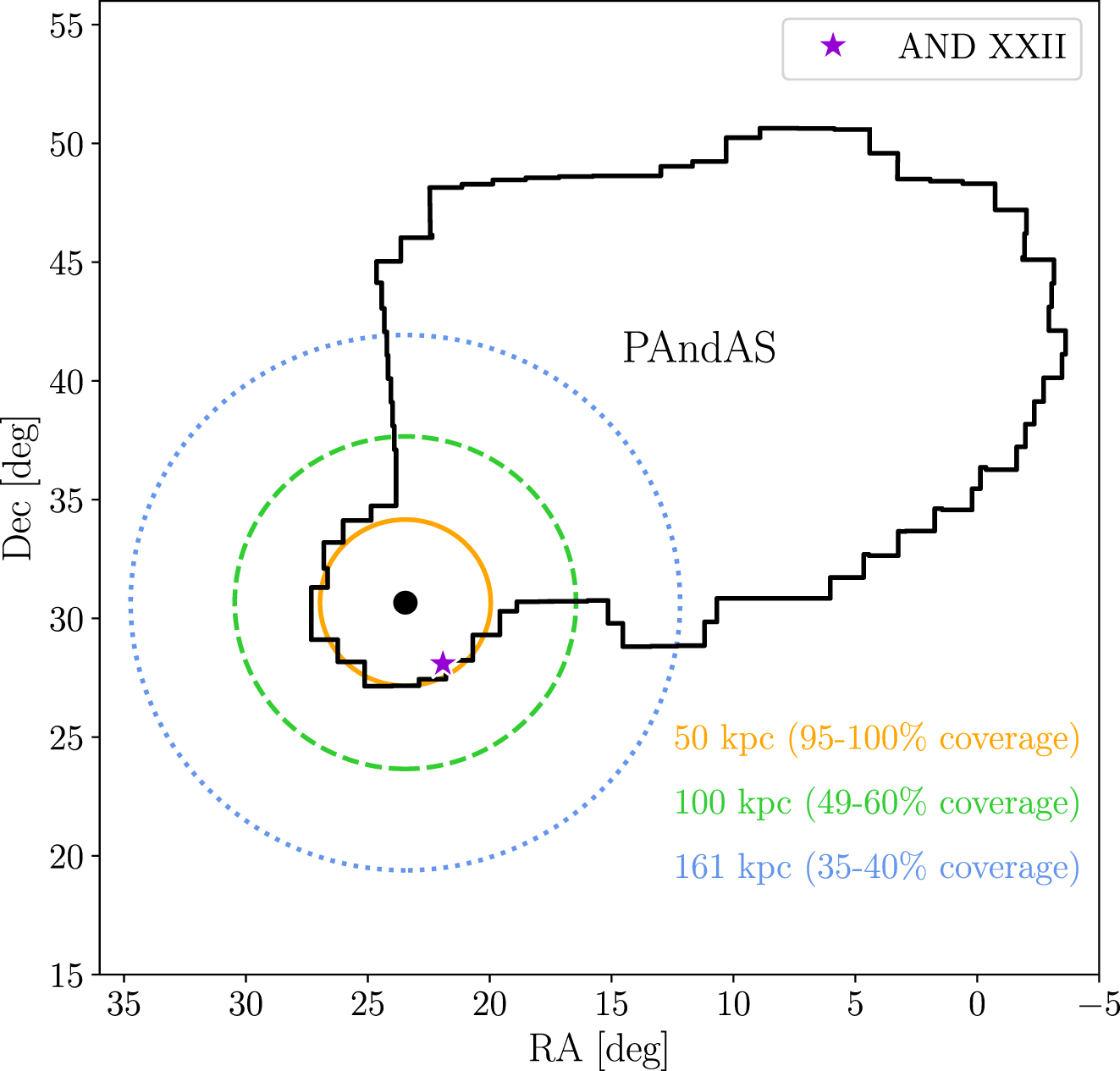