Proxima Centauri, our closest stellar neighbour, is a low-mass M5 dwarf orbiting in a triple system. An Earth-mass planet with an 11 d period has been discovered around this star. The star's mass has been estimated only indirectly using a mass-luminosity relation, meaning that large uncertainties affect our knowledge of its properties. To refine the mass estimate, an independent method has been proposed: gravitational microlensing. By taking advantage of the close passage of Proxima Cen in front of two background stars, it is possible to measure the astrometric shift caused by the microlensing effect due to these close encounters and estimate the gravitational mass of the lens (Proxima Cen). Microlensing events occurred in 2014 and 2016 with impact parameters, the closest approach of Proxima Cen to the background star, of 1.6 ± 0.1 and 0.5 ± 0.1 arcsec, respectively. Accurate measurements of the positions of the background stars during the last 2 yr have been obtained with Hubble Space Telescope/Wide Field Camera 3, and with Very Large Telescope/Spectro-Polarimetric High-contrast Exoplanet REsearch (SPHERE) from the ground. The SPHERE campaign started on 2015 March, and continued for more than 2 yr, covering nine epochs. The parameters of Proxima Centauri's motion on the sky, along with the pixel scale, true North, and centring of the instrument detector were readjusted for each epoch using the background stars visible in the IRDIS field of view. The experiment has been successful and the astrometric shift caused by the microlensing effect has been measured for the second event in 2016. We used this measurement to derive a mass of 0.150^{+0.062}_{-0.051} (an error of ∼ 40 per cent) M☉ for Proxima Centauri acting as a lens. This is the first and the only currently possible measurement of the gravitational mass of Proxima Centauri. 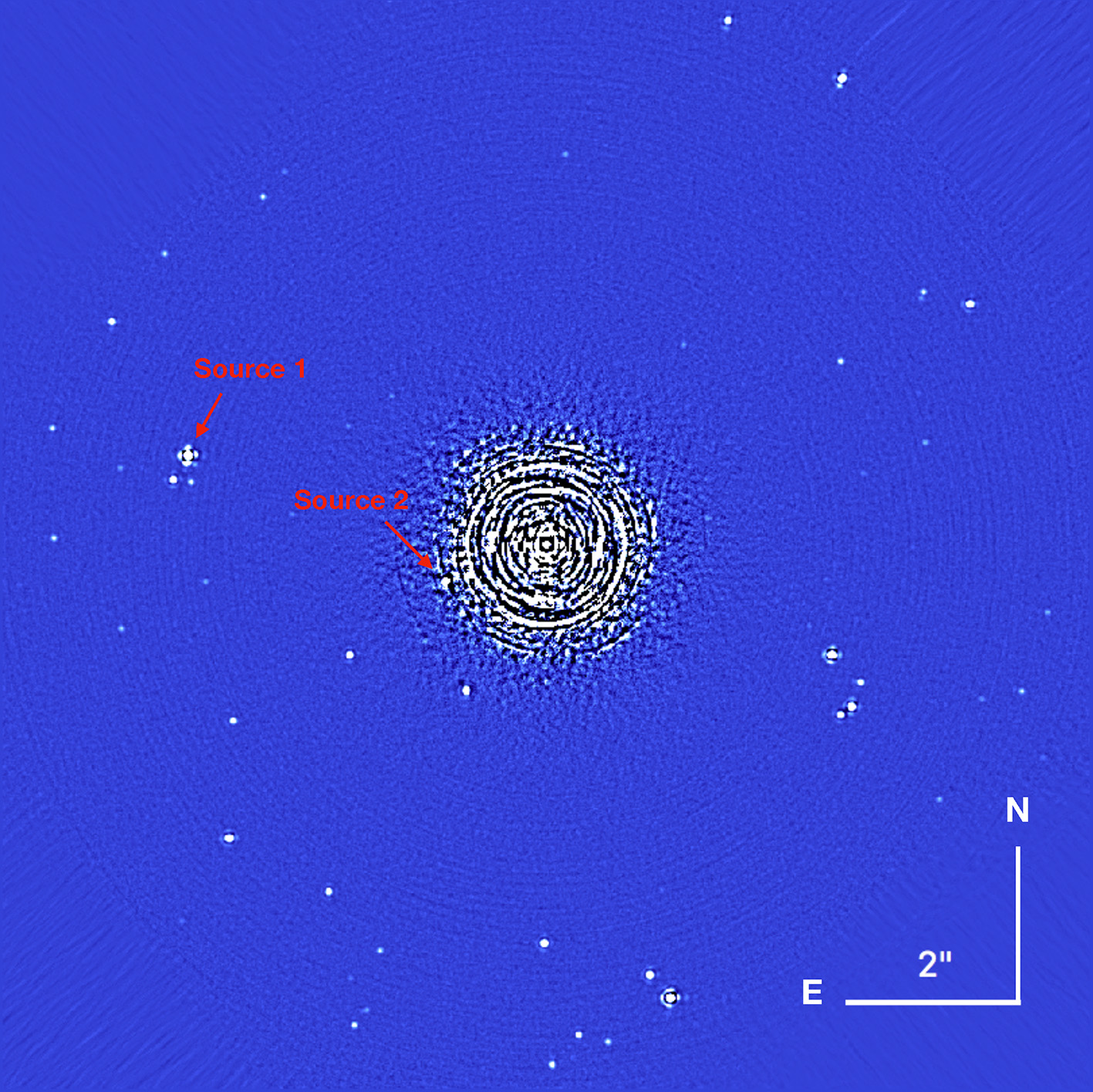