We present observations at 1.1 mm towards 16 powerful radio galaxies and a radio-quiet quasar at 0.5 < z < 6.3 acquired with the AzTEC camera mounted at the James Clerk Maxwell Telescope and Atacama Submillimeter Telescope Experiment to study the spatial distribution of submillimetre galaxies (SMGs) towards possible protocluster regions. The survey covers a total area of 1.01 sq deg with rms depths of 0.52-1.44 mJy and detects 728 sources above 3σ. We find overdensities of a factor of ∼2 in the source counts of three individual fields (4C+23.56, PKS1138-262, and MRC0355-037) over areas of ∼200 sq deg. When combining all fields, the source-count analysis finds an overdensity that reaches a factor ≳3 at S1.1mm ≥ 4 mJy covering a 1.5-arcmin-radius area centred on the active galactic nucleus. The large size of our maps allows us to establish that beyond a radius of 1.5 arcmin, the radial surface density of SMGs falls to that of a blank field. In addition, we find a trend for SMGs to align closely to a perpendicular direction with respect to the radio jets of the powerful central radio galaxies (73_{+13}^{-14} deg). This misalignment is found over projected comoving scales of 4-20 Mpc, departs from perfect alignment (0 deg) by ∼5σ, and apparently has no dependence on SMG luminosity. Under the assumption that the AzTEC sources are at the redshift of the central radio galaxy, the misalignment reported here can be interpreted as SMGs preferentially inhabiting mass-dominant filaments funnelling material towards the protoclusters, which are also the parent structures of the radio galaxies. 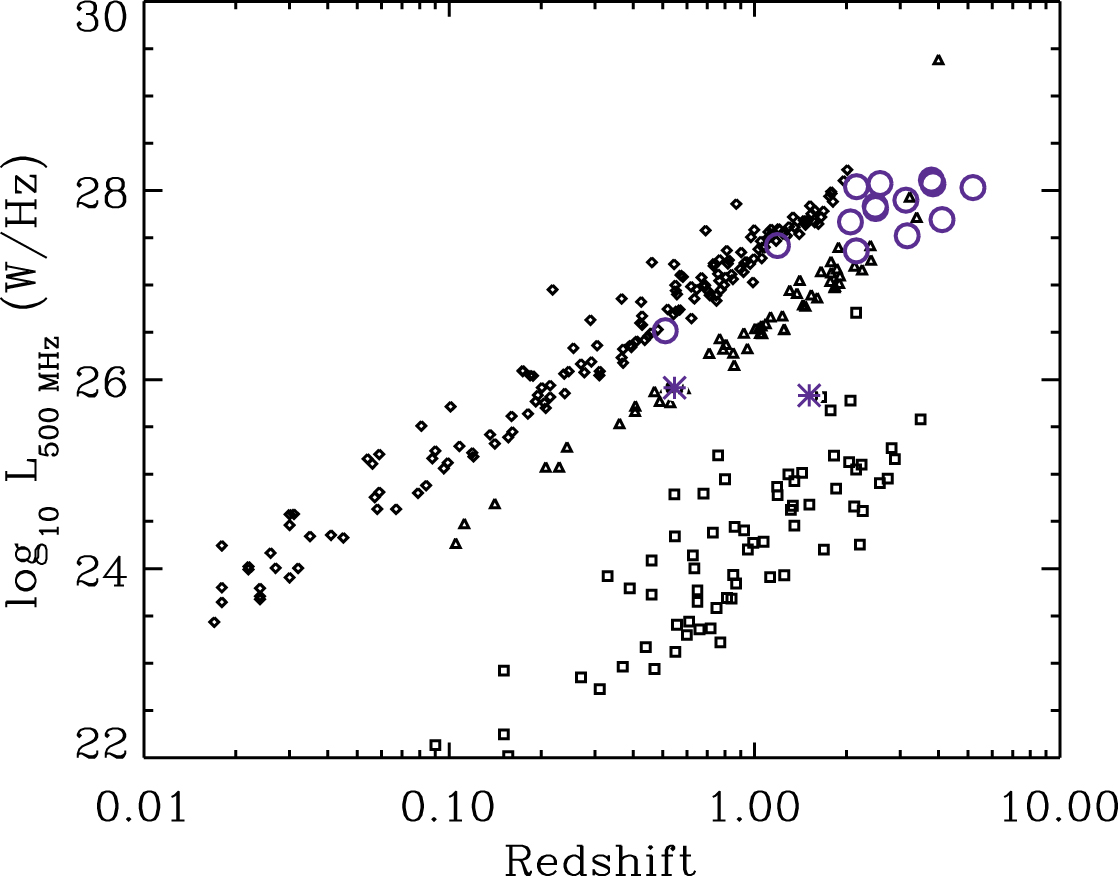