We present a selection of 24 candidate galaxy-galaxy lensing (GGL) identified from Hubble images in the outskirts of the massive galaxy clusters from the Cluster Lensing And Supernova survey with Hubble (CLASH) . These GGLs provide insights into the mass distributions at larger scales than the strong-lensing region in the cluster cores. We built parametric mass models for three of these GGLs showing simple lensing configurations, in order to assess the properties of their lens and its environment. We show that the local shear estimated from the GGLs traces the gravitational potential of the clusters at a radial distance of 1-2 arcmin, allowing us to derive their velocity dispersion. We also find a good agreement between the strength of the shear measured at the GGL positions through strong-lensing modelling and the value derived independently from a weak-lensing analysis of the background sources. Overall, we show the advantages of using single GGL events in the outskirts of clusters to robustly constrain the local shear, even when only photometric redshift estimates are known for the source. We argue that the mass-luminosity scaling relation of cluster members can be tested by modelling the GGLs found around them, and show that the mass parameters can vary up to ̃30 per cent between the cluster and GGL models assuming this scaling relation. 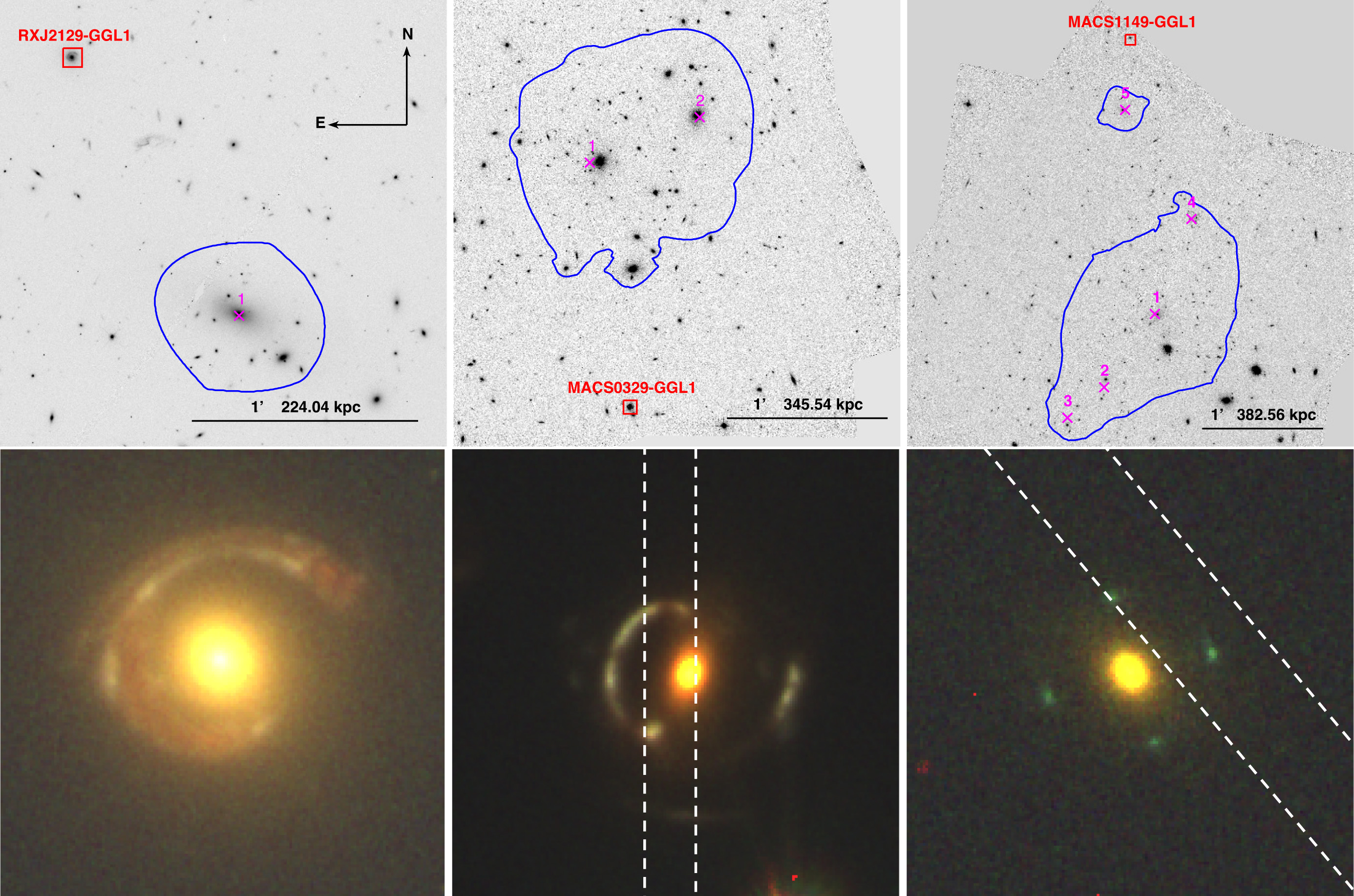