We present SOFIA-upGREAT observations of [C II] emission of Infrared Dark Cloud (IRDC) G035.39-00.33, designed to trace its atomic gas envelope and thus test models of the origins of such clouds. Several velocity components of [C II] emission are detected, tracing structures that are at a wide range of distances in the Galactic plane. We find a main component that is likely associated with the IRDC and its immediate surroundings. This strongest emission component has a velocity similar to that of the 13CO(2-1) emission of the IRDC, but offset by ∼3 km s-1 and with a larger velocity width of ∼9 km s-1. The spatial distribution of the [C II] emission of this component is also offset predominantly to one side of the dense filamentary structure of the IRDC. The C II column density is estimated to be of the order of ∼1017-1018 cm-2. We compare these results to the [C II] emission from numerical simulations of magnetized, dense gas filaments formed from giant molecular cloud (GMC) collisions, finding similar spatial and kinematic offsets. These observations and modellingof [C II] add further to the evidence that IRDC G035.39-00.33 has been formed by a process of GMC-GMC collision, which may thus be an important mechanism for initiating star cluster formation. 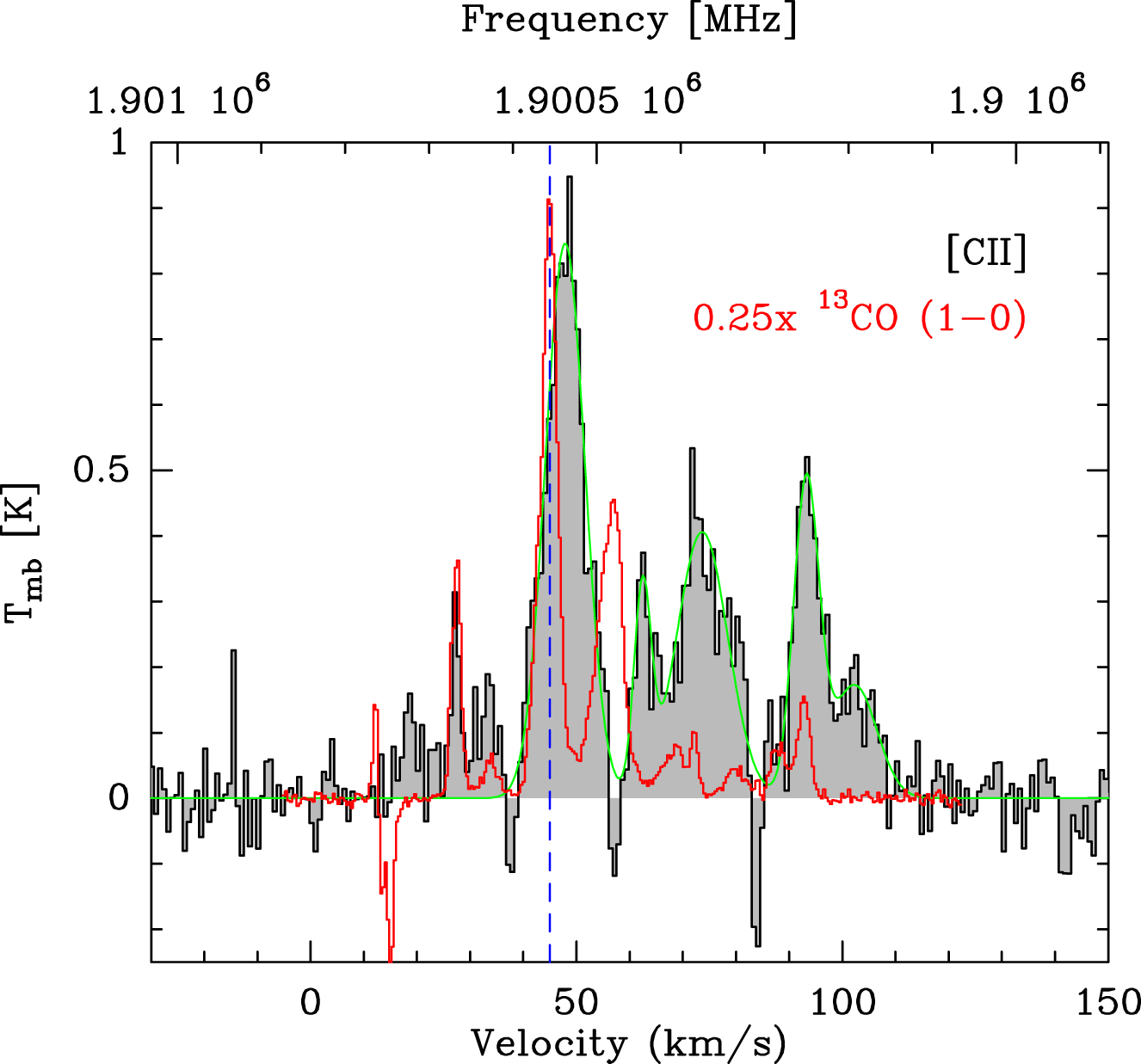