Generation of a circumstellar gas disc by hot Jupiter WASP-12b

Observations of transiting extra-solar planets provide rich sources of data for probing the in-system environment. In the WASP-12 system, a broad depression in the usually bright Mg II h&k lines has been observed, in addition to atmospheric escape from the extremely hot Jupiter WASP-12b. It has been hypothesized that a translucent circumstellar cloud is formed by the outflow from the planet, causing the observed signatures. We perform 3D hydrodynamic simulations of the full system environment of WASP-12, injecting a planetary wind and stellar wind from their respective surfaces. We find that a torus of density high enough to account for the lack of Mg II h&k line core emission in WASP-12 can be formed in approximately 13 yr. We also perform synthetic observations of the Lyman α spectrum at different points in the planet's orbit, which demonstrate that significant absorption occurs at all points in the orbit, not just during transits, as suggested by the observations. 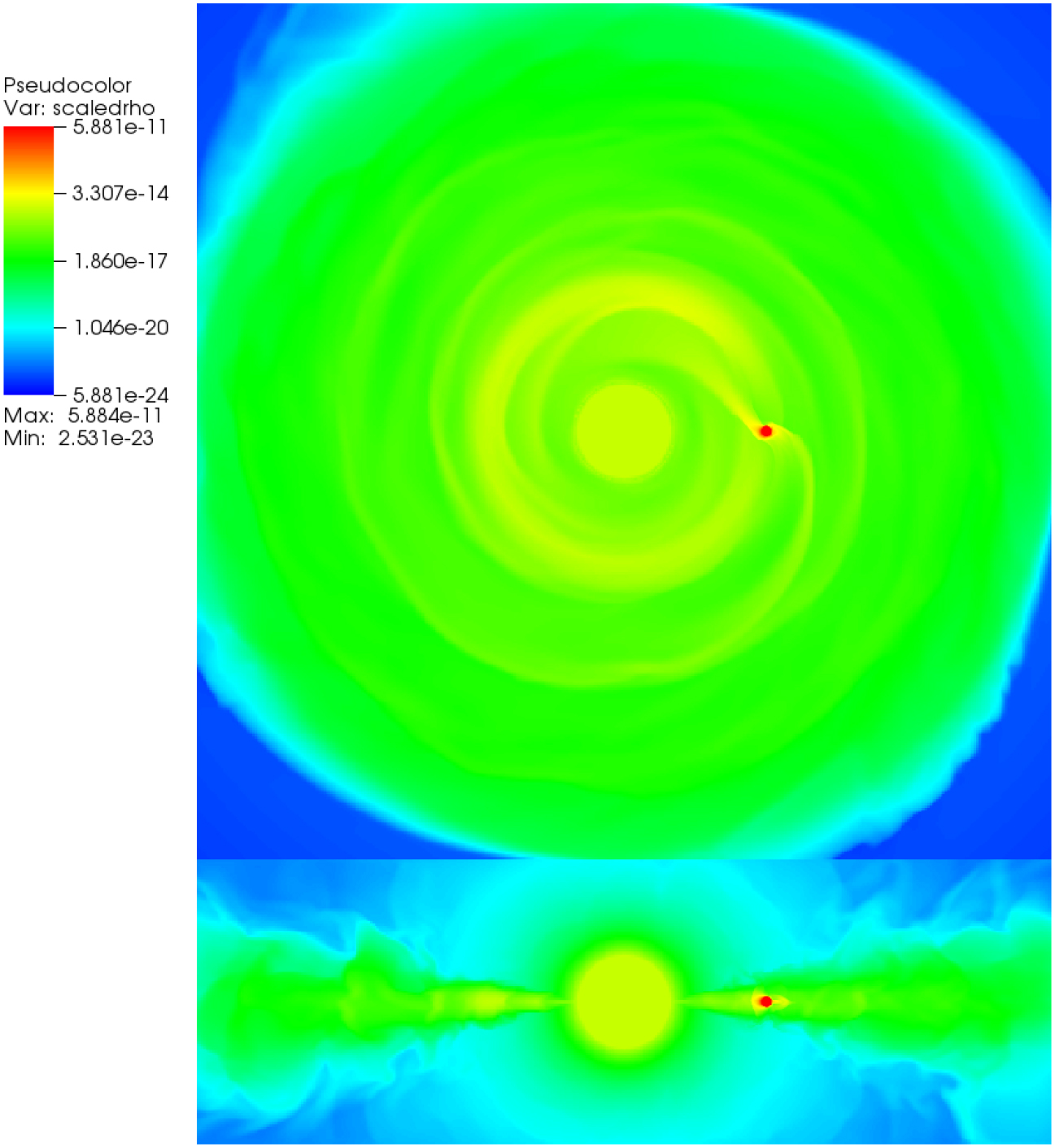