In this work, we extend the work on the recently discovered role of Cosmic Rays (CRs) in regulating the average CO/H_2 abundance ratio in molecular clouds (and thus their CO line visibility) in starburst galaxies, and find that it can lead to a CO-poor/C I-rich H_2 gas phase even in environments with Galactic or in only modestly enhanced CR backgrounds expected in ordinary star-forming galaxies. Furthermore, the same CR-driven astro-chemistry raises the possibility of a widespread phase transition of a molecular gas towards a CO-poor/CI-rich phase in: (a) molecular gas outflows found in star-forming galaxies, (b) active galactic nuclei (AGNs), and (c) near synchrotron-emitting radio jets and the radio-loud cores of powerful radio galaxies. For main sequence galaxies we find that CRs can render some of their molecular gas mass CO-invisible, compounding the effects of low metallicities. Imaging the two fine structure lines of atomic carbon with resolution high enough to search beyond the CI/CO-bright line regions associated with central starbursts can reveal such a CO-poor/C I-rich molecular gas phase, provided that relative brightness sensitivity levels of Tb(C I 1 - 0)/Tb(CO J = 1 - 0) ∼0.15 are reached. The capability to search for such gas in the Galaxy is now at hand with the new high-frequency survey telescope HEAT deployed in Antarctica and future ones to be deployed in Dome A. ALMA can search for such gas in star-forming spiral discs, galactic molecular gas outflows, and the CR-intense galactic and circumgalactic gas-rich environments of radio-loud objects. 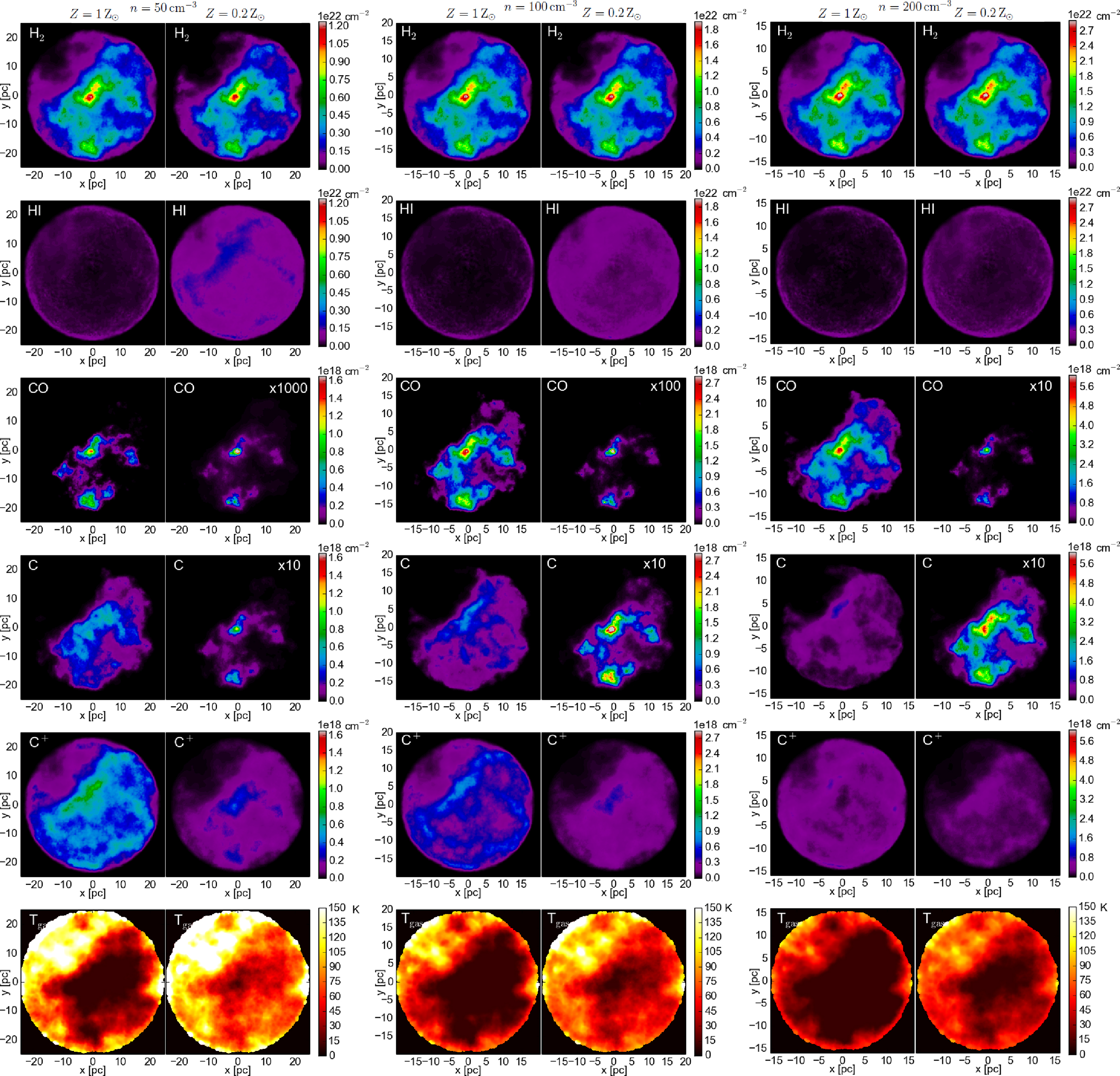